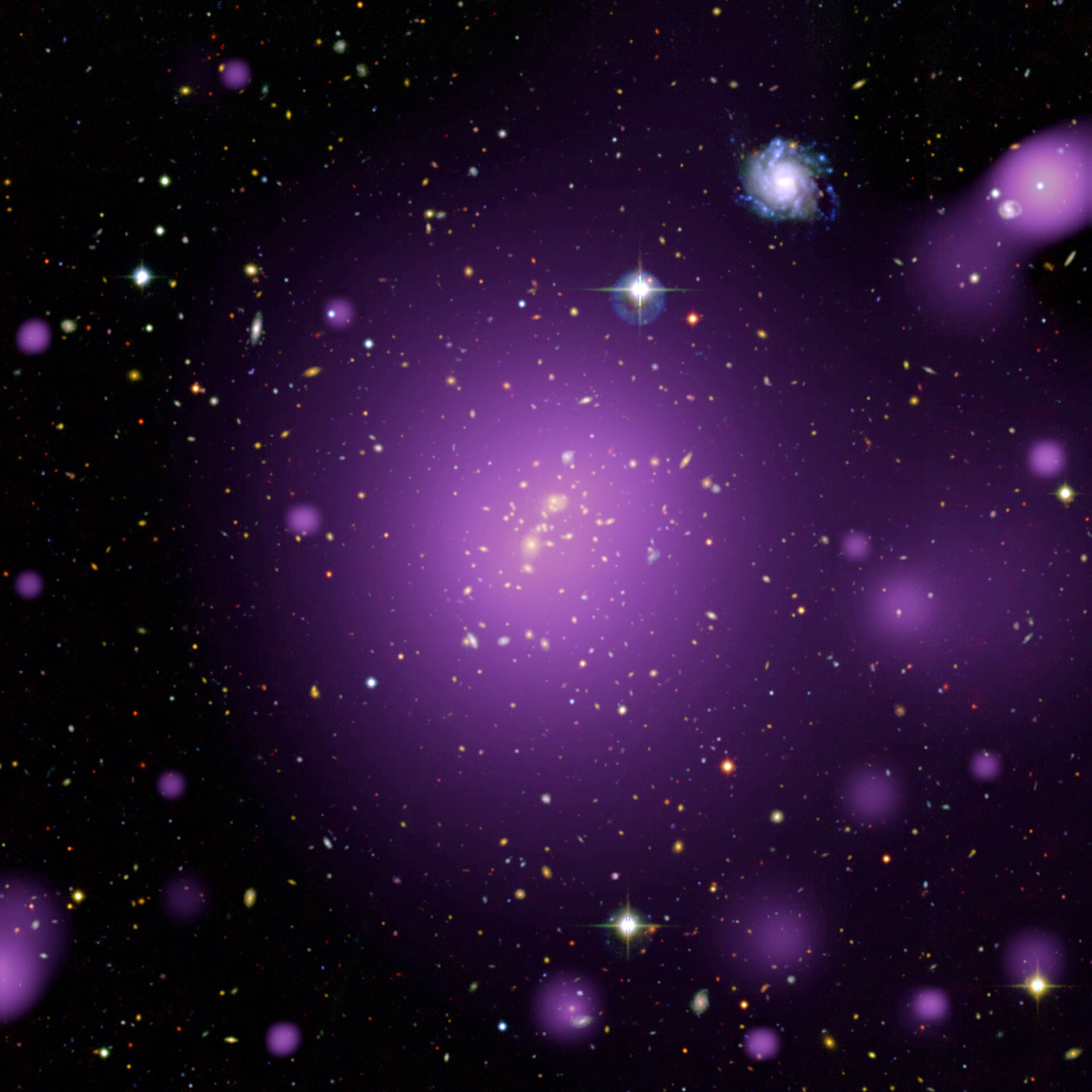 The cluster is home to a few hundreds of galaxies, large amounts of diffuse, X-ray bright gas, and even larger amounts of dark matter, with a total mass equivalent to some 500 trillion solar masses. Because of its distance from us, we are seeing this galaxy cluster as it was when the Universe was only about nine billion years old.

The galaxies that belong to the cluster are concentrated towards the centre, with two dominant members. Since galaxy clusters normally have only one major galaxy at their core, this suggests that XLSSC006 is undergoing a merger event.

Pictured in this view, where the X-ray data are combined with a three-colour composite of optical and near-infrared data from the Canada-France-Hawaii Telescope, are a multitude of other galaxies. Some are closer to us than the cluster – like the spiral galaxy towards the top right – and some are farther away. The image also shows a handful of foreground stars belonging to our Milky Way galaxy, which stand out with their diffraction spikes (a common artefact of astronomical images), while the small purple dots sprinkled across the frame are point sources of X-rays, many of them beyond the Milky Way.

The X-ray data were obtained as part of the XXL Survey, XMM-Newton’s largest observational programme to date, with follow-up observations performed by a number of other observatories around the world and in space. The latest XXL Survey release contains data for 365 galaxy clusters, tracing their large-scale distribution across cosmic history. These observations are helping astronomers refine our understanding of the Universe’s structure and evolution, and will serve as a reference for ESA’s future missions Euclid and Athena.