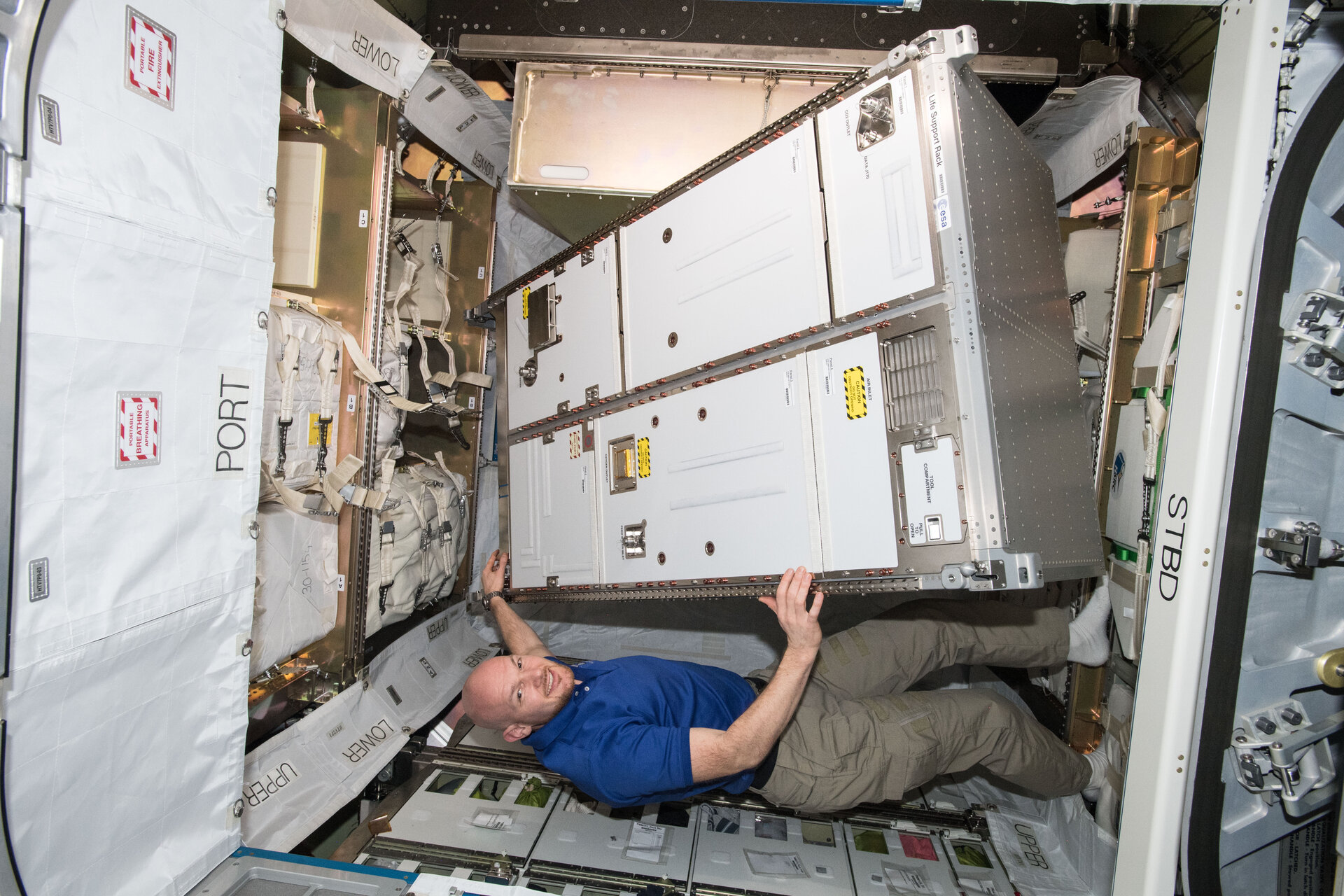 ESA astronaut Alexander Gerst installed the Advanced Closed Loop System on 1 October in the International Space Station. This Life Support Rack recycles carbon dioxide into oxygen and will allow for significantly less supplies needing to be shipped from Earth – as much as 400 litres less water a year sent by supply spacecraft.

The facility is the size of an International Standard Payload Rack – about 2 m high, 1 m wide, and 85.9 cm deep – and weighs over 670 kg on Earth, but Alexander could move it easily the couple of metres from the Japanese HTV-7 cargo spacecraft to its installation site in the US Destiny space laboratory due to the wonders of weightlessness.

Astronauts will connect the facility’s cables, pipes and filters this week, with checkout operations foreseen for 6 November. The system collects carbon dioxide in the air and processes it to create methane and water. Electrolysis then splits the water back into oxygen while the methane is vented into space.

Once up and running the facility should generate about 50% of the water needed for oxygen production on the Space Station.

The system is a huge step for human spaceflight as space agencies prepare for exploring further from Earth. Sustainable life-support systems are needed for longer missions such as to the lunar Gateway that is the next structure to be built by the partners of the International Space Station. Foreseen as a staging post for missions to the Moon and even Mars the Gateway will be further away from Earth, making it harder and more expensive to ferry supplies.