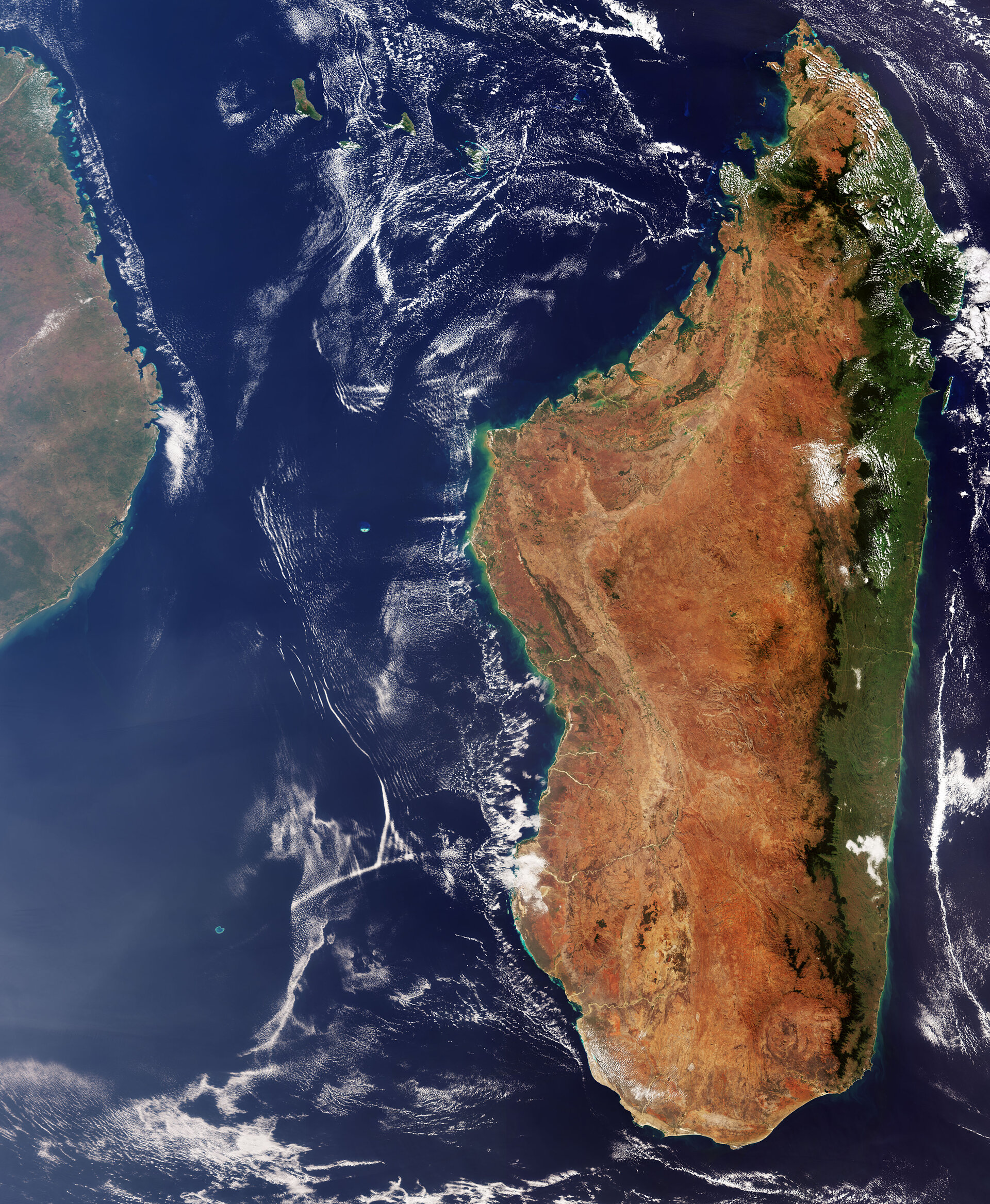 The Copernicus Sentinel-3 mission takes us over Madagascar. This huge island nation, located off the east coast of Africa and seen in the left of the image, has a population of around 25 million. More than half of the country’s inhabitants are aged under 25. The island is also home to rare flora and fauna, having developed its own ecosystems and wildlife since splitting from the African continent some 160 million years ago.

Preserving its impressive biodiversity is an ongoing challenge for the country. With an area of almost 600 000 sq km, Madagascar is the fourth largest island in the world. Some of the world’s most extensive coral reef systems, huge mangrove areas, and a vast array of birds, lemurs, and many other species can be found here. Deforestation poses a serious threat to the island’s habitats, with illegal wildlife trade representing a further challenge.

In this true-colour image from Copernicus Sentinel-3’s ocean and land colour instrument, we can see sediment in the water along the coast. The island appears in green on the east coast, where the prevailing trade winds bring clouds and up to 3.5 m of rain per year to the low-lying coast.

The central and western highlands and coast appear in brown and are much dryer, especially between May to October. The volcanic mountainous area of Ankaratra can be found in the central highlands. In the north of the island, the highest peak of Maromokotro stands almost 2900 m above sea level.

The Mozambique Channel, which separates Madagascar from the continent, is an important shipping route for east Africa and home to significant tuna reserves. Efforts are underway to ensure that sustainability is considered in local development. Identifying and protecting critical habitats, such as migratory corridors, is part of this work.

Sentinel-3 is a two-satellite mission to supply the coverage and data delivery needed for Europe’s Copernicus environmental monitoring programme. It provides critical information for a range of applications from marine observation to large-area vegetation monitoring.

This image, which was captured on 7 August 2018, is also featured on the Earth from Space video programme.