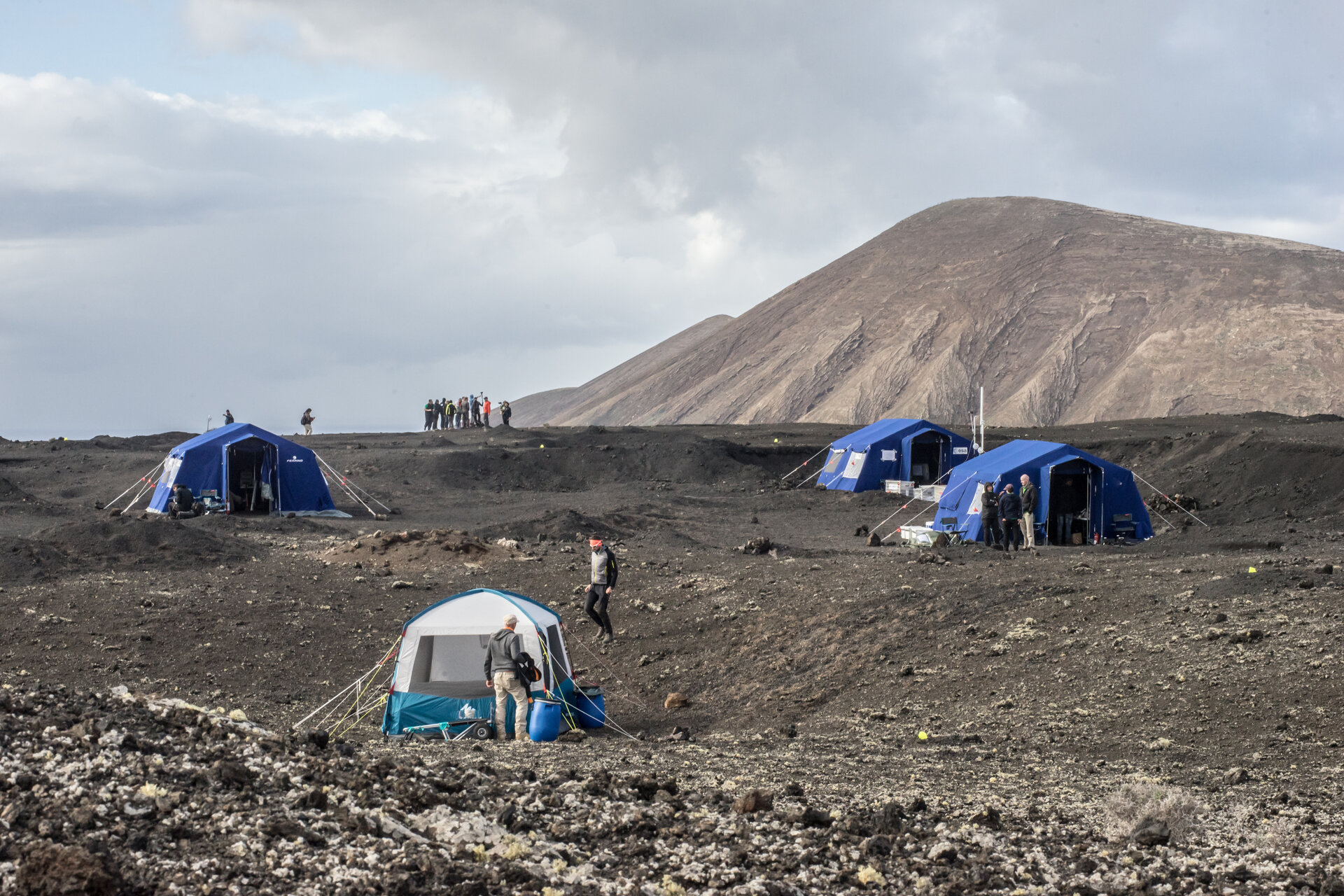 The technology-focused extension of the Pangaea geology field course, Pangaea-X, is in full swing this week on Lanzarote, part of the Canary Islands. The test campaign combines geology and space exploration with high-tech equipment to prepare humans for extra-terrestrial terrains.

Over the course of the week ESA astronaut Matthias Maurer, scientists, operations experts and engineers will work side-by-side on eight experiments and technology demonstrations to advance European know-how of human and robotic mission operations.

Known as the island of a thousand volcanoes, Lanzarote was chosen because of its geological similarity with Mars such as a volcanic origin, mild sedimentary processes owing to a dry climate, little vegetation and a well-preserved landscape. It is the perfect setting to test the best way for astronauts to take rock samples of the terrain.

Communications delays that are as much a part of space missions as sampling and scientific objectives will also be included in the campaign. Astronauts operating rovers on the surface of the Moon, for example, must contend with low-quality links and delays in space.

One of the experiments taking place this week is called Analog-1 and will test the science, operations and communications aspects of an exploratory mission.

From Lanzarote Matthias will drive a rover located at ESA’s main technology centre in The Netherlands.

A team of scientists will advise Matthias on the most interesting samples from a scientific point of view. He will use a tool that integrates real-time positioning, data sharing, voice chat and much more. This Electronic Field Book is an all-in-one, easy-to-use and plug-and-play device ‘made in ESA’.

The dry-run is a precursor to the same experiment that ESA astronaut Luca Parmitano will carry out next year but this time from the International Space Station, taking Moon-targeted operations out into space. Humankinds’s only orbital outpost in space is an excellent stand-in for orbital platforms around the Moon, allowing humans to test the waters for future exploration.

The International Space Station has a long history of being used as a test-bed for exploration techniques and technology. ESA has been running experiments controlling robots on Earth from space for over five years and 20 November 2018 marks 20 years of collaboration on this greatest international project of all time. In celebration, take a look back at 20 of our most memorable moments on the International Space Station. Eager to take part in celebrations online? Share your most memorable Space Station moments, photos or footage using hashtag #SpaceStation20th.