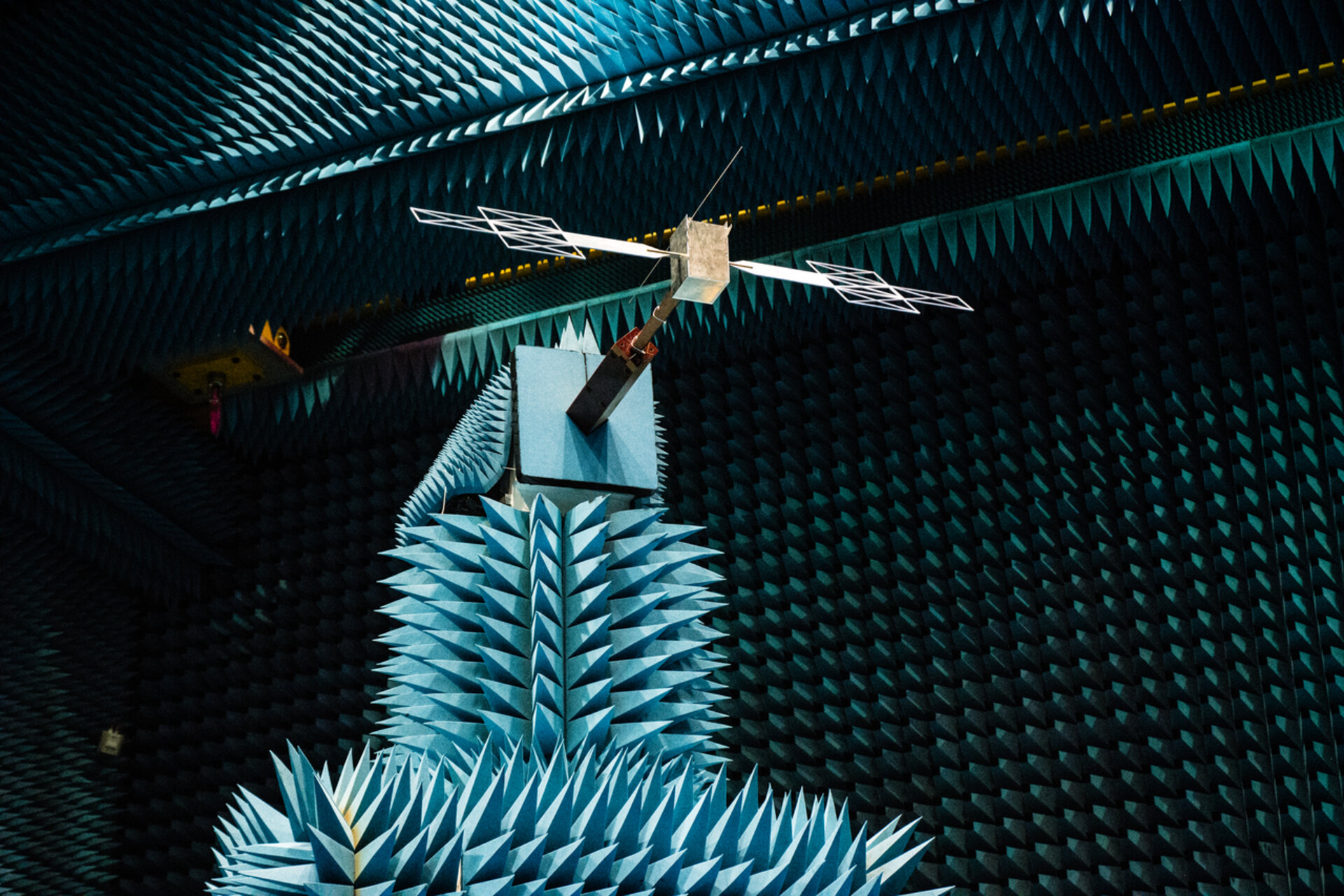 Testing the radar antenna for Juice

A miniaturised model of the Juice spacecraft during electromagnetic tests at ESA's technical heart in the Netherlands.

Juice, or the Jupiter Icy Moon Explorer, is ESA's future mission to explore the most massive planet in Solar System and its large moons Ganymede, Europa and Callisto. Planned for launch in June 2022, it will embark on a seven-year cruise that will make use of several flybys – of Earth, Venus, Earth, Mars, and Earth again – before leaving the inner Solar System en route to Jupiter.

All three moons are thought to have oceans of liquid water beneath their icy crusts, and the Radar for Icy Moons Exploration (RIME) instrument on Juice will be used to probe their subsurface structure. Emitted by a 16-m long antenna, the radar signals will penetrate the icy surfaces of Jupiter’s moons down to a depth of 9 km.

RIME will be the first instrument of its kind capable of performing direct subsurface measurements of worlds in the outer Solar System, and it should provide key clues on the potential for such bodies to harbour habitable environments.

Once in space, the instrument’s performance will be influenced by several factors, including the radiation pattern of the antenna. To evaluate these effects, a series of tests were carried out at ESA’s Hertz facility in September, using a 1:18 scale model of the RIME antenna – shrunk to a length of about 80 cm and mounted on a simplified, scaled-down model of the spacecraft.