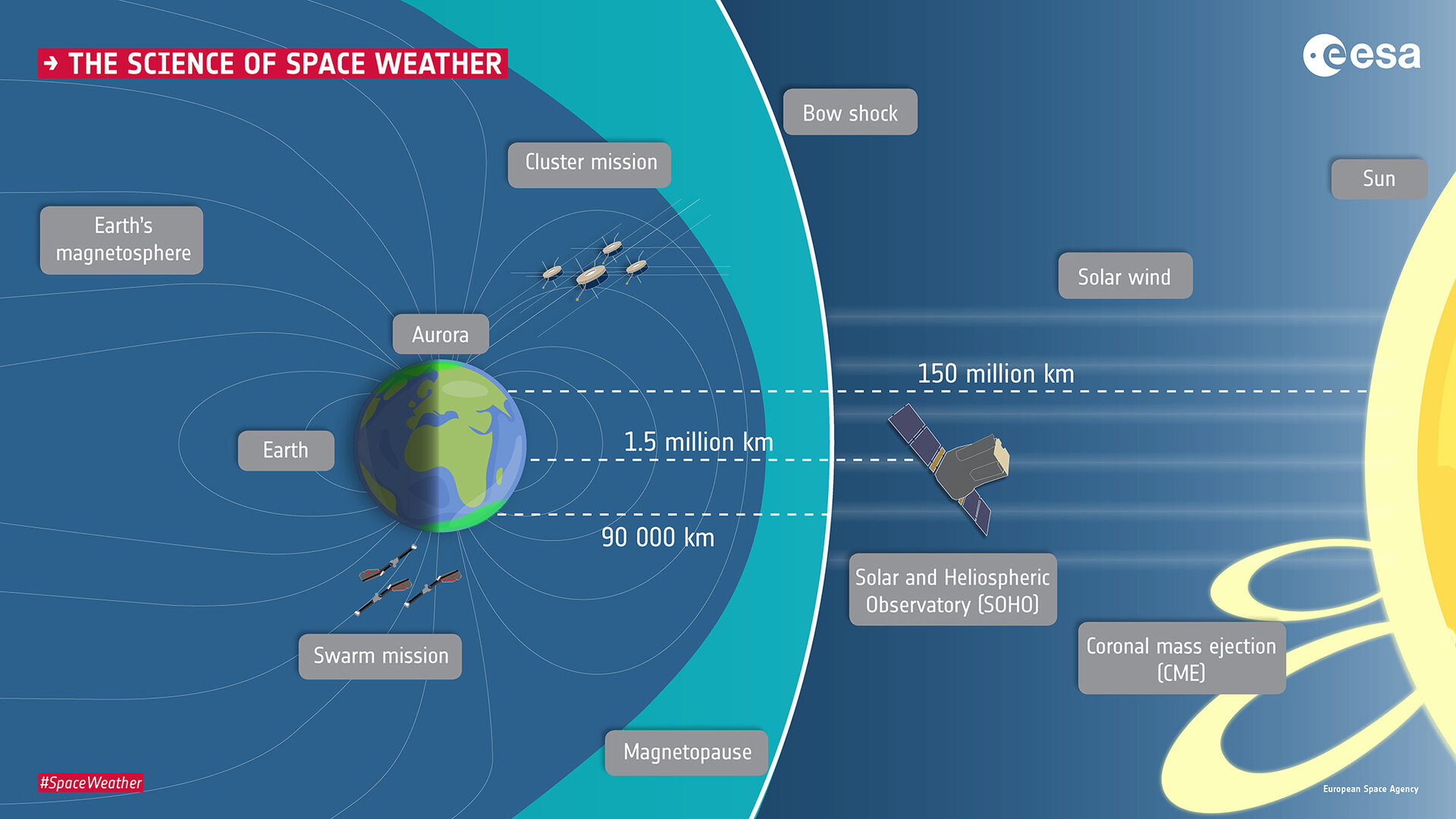 The science of space weather

Earth’s magnetosphere is a region of space dominated by our planet's magnetic field. The magnetosphere protects Earth from most of the solar wind, a flow of charged particles streaming out from the Sun.

However, some particles are able to penetrate this shield and reach the ionosphere, giving rise to space weather effects, including the beautiful polar lights, or auroras, as well as geomagnetic storms. Space weather has a real impact on our activities on Earth, and poses a significant risk to space-farers – robotic and human alike.

Various space missions, including ESA’s Cluster and Swarm, are investigating the magnetic environment around the Earth and how it interacts with the solar wind.

Meanwhile, Sun-watching satellites like the ESA/NASA Solar and Heliospheric Observatory (SOHO), located at the L1 point between Earth and the Sun, monitor coronal mass ejections leaving the Sun and measure the speed of the solar wind 1.5 million km away from our planet, about 1 hour before it reaches Earth.

Illustration not to scale.