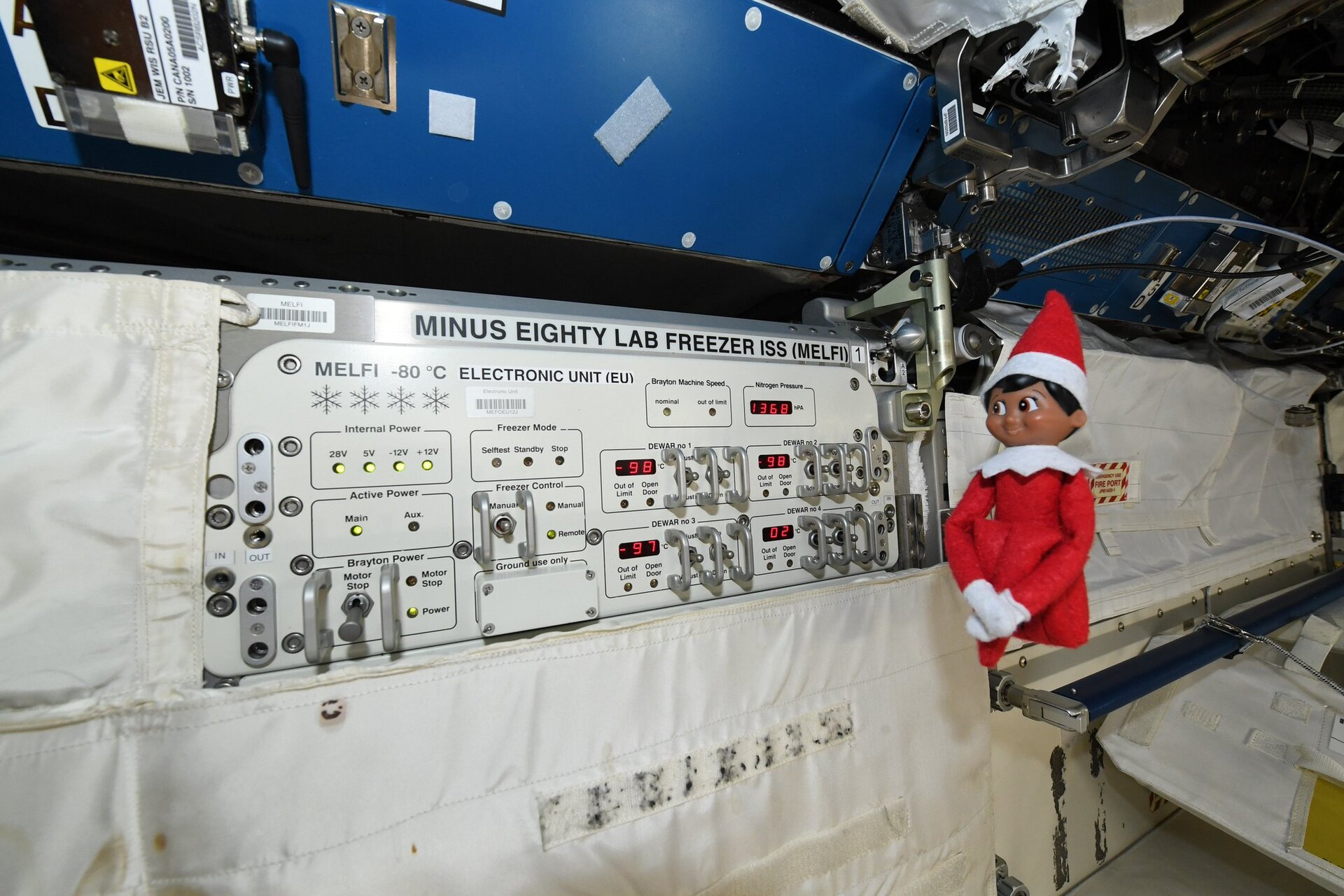 There is no escaping the holidays, even in space.

Though the crew celebrate together on the International Space Station, it is still hard to be away from family during festive times. Astronauts are encouraged to bring along items to make their time more comfortable and homely.

One such item, the famous elf of the popular children’s book Elf on the Shelf, accompanied NASA astronaut Anne McClain to the International Space Station.

The popular tradition of Elf on the Shelf involves placing the elf in a different spot in the home every day in the lead up to Christmas.

In this image tweeted by Anne from her home for the next six months, the elf poses next to MELFI, the Minus Eighty Lab Freezer for ISS.

Built by ESA and transferred to NASA and JAXA, MELFI is a versatile storage freezer. The four compartments can be set at different temperatures ranging from −98 °C to +4 °C to preserve biological samples such as blood and urine that will be returned to Earth.

Building a freezer that can reach such cold temperatures while meeting other standards for operation on board the Space Station was not an easy feat. The facility must be reliable and easy to maintain, energy efficient, quiet, and have little effect on the Space Station’s microgravity environment.

A closed thermodynamic loop using nitrogen gas and a Brayton Machine rotating at over 90 000 revolutions per minute was selected to meet these requirements.

Nitrogen gas is an ideal cooling agent as it abundant, odourless, and nonreactive. In the closed system, nitrogen gas is compressed, cooled, and expanded through tubes surrounding the compartments. It exchanges heat with everything it comes into contact with, which accelerates the cooling.

But just how cold is −98 °C? According to Anne, “those are cold temperatures – colder than the North Pole.”

Watch this video of ESA astronaut Tim Peake working with the MELFI freezers during his Principia mission in 2016.

There are 3 MELFIs on the International Space Station that were launched in 2006, 2009 and 2010, so MELFI has been in operation on the Space station for 12 years now, surpassing its expected 10-year service life.

Although Anne will be spending her Christmas in space, three of her colleagues will have left the Space Station by then. ESA astronaut Alexander Gerst, NASA astronaut Serena Auñón-Chancellor and Roscosmos cosmonaut Sergei Prokopyev are leaving the Station after six months to return to Earth. Watch their return via www.esa.int/HorizonsLanding