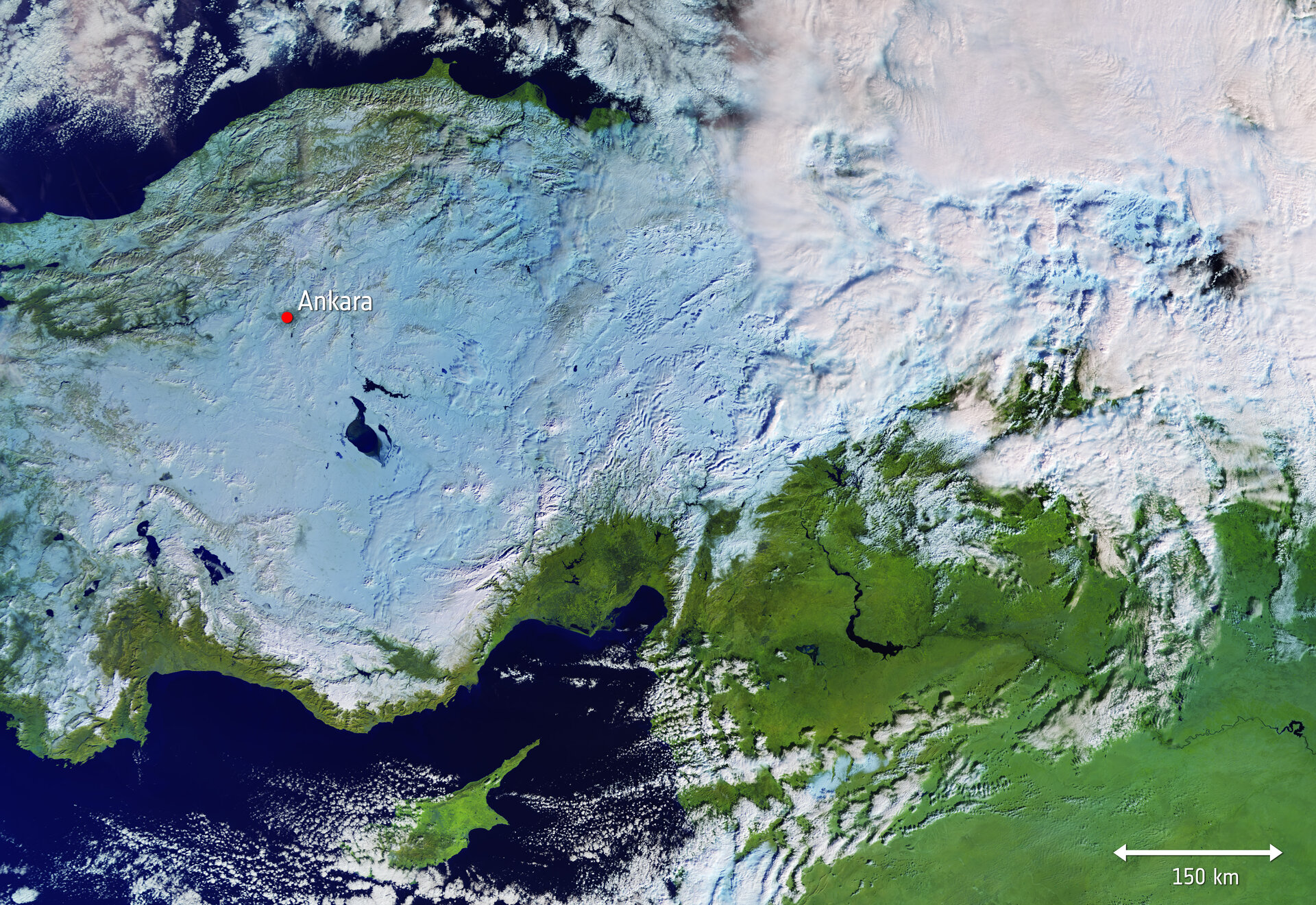 While snow continues to cause chaos in Austria and Germany, the cold snap has also reached Turkey as shown in this Copernicus Sentinel-3 image from 9 January. The snow, which started falling in Turkey on Sunday 6 January, has led to villages in remote areas being cut off and the authorities having to close offices and schools. The snowfall mainly affected eastern and northern provinces, but big cities in the west, including Ankara, have not been spared a thick covering of snow. The weather is also causing serious problems further west, in particular in Germany and Austria which are on red alert.