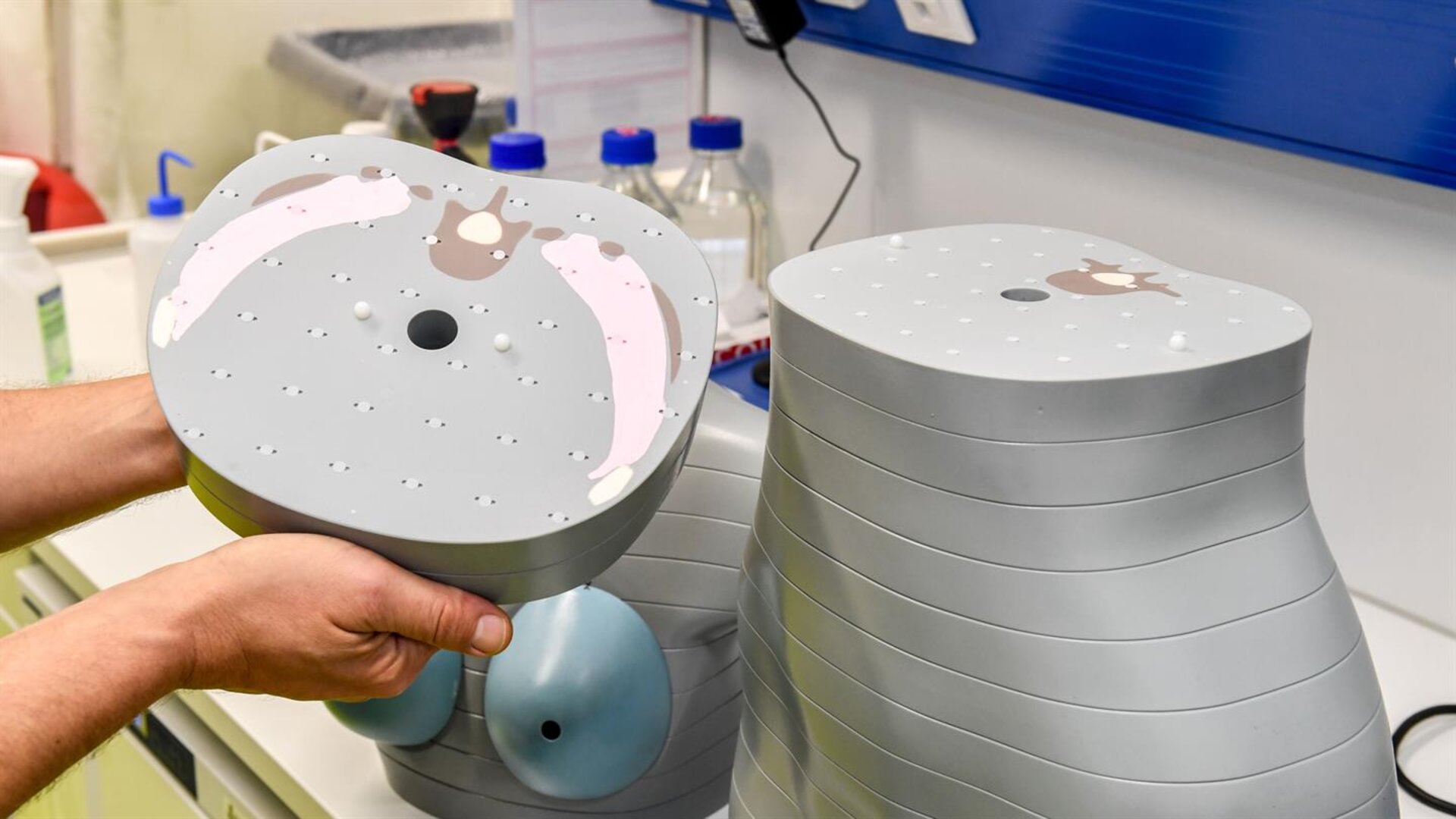 Two female phantoms will occupy the passenger seats during Orion’s first mission around the Moon, going further than any human has flown before.

Fitted with more than 5600 sensors, the dummies will measure the amount of radiation astronauts could be exposed to in future missions with unprecedented precision.

The phantoms simulate adult female torsos. Both Helga and Zohar are made up of 38 slices of tissue-equivalent plastics that mimic the varying density of bones, soft tissue and lungs. Similar dummies are used in hospitals to quantify the right dose of radiation for cancer therapies. The image shows Helga and the pattern for each slice.

Sensors have been fitted in the most radiation-sensitive areas of the body – lungs, stomach, uterus and bone marrow.