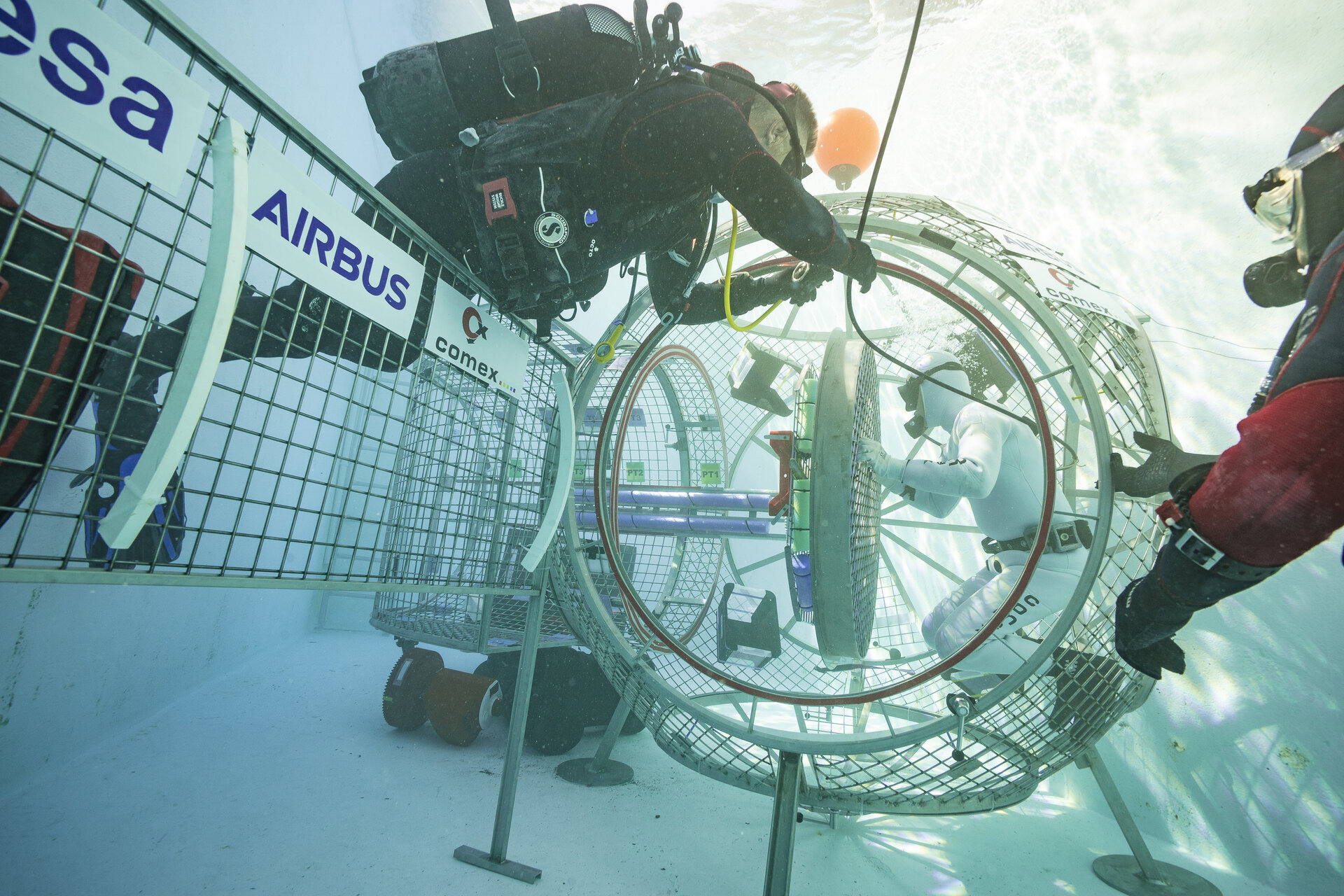 In late 2018, ESA commissioned two consortia – one led by Airbus and the other by Thales Alenia Space – to undertake parallel studies into the design of a scientific airlock as part of a European module called ESPRIT. This module will enable refuelling, provide the interface for telecommunications with the Moon and Earth and allow scientific experiments to be transferred from the Gateway to and from outer space.

This image shows the underwater testing of one preliminary airlock design constructed by French company Comex for Airbus. The mock-up was tested underwater at Comex's facilities in Marseilles, France to simulate the weightlessness of space.