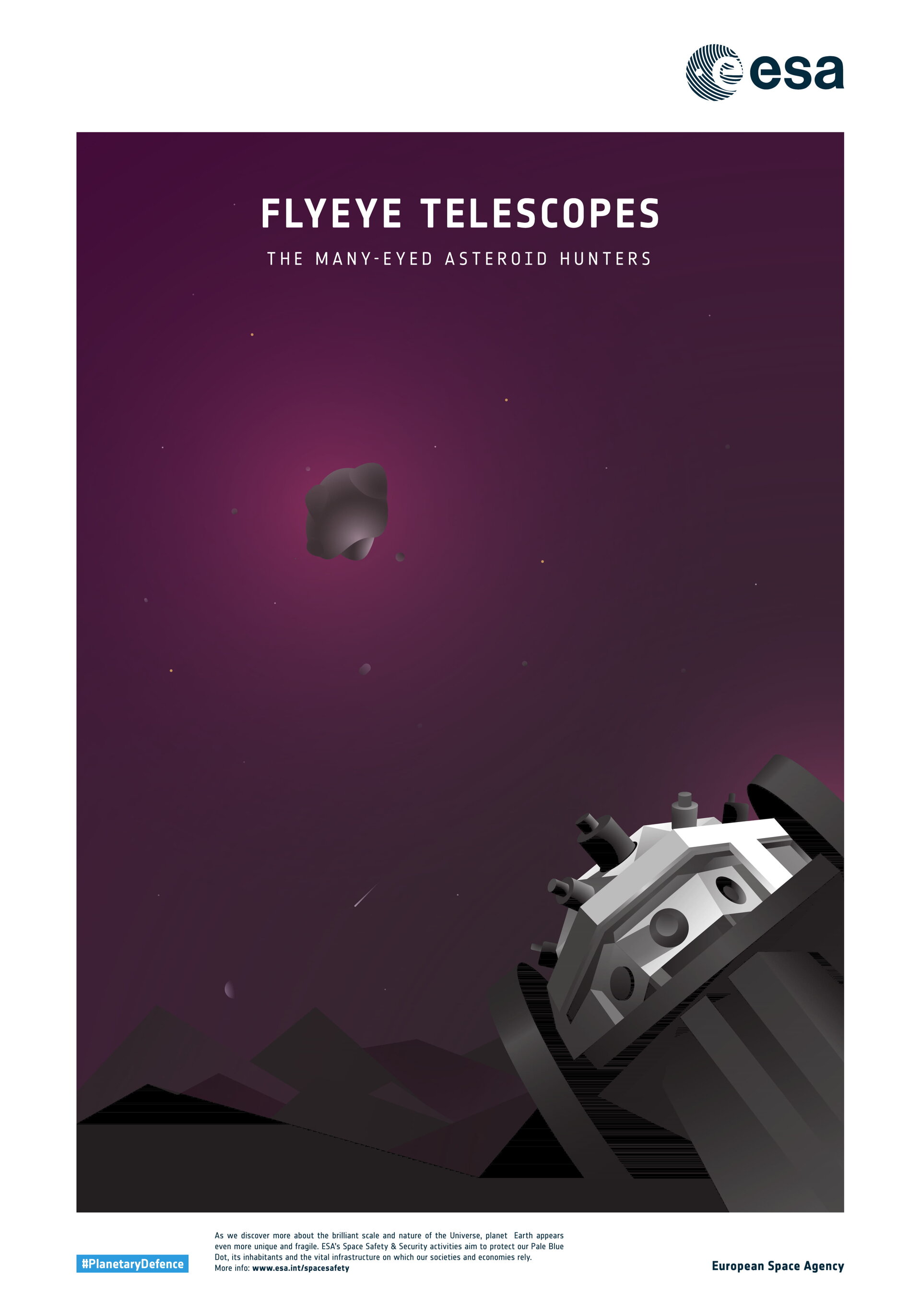 The Chicxulub asteroid is probably the most famous space rock in the world. Although you may not know its name, its impact 66 million years ago is legendary – causing a mass extinction that saw most non-flying dinosaurs and many other species wiped out. Impacts from such large asteroids are immensely rare, but medium-sized rocks can still do serious damage and are far more common.

These asteroids sometimes reach the ground, but even those that disintegrate in Earth’s atmosphere can create explosive airbursts, with resulting shockwaves that can shatter glass, damage buildings and injure anyone who happens to be nearby.

Every night, ESA’s planned network of Flyeye telescopes would scan the skies for rogue rocks, automatically flagging any that pose an impact risk and bringing them to the attention of human researchers. Similar to a fly’s compound eye, these ‘bug-eyed’ telescopes split each image into 16 smaller subimages, increasing the total amount of sky that can be observed and expanding the field of view.