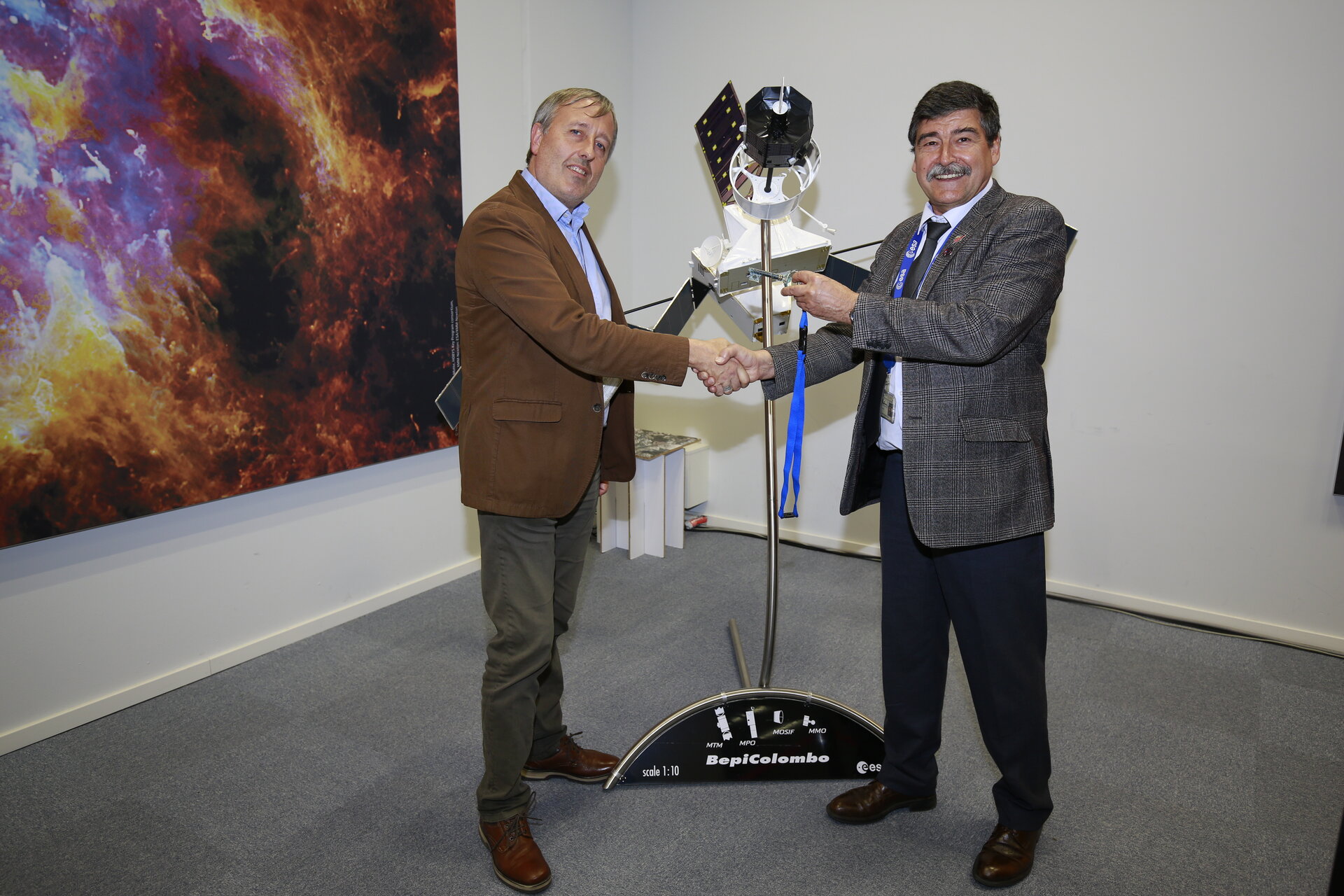 Launched on 20 October 2018, the joint ESA-JAXA BepiColombo mission is on its seven-year journey to Mercury, the innermost planet in the Solar System.

Following confirmation that the overall capabilities and performance at the end of the near-Earth commissioning phase meet the mission requirements, BepiColombo was formally handed over from the ESA project and industrial teams that built it to the scientists who will operate the science instruments once at Mercury, as well as on occasions during the cruise phase – including the two Venus flybys, for example.