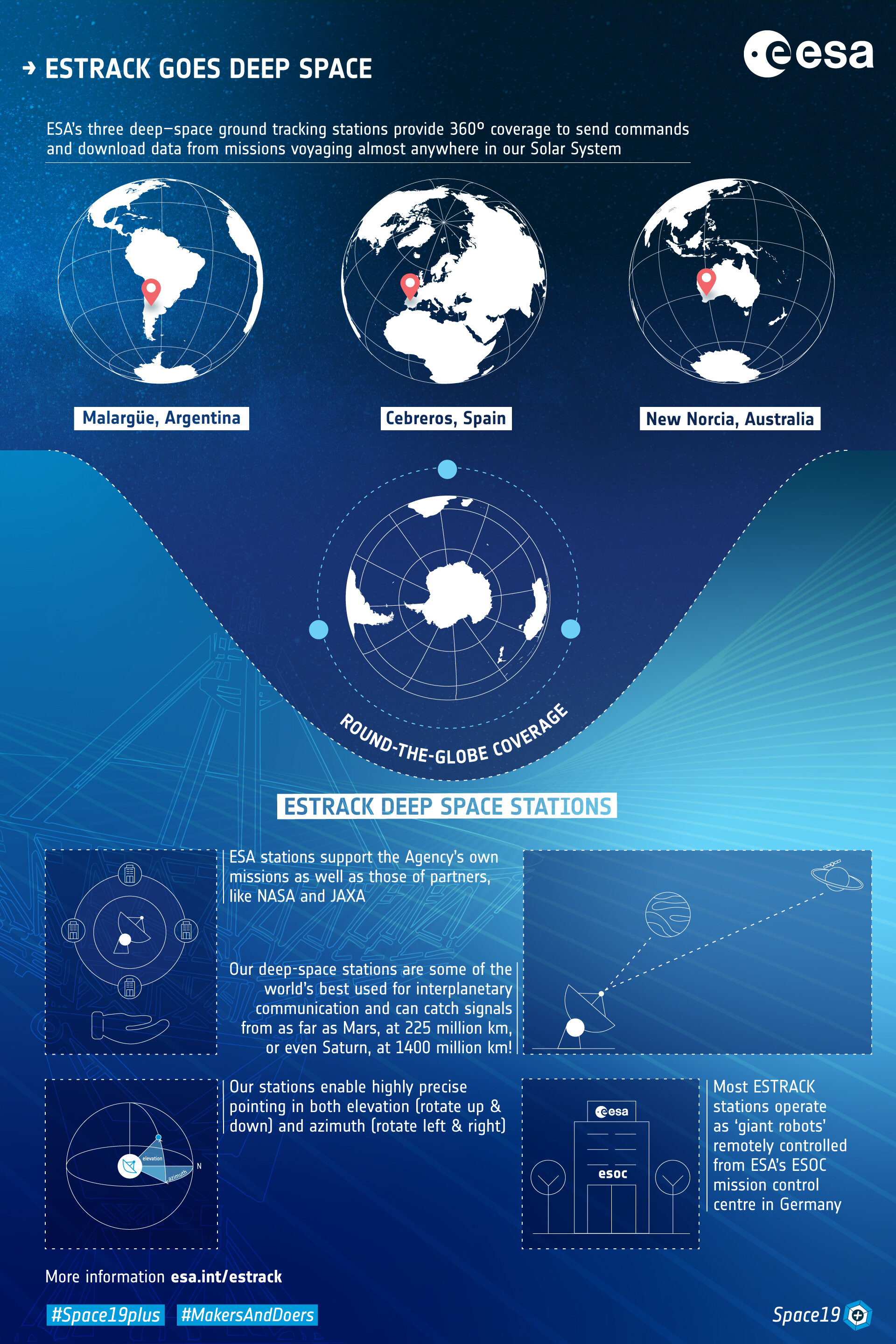 In 1998, ESA decided to establish its own network for tracking deep-space probes to cope with the expected rapid rise in the number of interplanetary missions. The aim was to establish three terrestrial stations about 120° apart in longitude to provide continuous coverage as Earth rotated.

In the 2000s, the first of three 35 m-diameter Deep Space Antennas (DSA) was built in New Norcia (Australia), followed by stations at Cebreros (Spain) and Malargüe (Argentina).

These feature some of the world’s best tracking station technology used for deep space communication and they support spacecraft voyaging hundreds of millions of kilometres away in space. In August 2016, New Norcia station received signals from the international Cassini spacecraft orbiting Saturn, across more than 1.4 billion km of space.

All stations are operated centrally from a Network Operations Centre located at ESOC using a sophisticated remote control and automation system to reduce personnel costs and boost efficiency. A team of station operators are on shift 365 days per year, ensuring receipt of vital data from spacecraft operated by ESA and numerous partner agencies.