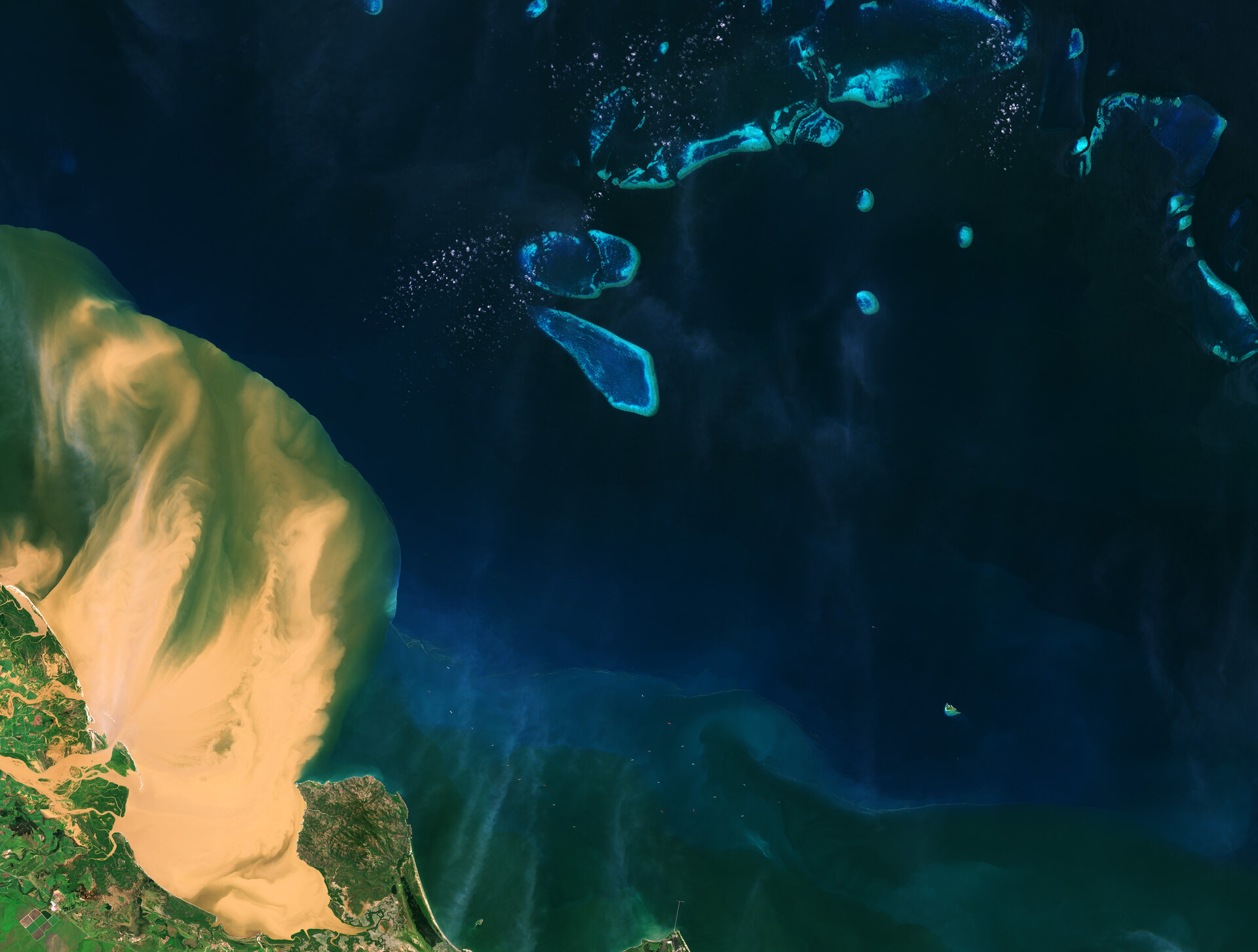 The Copernicus Sentinel-2 mission takes us over Australia’s northeast state of Queensland, where a large amount of sediment is visible gushing into the Coral Sea, close to the Great Barrier Reef lagoon.

In early 2019, many areas in Queensland received more than their annual rainfall in less than a week. The downpour led to millions of dollars’ worth of damage, including homes being destroyed and the loss of almost 500 000 cattle.

This image was captured a few days after the torrential rain, and shows the muddy waters flowing from the Burdekin River into the Coral Sea.

The Burdekin River rises on the northern slopes of Boulder Mountain and flows close to 900 km before emptying into the Coral Sea. Burdekin River is one of Australia's larger rivers by discharge volume, and is a major contributor of sediment and freshwater to the Great Barrier Reef lagoon.

The Great Barrier Reef, the world’s largest coral reef, extends for 2000 km along the northeast coast of Australia  and covers almost 350 000 sq km. The reef is an interlinked system of about 3000 reefs and 900 coral islands, divided by narrow passages. An important area of biodiversity, the reef was made a UNESCO World Heritage Site in 1981.

The sand-colour sediment plume can be seen stretching over 35 km from the coast, dangerously close to the vivid turquoise reef. The blues of the coral contrast with the dark-coloured waters of the Coral Sea.

The reef suffers regular damage, more than half of the reef has disappeared over the last 30 years owing to climate change, coral bleaching and pollution. Large quantities of sediment that flow out from rivers carry chemicals and fertilisers from inland farms. The sediment blankets the coral, and reduces the amount of light, as well as potentially causing harmful algae blooms.

Data from Copernicus Sentinel-2 plays a key role in providing information on pollution in lakes and coastal waters. Frequent coverage is also fundamental to monitoring floods. Copernicus Sentinel-2 is a two-satellite mission. Each satellite carries a high-resolution camera that images Earth’s surface in 13 spectral bands.

This image, which was captured on 10 February 2019, is also featured on the Earth from Space video programme.