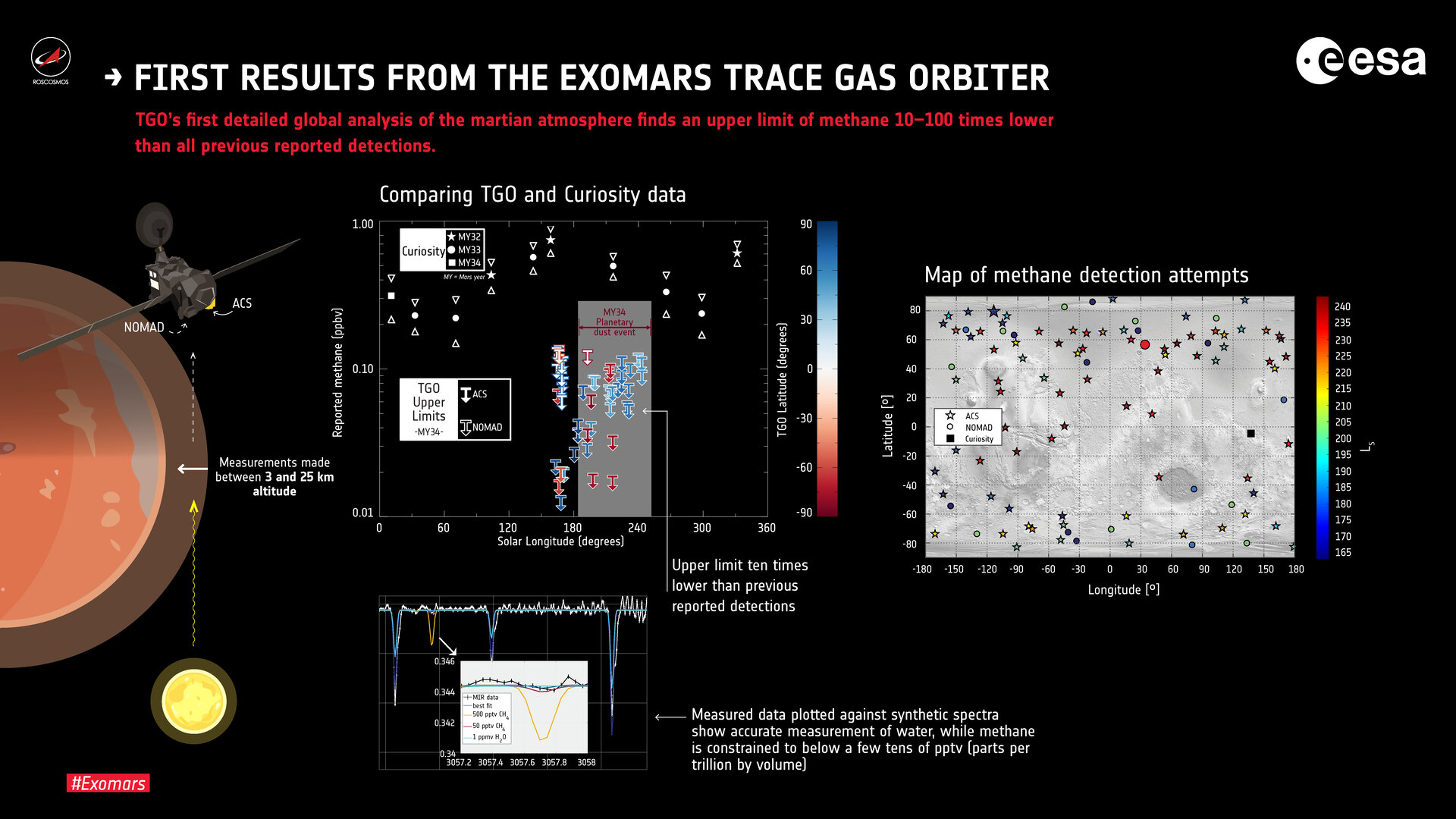 TGO’s search for methane on Mars

The ExoMars Trace Gas Orbiter’s first analysis of the martian atmosphere at various points around the globe finds an upper limit of methane 10–100 times less than all previous reported detections. The measured data show the sensitivity of the ACS and NOMAD instruments when looking at other molecules, such as water, while methane is apparently absent: the results suggest an upper limit of 0.05 parts per billion (ppbv).

The difference between TGO’s dataset and that of NASA’s Curiosity, which previously reported a seasonal background variation of methane, is presented, noting that the highest sensitivity of TGO’s measurements was achieved before the global dust storm that engulfed the planet in mid 2018, soon after the start of TGO’s science mission. A map with the locations where TGO’s detection attempts were made is also provided, with the majority of measurements taken over high latitudes.

To reconcile the differing results, a better understanding of the different mechanisms able to destroy methane close to the surface of the planet is needed.