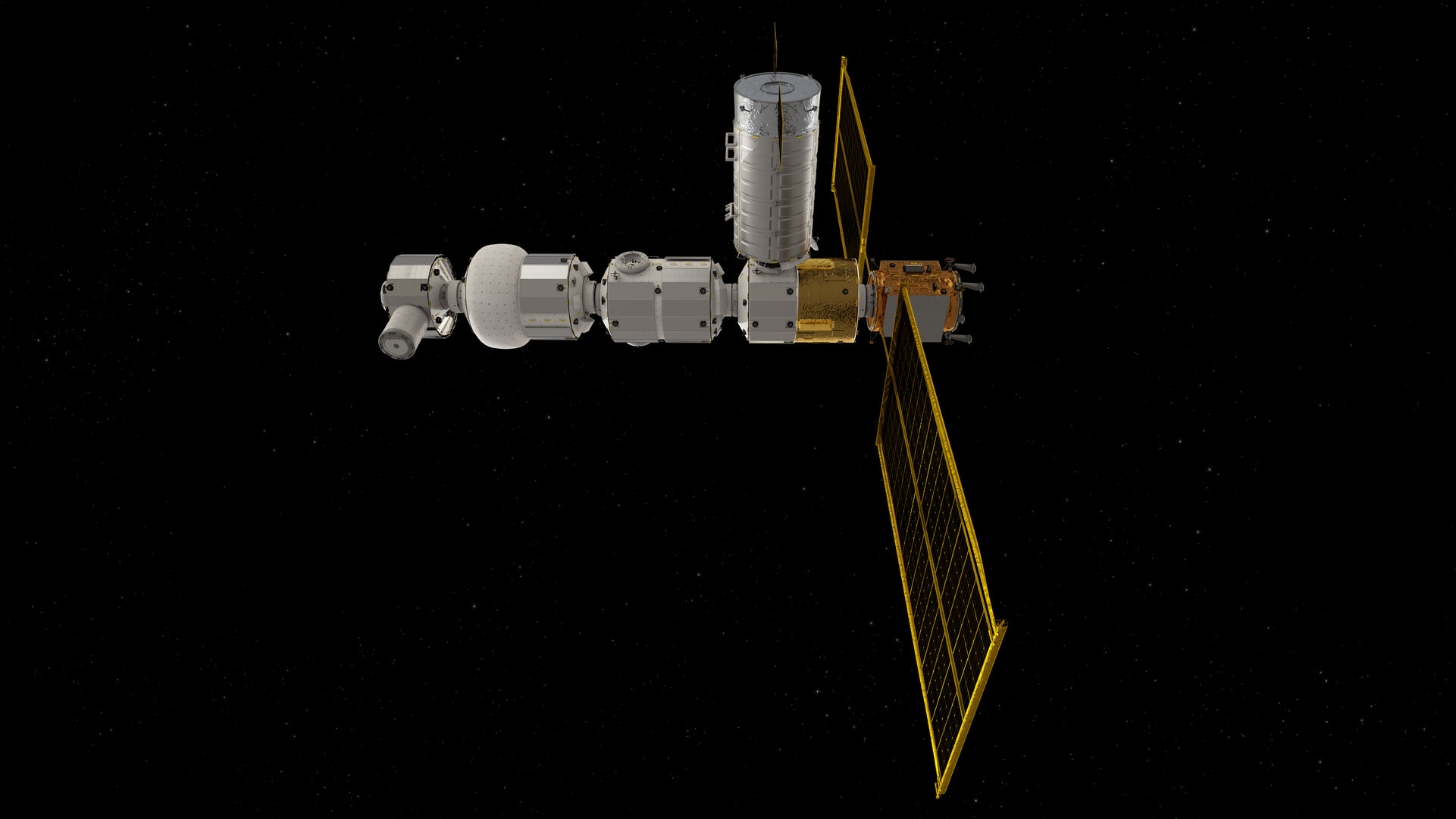 Artist’s impression of the Gateway and Orion. The Gateway is the next structure to be launched by the partners of the International Space Station.