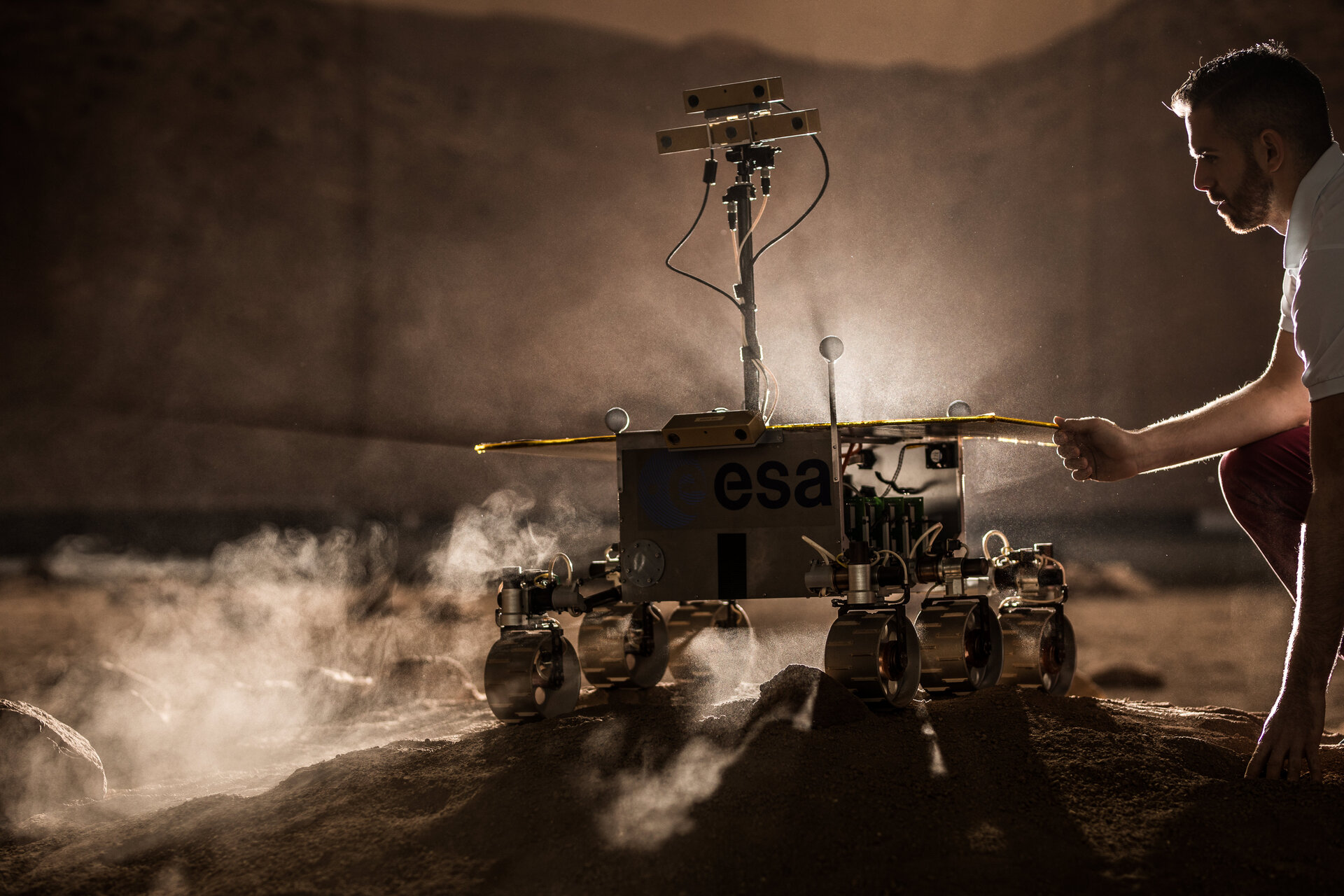 The ExoMars rover has a brand new control centre in one of Europe’s largest Mars yards. The Rover Operations Control Centre (ROCC) was inaugurated on 30 May 2019 in Turin, Italy, ahead of the rover’s exploration adventure on the Red Planet in 2021.