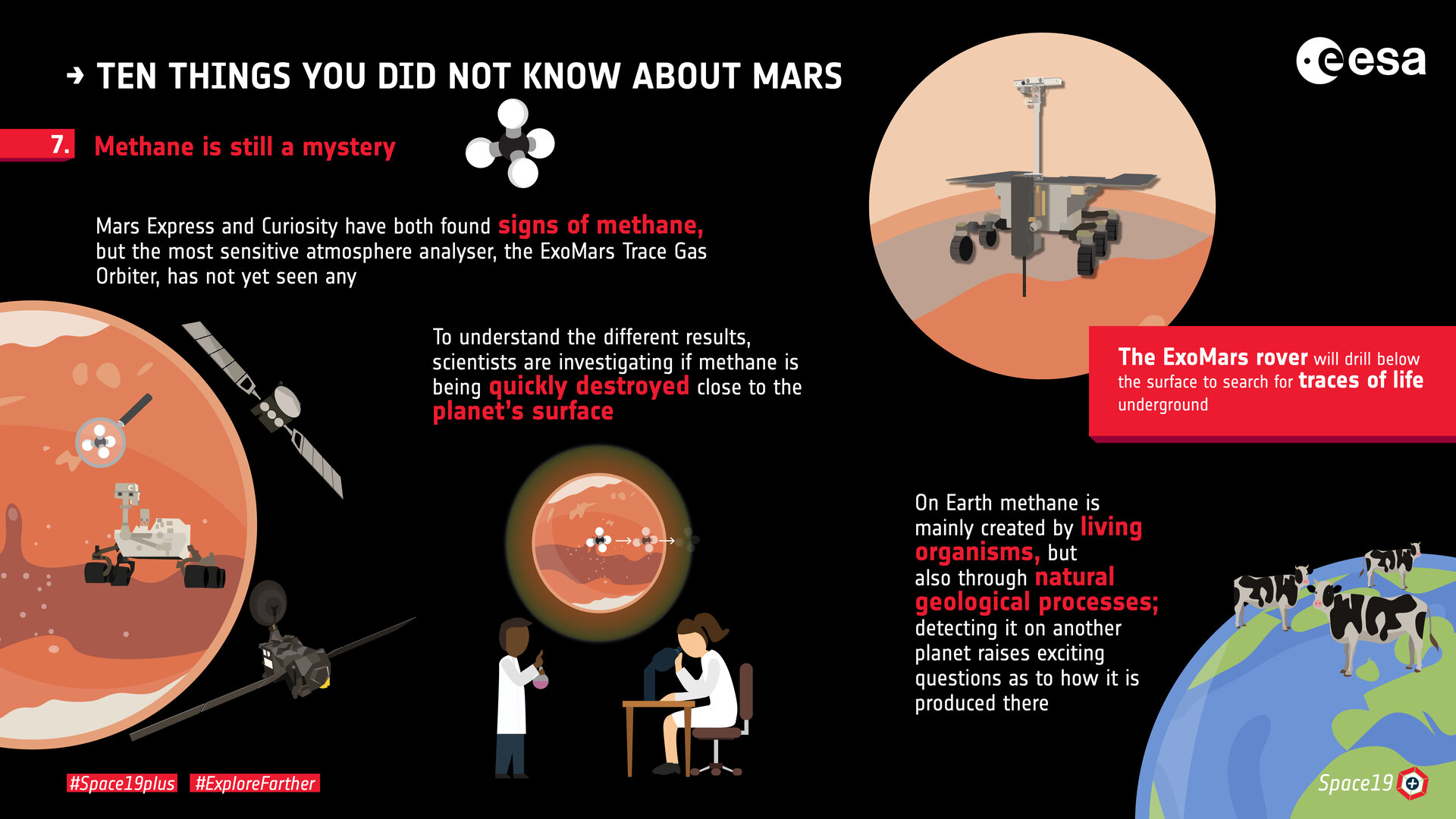 Ten things you did not know about Mars: 7. Methane

The story of methane on Mars is a subject of intense debate. On Earth, methane is mainly created by living organisms, but also through natural geological processes. It has a relatively short lifetime of around 400 years – because it is broken down by ultraviolet light – so detecting it on another planet raises exciting questions as to how it is produced. Previous observations of Mars, by both Earth-based telescopes and ESA’s Mars Express, hint at seasonal variations in methane abundance, with concentrations varying with location and time. NASA’s Curiosity rover has also reported methane ‘spikes’, with one corresponding to a detection by Mars Express. Curiously, the ExoMars Trace Gas Orbiter, the most sensitive atmosphere analyser at Mars, has not yet detected any. In order to reconcile the range of results, which show variations in both time and location, scientists have to understand better the different processes acting to create and destroy methane.

It is also important to note that not all life creates methane, so even if there is no methane-generating biology, it does not mean there is no life on Mars. The ESA-Roscosmos ExoMars rover, arriving at Mars in 2021, will be able to drill down below the surface, away from the harsh radiation that would destroy any life there today, to search for evidence underground.