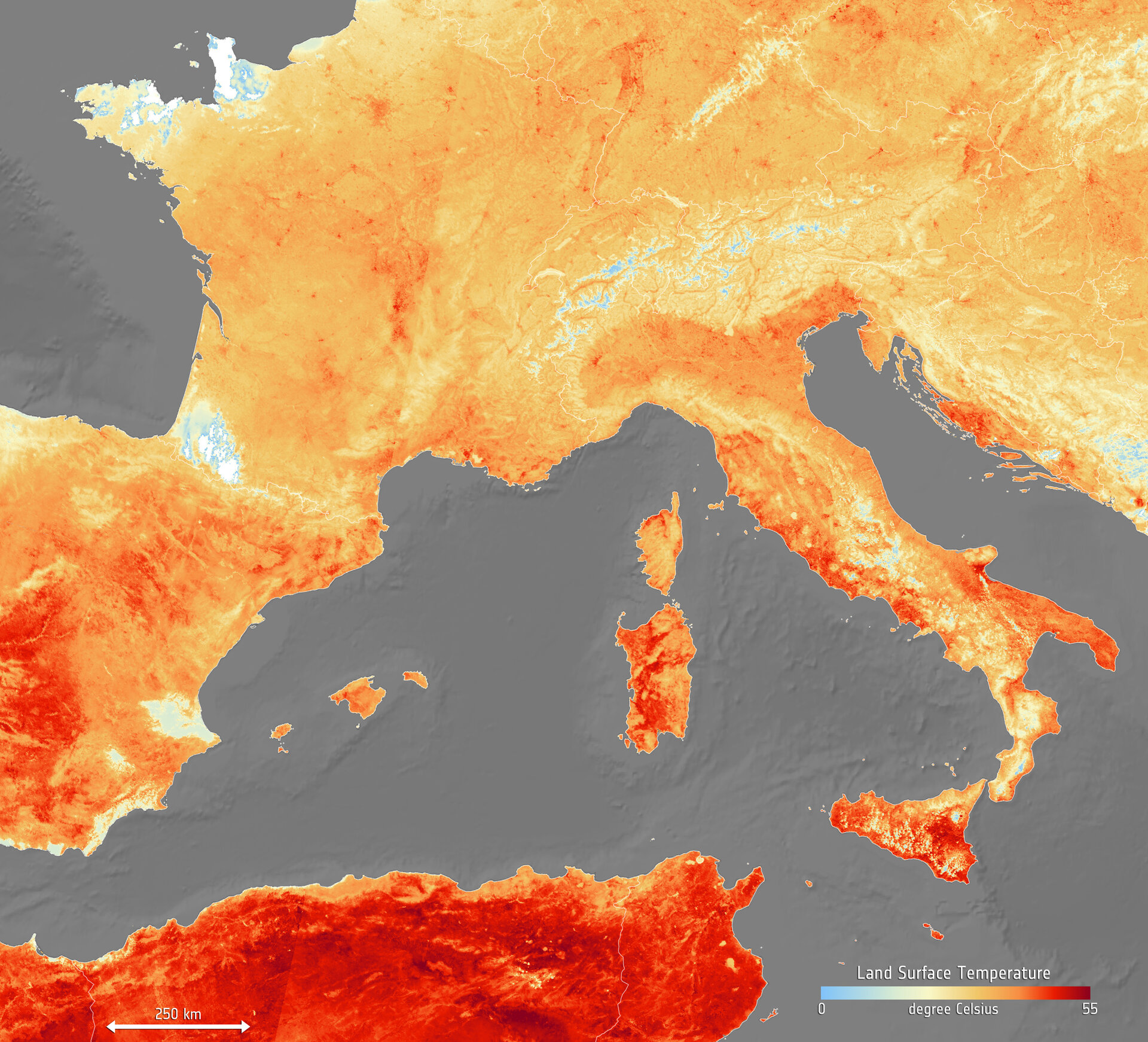 The heat is on

With some places expecting to be hit with air temperatures of over 40°C in the next days, much of Europe is in the grip of a heatwave – and one that is setting record highs for June. According to meteorologists this current bout of sweltering weather is down to hot air being drawn from north Africa.

This map shows the temperature of the land on 26 June. It has been generated using information from the Copernicus Sentinel-3’s Sea and Land Surface Temperature Radiometer, which measures energy radiating from Earth’s surface in nine spectral bands – the map therefore represents temperature of the land surface, not air temperature which is normally used in forecasts. The white areas in the image are where cloud obscured readings of land temperature and the light blue patches are either low temperatures at the top of cloud or snow-covered areas.

Countries worst hit by this unusual June weather include Spain, France, Germany, Italy and Poland. In many places heat warnings have been issued and cities such as Paris have connected fountains and sprinklers to hydrants to help give people some relief. Wildfires in Catalonia, said to be the worst in two decades, have already ripped across 5000 hectares of land and are being blamed on the heat and strong winds.