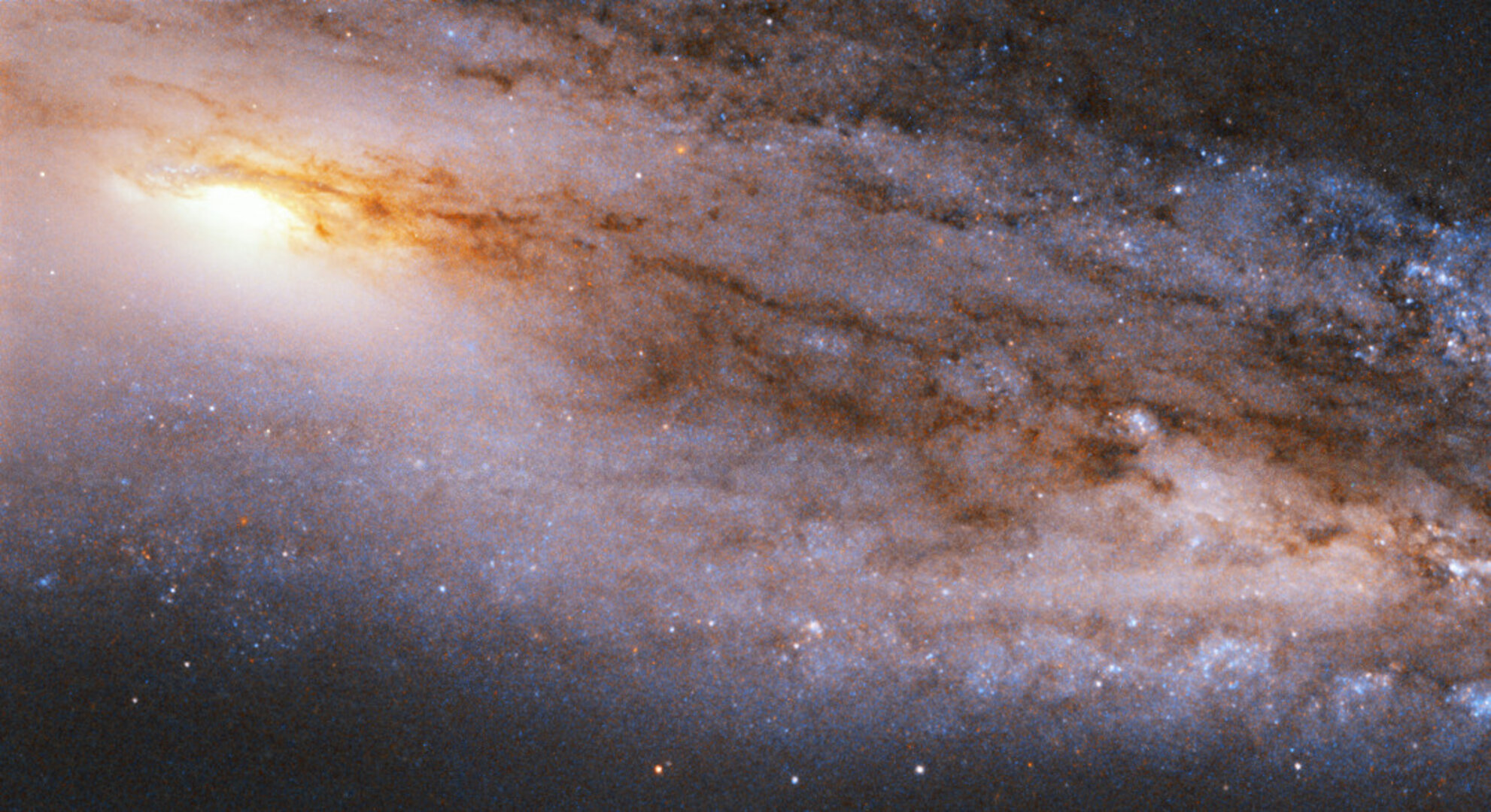 This Hubble Picture of the Week shows the spiral galaxy Messier 98, which is located about 45 million light-years away in the constellation of Coma Berenices (Berenice's Hair). It was discovered in 1781 by the French astronomer Pierre Méchain, a colleague of Charles Messier, and is one of the faintest objects in Messier’s astronomical catalogue.

Messier 98 is estimated to contain about a trillion of stars, and is full of cosmic dust — visible here as a web of red-brown stretching across the frame — and hydrogen gas. This abundance of star-forming material means that Messier 98 is producing stellar newborns at a high rate; the galaxy shows the characteristic signs of stars springing to life throughout its bright centre and whirling arms.

This image of Messier 98 was taken in 1995 with the Wide Field and Planetary Camera 2, an instrument that was installed on the NASA/ESA Hubble Space Telescope from 1993 till 2009. These observations were taken in infrared and visible light as part of a study of galaxy cores within the Virgo Cluster, and feature a portion of the galaxy near the centre.