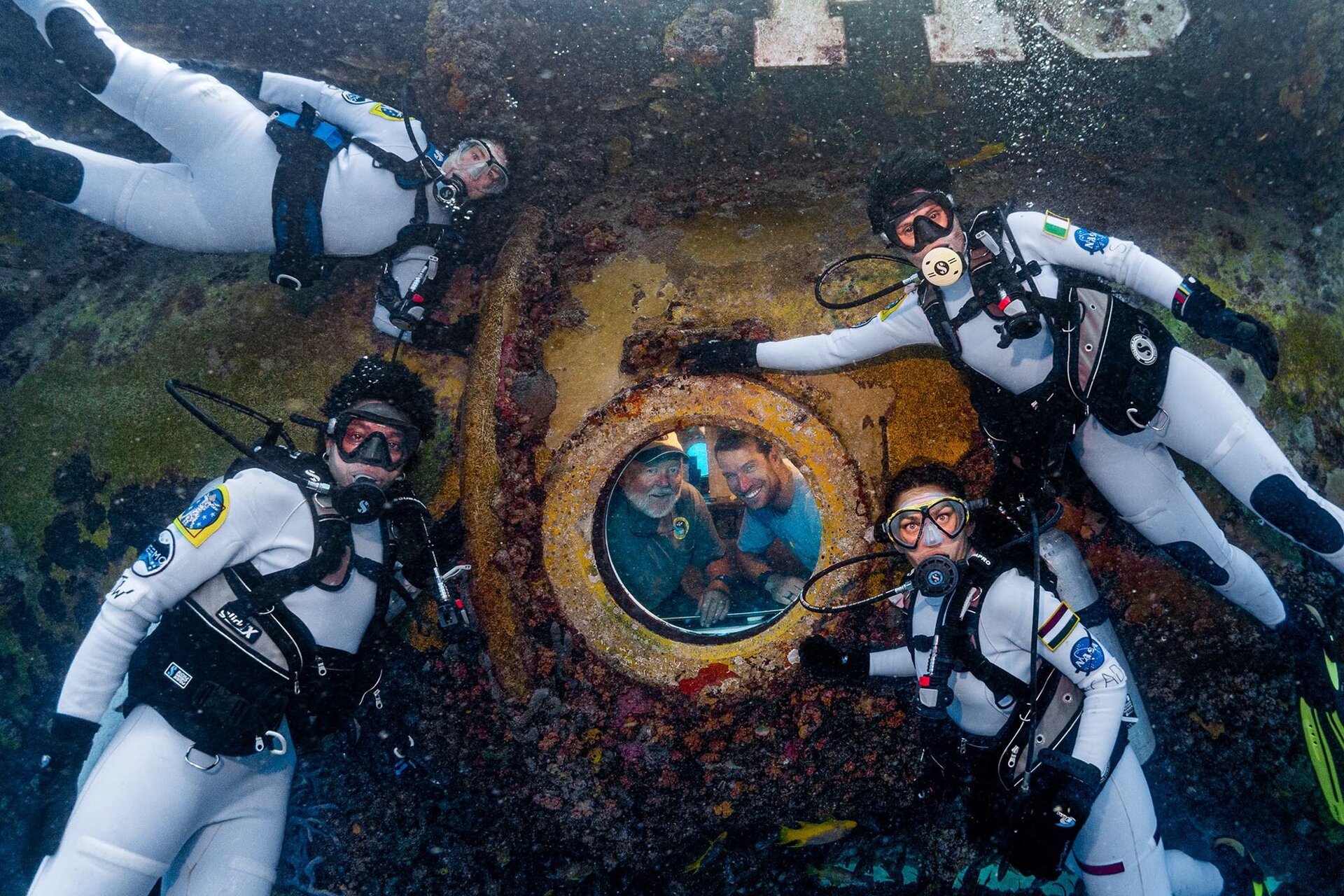 Samantha is commander of this year’s NEEMO expedition. Since 13 June, she and her fellow ‘aquanauts’ have been living and working underwater, venturing out of their habitat each day to explore their surroundings through underwater spacewalks.

During these ‘spacewalks’, they are testing prototypes for two ESA devices that will aid in lunar sampling and expedition activities in the future. Their feedback will help refine designs for eventual use during Moon missions.

Last month, Samantha and fellow ESA astronaut Tim Peake prepared for the mission at ESA’s Neutral Buoyancy Facility, one of four immersion tanks of its kind, where they made a wet dry-run, of sorts, to refine the procedures and technology.

The NBF at ESA’s astronaut centre in Cologne, Germany, is regularly used to train astronauts for spacewalks from the International Space Station, but – by finetuning the negative buoyancy of the astronauts and the equipment they use – it can also be used to simulate the partial gravity of the Moon.