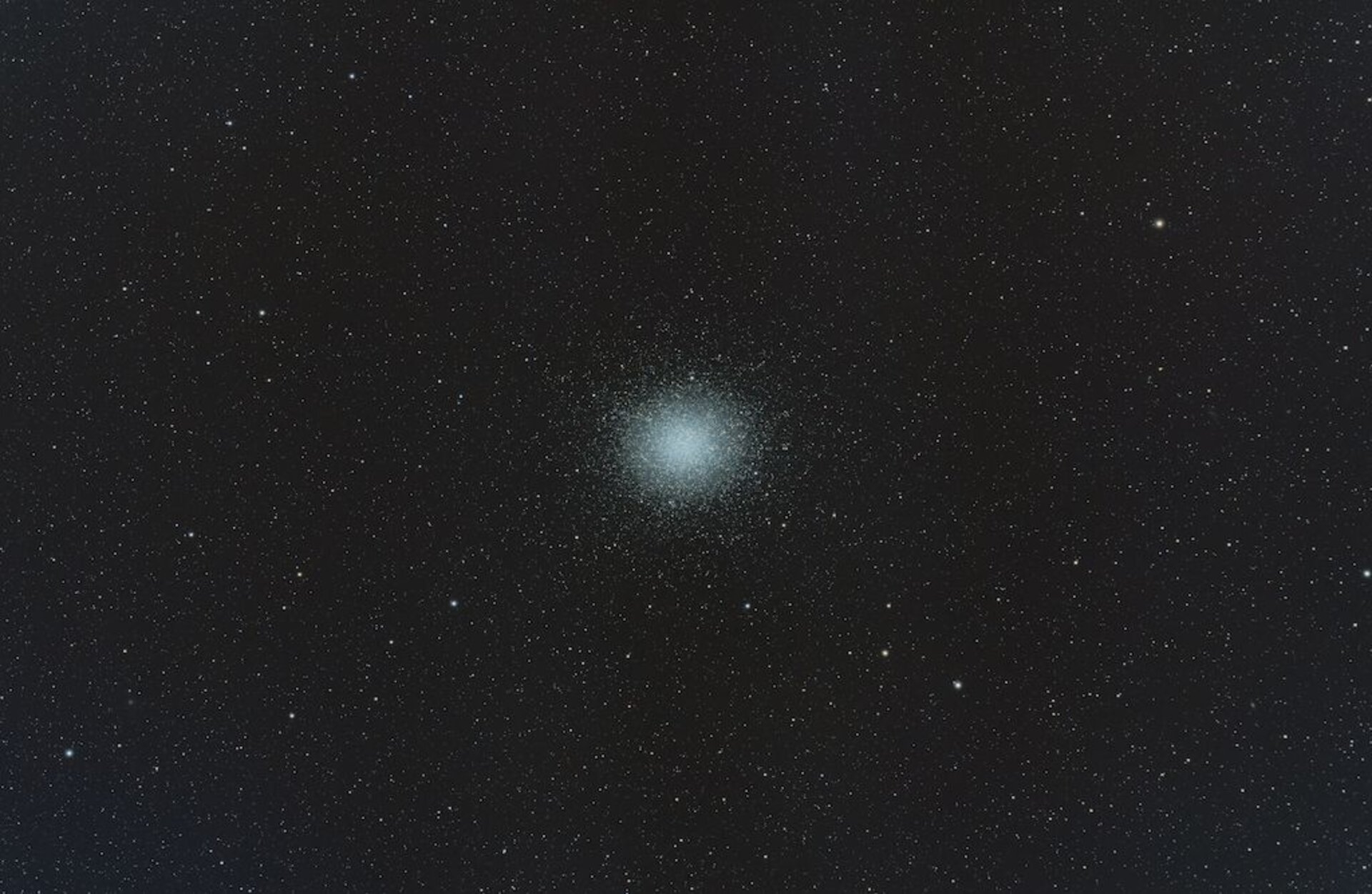 A puzzle of 10 million stars

When observed with the unaided eye, Omega Centauri, the object in this image, appears as a fuzzy, faint star. But the blue orb we see here is, in fact, a collection of stars – 10 million of them. You cannot count them all, but in this sharp, beautiful image you can see a few of the numerous pinpoints of bright light that make up this unique cluster.

The image was taken by Wouter van Reeven, a software engineer at ESA's European Space Astronomy Centre near Madrid, Spain, during his recent visit to Chile to observe the July total solar eclipse. From his home base in Spain the cluster only grazes the horizon, making it near-impossible to image, but from the La Silla Observatory in Chile it was high in the sky, presenting the ideal opportunity to photograph it.

Omega Centauri is a picture-perfect example of a globular cluster: tightly bound by gravity, it has a very high density of stars at its centre and a nearly perfect spherical shape (the name ‘globular cluster’ comes from the latin word for small sphere, globulus). It lives in the halo of the Milky Way, at a distance of about 15 800 light years from Earth.

As other globular clusters, Omega Centauri is made up of very old stars and it is almost devoid of gas and dust, indicating star formation in the cluster has long ceased. Its stars have a low proportion of elements heavier than hydrogen and helium, signaling they were formed earlier in the history of the Universe than stars like our Sun. Unlike in many other globular clusters, however, the stars in Omega Centauri don’t all have the same age and chemical abundances, making astronomers puzzle over the formation and evolution of this cluster. Some scientists have even suggested that Omega Centauri may not be a true cluster at all, but rather the leftovers of a dwarf galaxy that collided with the Milky Way.

Omega Centauri is also special in many other ways, not least because of the sheer number of stars it contains. It is the largest globular cluster in our galaxy, at about 150 light years in diameter, and is also the brightest and most massive of its type, its stars having a combined mass of about four million solar masses.

Omega Centauri can be seen with the naked eye under dark skies and imaging it doesn’t require long exposure times. To create the composition we see here, Wouter combined eight images taken with an exposure time of 10 seconds, seven images of 30 seconds each and another seven images of 60 seconds each. He used a SkyWatcher Esprit 80 ED telescope and a Canon EOS 200D camera.