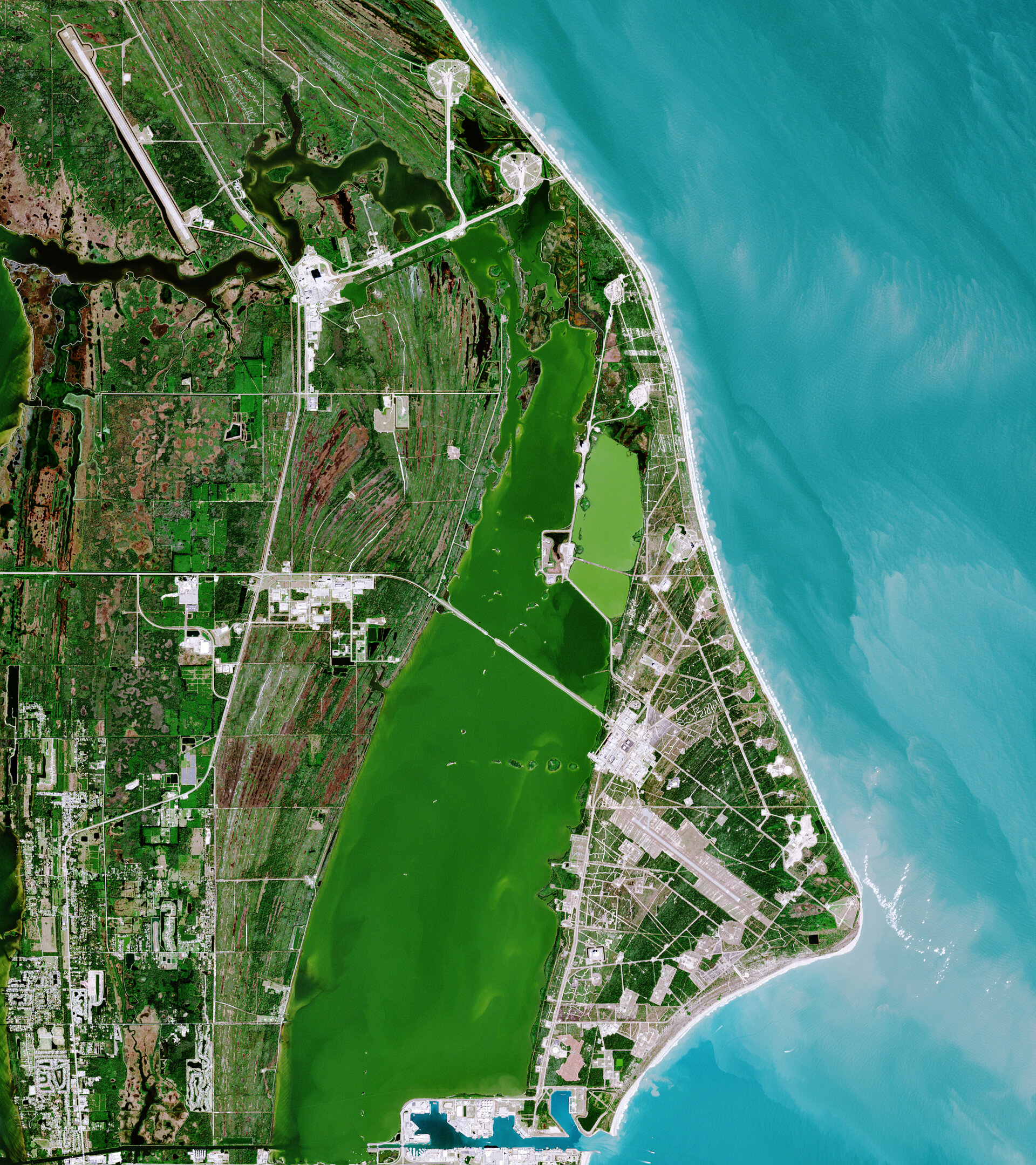 Celebrating 50 years since Apollo 11 blasted off with the first humans that would walk on the Moon, Copernicus Sentinel-2 captures the historic launch site at Kennedy Space Center, Cape Canaveral, Florida, US.

On 16 July 1969, the Saturn V rocket carrying Apollo 11 began its momentous voyage to the Moon. It lifted off from launch pad 39A – which can be seen in this Copernicus Sentinel-2 image from 29 January 2019. Launch pad 39A is the second pad down from the top (the launch pad at the far top is 39B).

Just four days later, the lunar module, the Eagle, touched down. Watched on television by millions around the world, Neil Armstrong was the first to set foot on the Moon, famously saying, “That's one small step for man, one giant leap for mankind.”

A few minutes later he was joined by Buzz Aldrin. They took photographs, planted the US flag, spoke to President Richard Nixon via radio transmission and spent a couple of hours walking and collecting dust and rocks. The two men returned to lunar module, slept that night on the surface of the moon, and then the Eagle began its ascent back to re-join the command module, which had been orbiting the Moon with Michael Collins. Apollo splashed back down safely in the Pacific Ocean on 24 July.

The Moon has again captured the attention of space agencies. ESA and international partners are now looking forward to the next era of human exploration, and to better understand the resources available on the Moon to support human missions longer-term. While Apollo 11 touched down for the first time on the near side of the Moon 50 years ago, it is time to explore the far side, examine different types of lunar rocks there to probe deeper into the Moon’s geological history and to find resources like water-ice that are thought to be locked up in permanently shadowed craters near the Moon’s south pole.