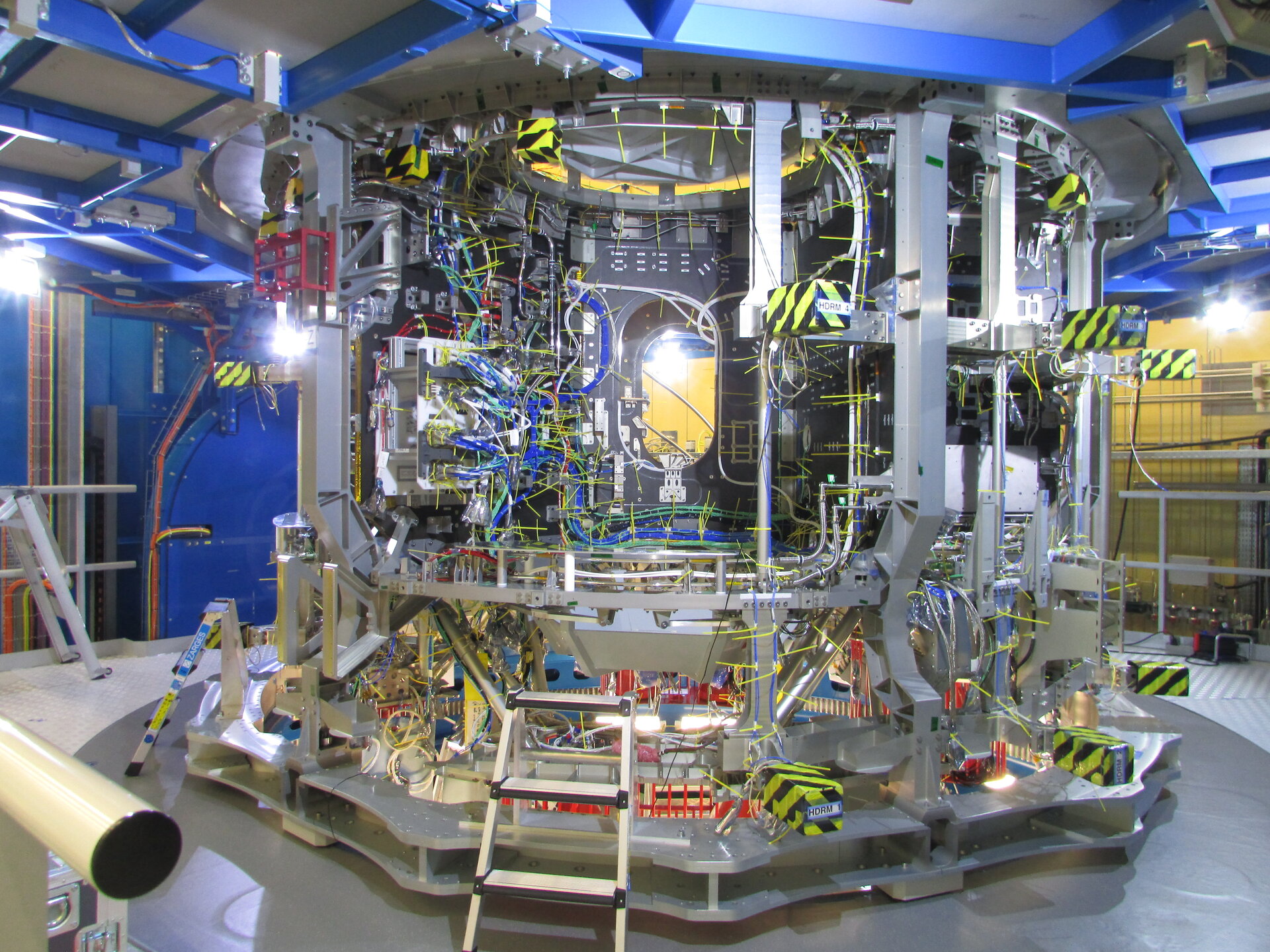 The European Service Module-2 (ESM-2) is somewhat like the portal it appears to be in this image. By providing power and propulsion for the Orion spacecraft, it will transport humans back to the Moon, roughly fifty years after humankind first landed on its surface.

In assembly at Airbus in Bremen, ESM-2 is the engine of the Orion spacecraft that will fly its second mission and first with a crew. The mission is called Artemis 2 and is set for launch in 2022.

Every wire seen in this structure must be correctly connected and configured to ensure the systems providing power, propulsion, oxygen and heat get the spacecraft and its crew of four safely around the Moon and back.

Partially visible at the bottom of the Service Module are the auxiliary thrusters that have recently been installed. These along with two other types of engines will get Orion to its destination.

The main engine is a repurposed Space Shuttle Orbital Maneuvering System engine that has flown in space before. The eight auxiliary thrusters come in as backup to this main engine and to provide orbit corrections.

ESM-2 is expected to be completed and delivered to NASA in 2020.

The recent successful Launch Abort Test that proved the spacecraft’s system can pull astronauts to safety in the event of a launch anomaly has marked another major milestone for Orion’s first exploratory mission.

In addition to returning humans to the moon, Orion will be instrumental to building the Gateway, a staging post to be located in lunar orbit that will allow humans to go deeper into space.