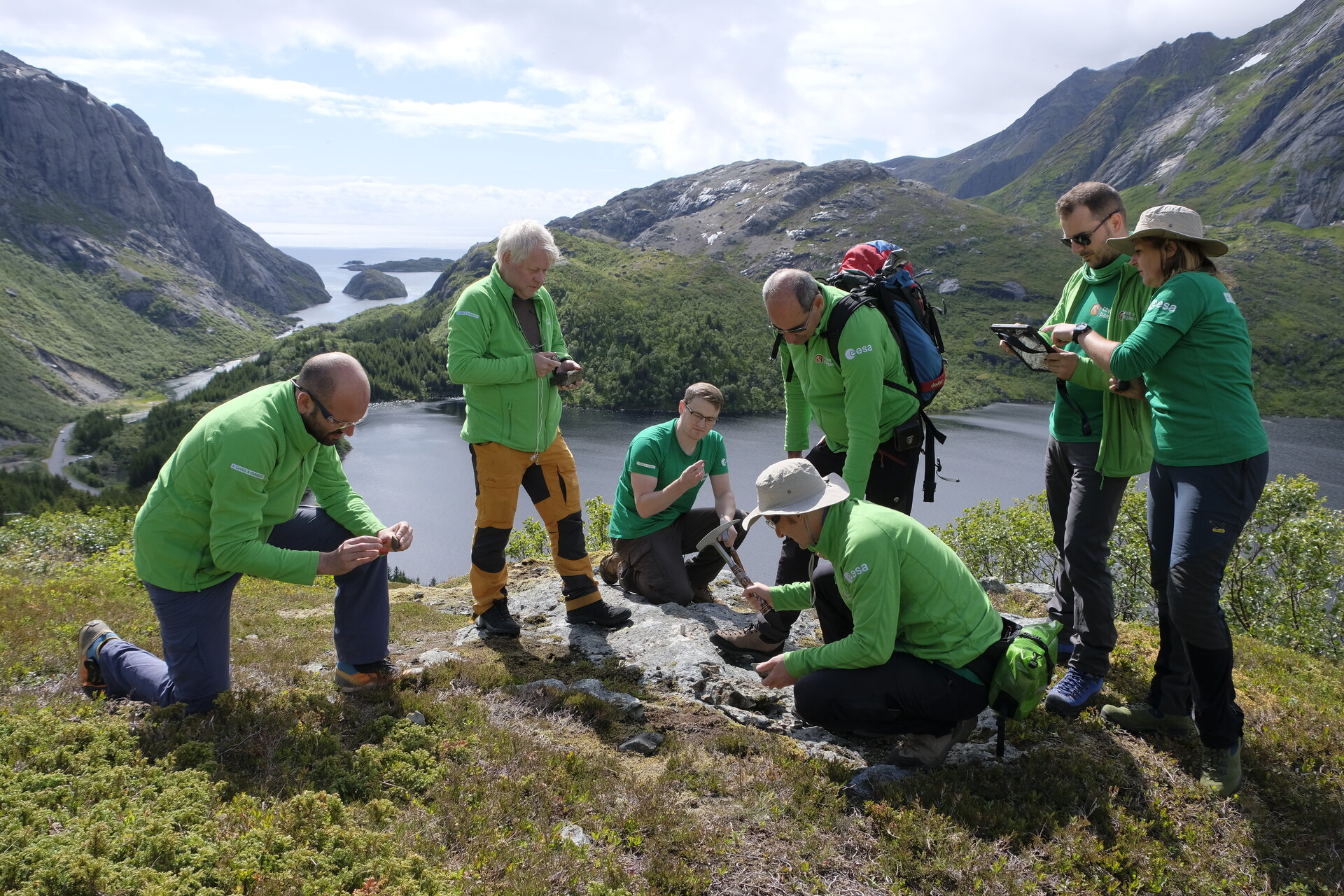 This week ESA astronaut Matthias Maurer is refreshing his rock classification, as well as acting as test subject during dry runs for a new session of Pangaea geology field training, that is preparing space farers for lunar exploration.

The team, consisting of planetary geologists and training experts, is in Lofoten, Norway, scouting for a new traverses to be added to the Pangaea analogue complement.

Lofoten shares many geological features with lunar highlands, such as the Apollo 16 landing site, making it a perfect site to train astronauts on lunar geology.

The Pangaea course is designed to provide European astronauts with introductory and practical knowledge of Earth and planetary geology to prepare them to become effective partners of planetary scientists and engineers in designing the next exploration missions. The course also aims to give astronauts a solid knowledge in the geology of the Solar System from leading European scientists.