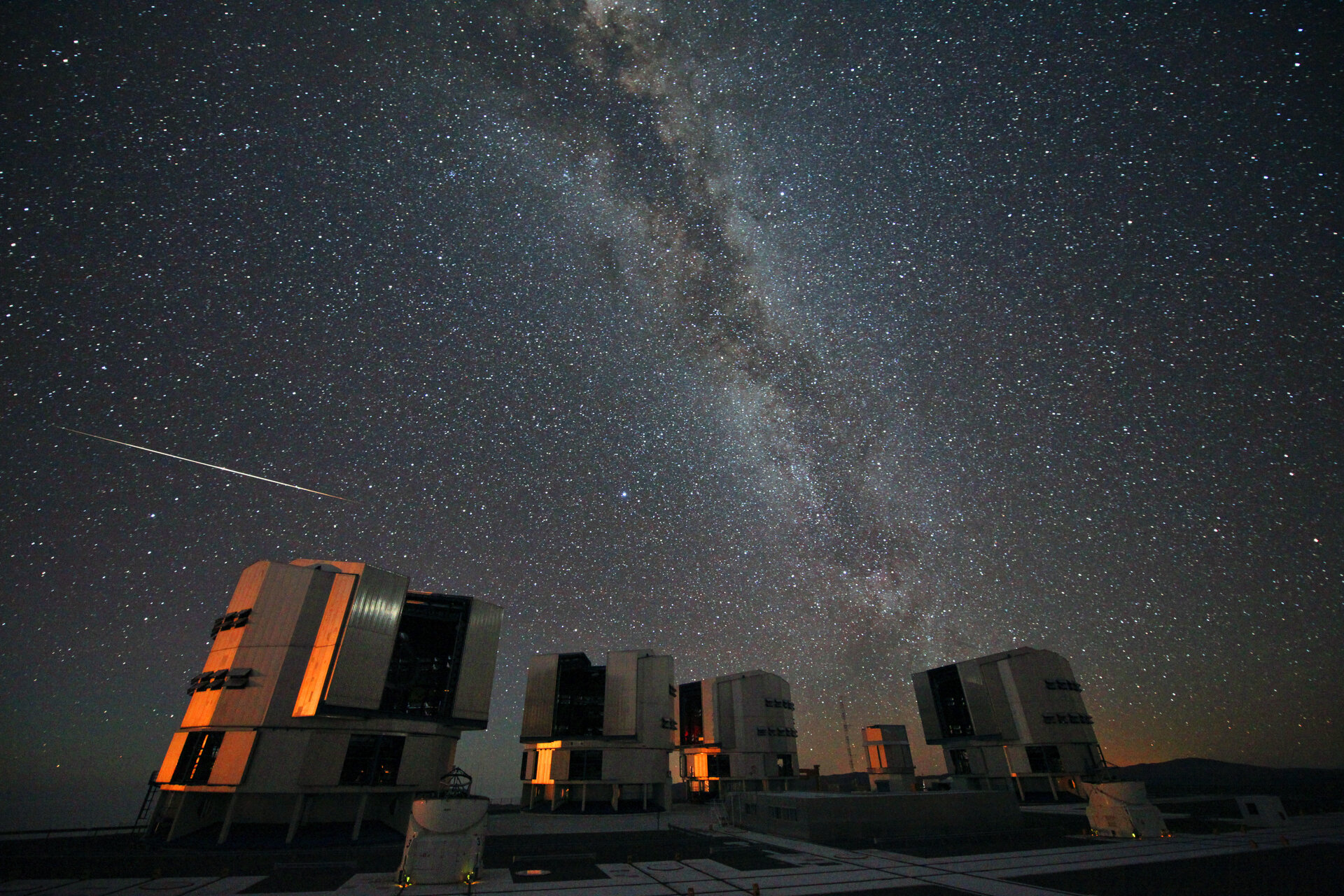 Perseids over the VLT

The Perseid shower takes place as the Earth moves through the stream of debris left behind by Comet Swift-Tuttle. In 2010 the peak was predicted to take place between 12–13 August 2010. Despite the Perseids being best visible in the northern hemisphere, due to the path of Comet Swift-Tuttle's orbit, the shower was also spotted from the exceptionally dark skies over ESO’s Paranal Observatory in Chile.

Find out more about this photo from ESO photo ambassador, Stéphane Guisard, here.