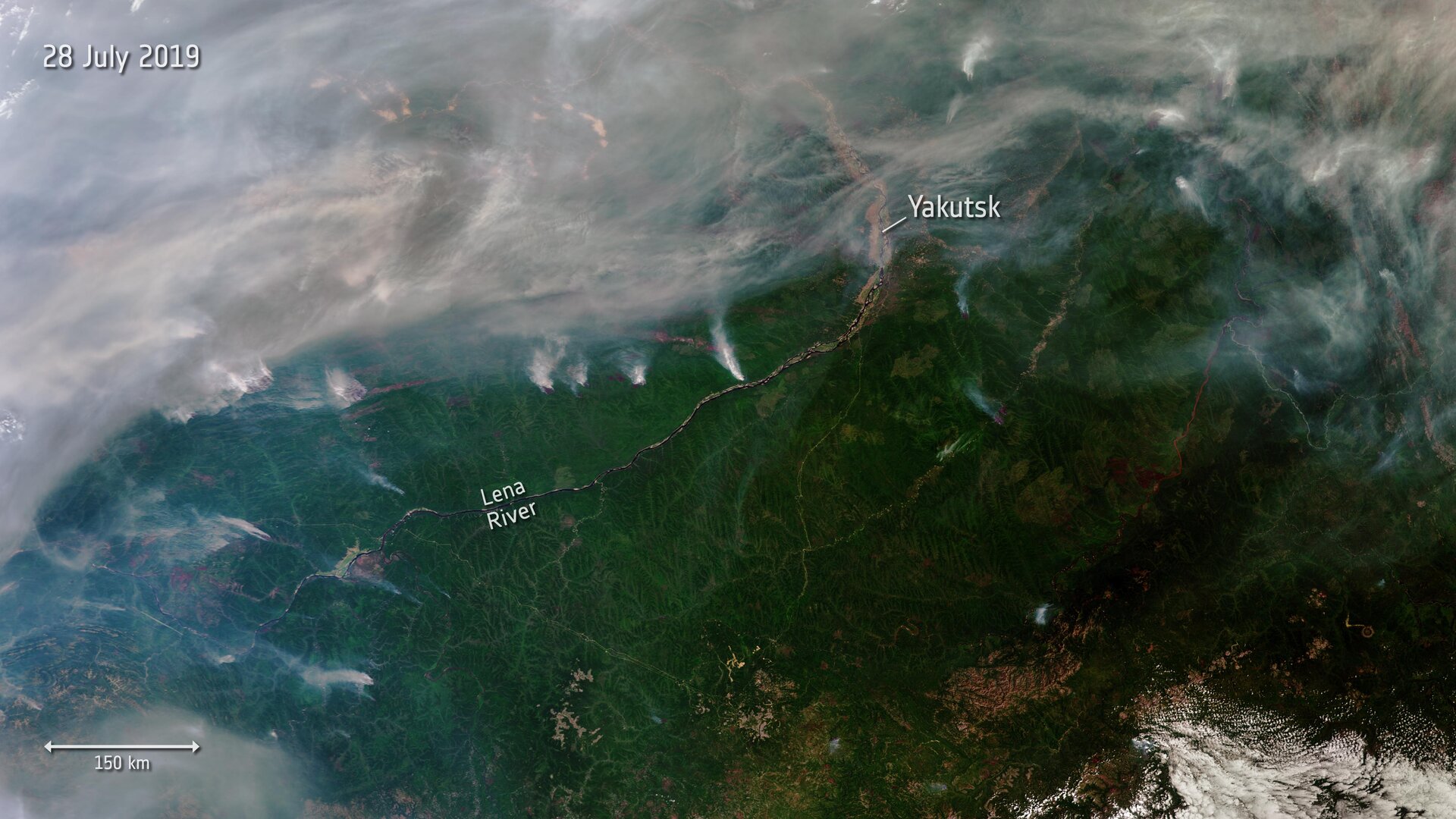 Hundreds of wildfires have broken out in Siberia, some of which can be seen in this image captured from space on 28 July 2019. Almost three million hectares of land are estimated to have been affected, according to Russia’s Federal Forestry Agency.

This Copernicus Sentinel-3 image shows a number of fires, producing plumes of smoke. The smoke has carried air pollution into the Kemerovo, Tomsk, Novosibirsk, and Altai regions.

An unprecedented amount of wildfires have been raging in various regions of the Arctic, including Greenland and Alaska in the US. They have been caused by record-breaking temperatures and lightning, fuelled by strong winds.

Wildfires release harmful pollutants and toxic gases into the atmosphere. According to the World Meteorological Organization, fires in the Arctic released around 50 megatonnes of carbon dioxide in June alone – equivalent to Sweden’s total annual emissions.