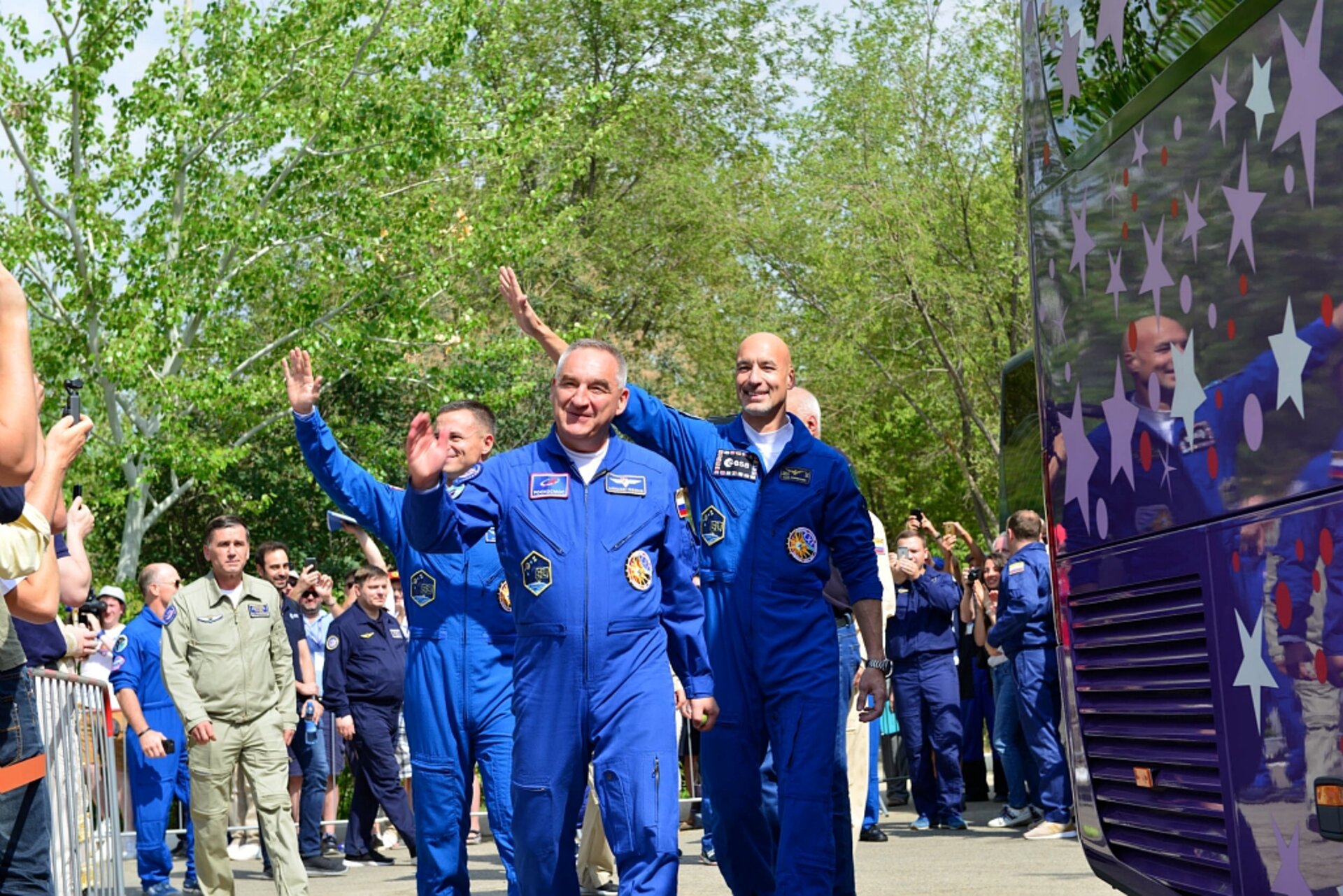 The crew of Soyuz MS-13 wave as they walk to the bus that will take them from the Cosmonaut Hotel to Baikonur cosmodrome in Kazakhstan.