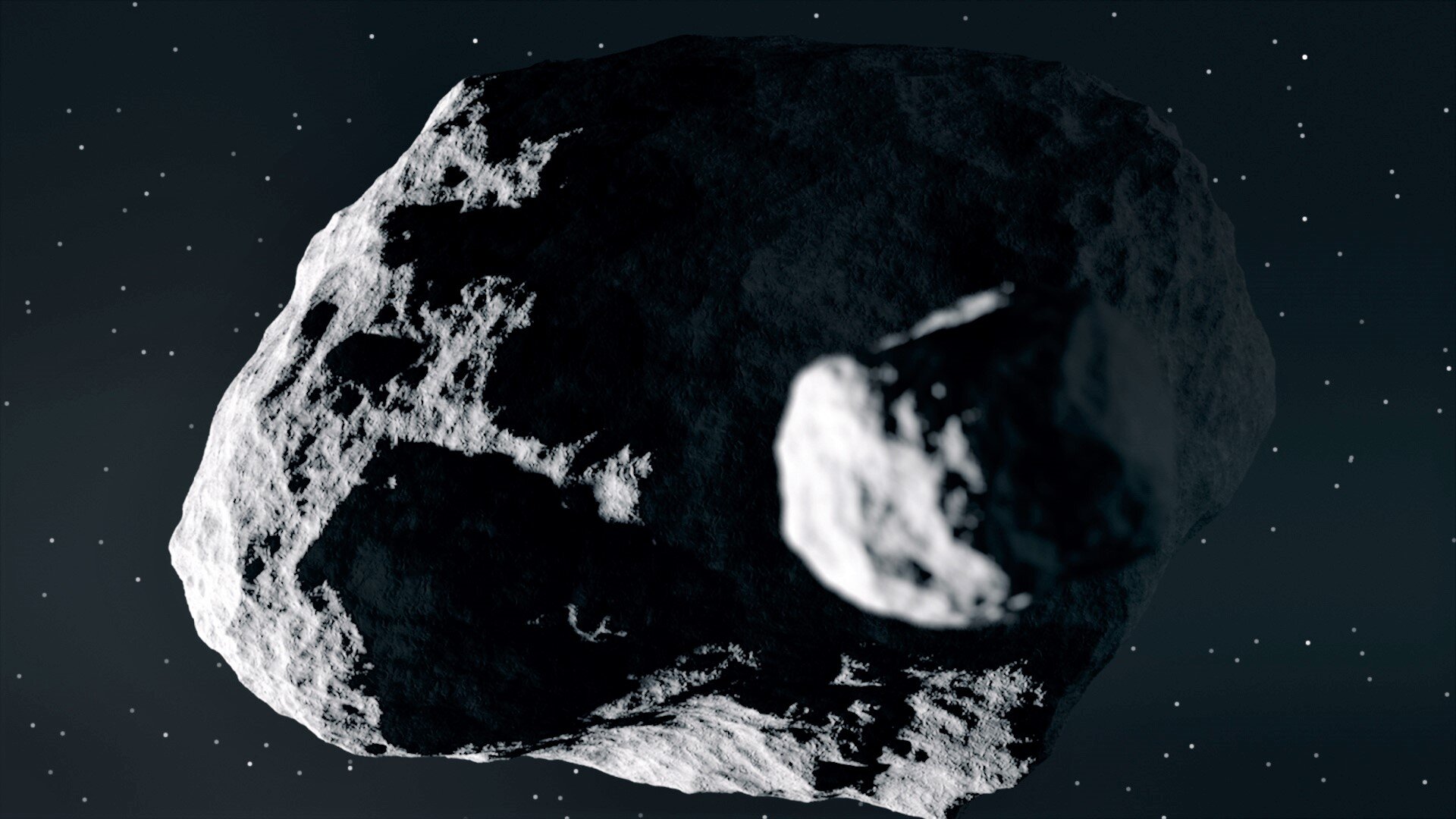 With its proposed Hera mission, ESA hopes to visit double asteroid Didymos. Around 15% of asteroids are believed to be double (or triple) asteroid systems. Some of these have been discovered through their lightcurves or radar surveys, but parallel discoveries have also been made on the ground, with ‘doublet’ impact craters caused by binary impacts – such as the adjacent Nördlinger Ries and Steinheim craters in Bavaria, Germany – along with others spotted on Mars and Venus.

The formation of asteroid moons has been shown to be a natural outcome of large asteroid disruptions – during which some fragments are ejected and remain bound together. Many of these bodies have a ‘rubble pile’ composition. This has inspired a theory that gradual increases in their rotation due to the warming of sunlight could actually lead to matter being thrown out into space by centrifugal force, some of it remaining bound to the central body and forming into a ‘moon’.

Due to the relatively small masses and gravities of the bodies involved, the smaller asteroids orbit their parents at comparatively low velocity, less than a metre per second. This opened up the possibility that it might be feasible to shift the orbit of one of these asteroid moons in a measurable way – something which would not be achievable so precisely with a lone asteroid in a much more rapidly moving solar orbit.

Hera will take advantage of this option to try to find out whether asteroids can be deflected if they pose a risk to Earth.

This artist’s impression is taken from the video Hera: ESA’s Planetary Defence Mission.