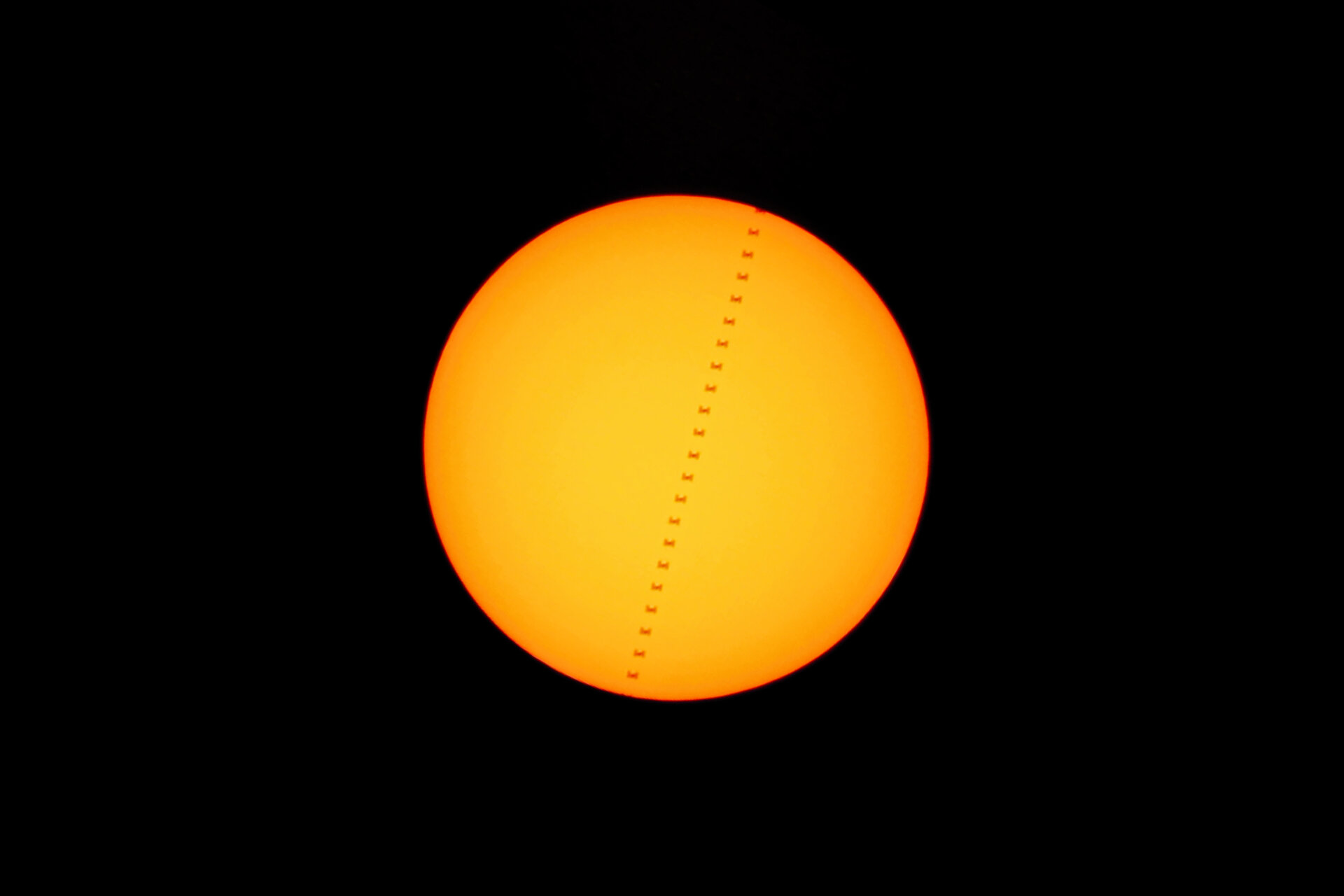 Summertime and the Space Station livin’ is easy.

Like most people this season, the International Space Station is chasing some Sun. Amateur astrophotographer Javier Manteca captured this transit of the Sun on 2 August, at 17:10 CEST from Fuenlabrada in Spain.

The International Space Station regularly transits the Sun but often along a very narrow ground path, which makes it hard to record. Once you lock down the best viewing location on Earth, timing is a critical factor: transits of the Sun last only half a second.

Using a DSLR camera attached to a 150/750 telescope recording in full HD at 30 frames per second, Javier was able to capture the 0.8 seconds it took for the Station to pass. The image is made up of those stacked frames.

An astronomy fan from a young age, Javier’s passion has grown with him. He takes photographs of any near-Earth event, because “who says that daytime astronomy is boring?” Follow Javier and his photography on Instagram.

Meanwhile, on the International Space Station the six-astronaut crew is busy carrying out science experiments, maintain the Station and getting their daily dose of exercise.

Summer is a less noticeable in the controlled environment of the Station, but the atmosphere is pleasant. ESA astronaut Luca Parmitano is finding time to sneak in selfies while working with friends.

Back on Earth, summer events are in full swing in the western hemisphere, including next week’s space-themed Stockholm Culture Festival. Held from 13 to 17 August, the mass event welcomes thousands to experience space through popular culture.

Alongside a full programme of family-friendly activities promoting space topics – from talks, to book readings, dance events and movie screenings – festival goers will get to connect to space live with an in-flight call to the International Space Station.

Luca will share his experiences in orbit with fellow astronauts Tim Peake and Thomas Reiter on stage to host the event.

The Culture Festival is also the place to be for the world premiere of the stunning film Space Station Earth, featuring images from space set to music by composer Ilan Eshkeri.