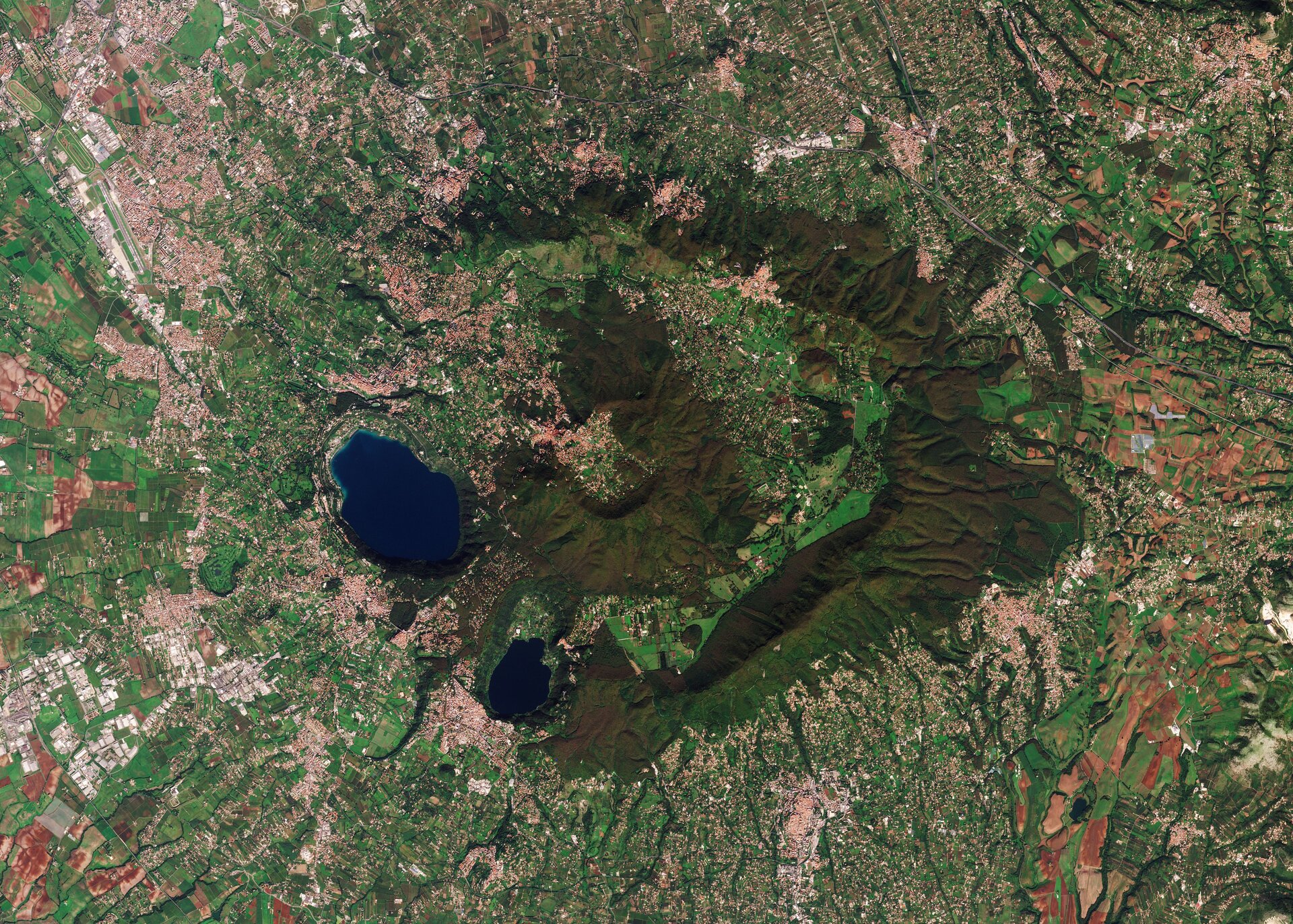 The Copernicus Sentinel-2 mission takes us over a set of small towns in the Colli Albani hills known collectively as Castelli Romani.

Located around 20 km southeast of Rome, the Castelli Romani area is of volcanic nature, originating from the collapsing of the Latium volcano hundreds of thousands of years ago. The outlines of the inner and outer crater rims are clearly visible in the image.

Two lakes now occupy the craters, the small Lake Nemi and the larger, oval-shaped Lake Albano. The town of Castel Gandolfo overlooks Lake Albano and is known for its papal summer residence where many popes have spent their summers since the 17th century.

Owing to cooler temperatures during summer, the hills and small towns are a popular destination for city dwellers trying to escape the heat.

Each town has its own attraction, for example Ariccia is famous for its porchetta or roast pork, and Frascati is predominantly known for its wine.

Frascati, which is just north of Lake Albano, is known for a number of scientific research institutes. These include ENEA, the Italian National Agency for New Technologies, Energy and Sustainable Economic Development; CNR, the Italian Research Council; INFN, the National Institute for Nuclear Physics; as well as ESA’s Earth observation centre.

From 9–13 September, ESA is holding the Φ-week event, focusing on Earth observation and FutureEO — to review the latest developments in Open Science trends. The week will include a variety of inspiring talks, workshops on how Earth observation can benefit from the latest digital technologies and help shape future missions.

This image, acquired on 13 October 2018, is also featured on the Earth from Space video programme.