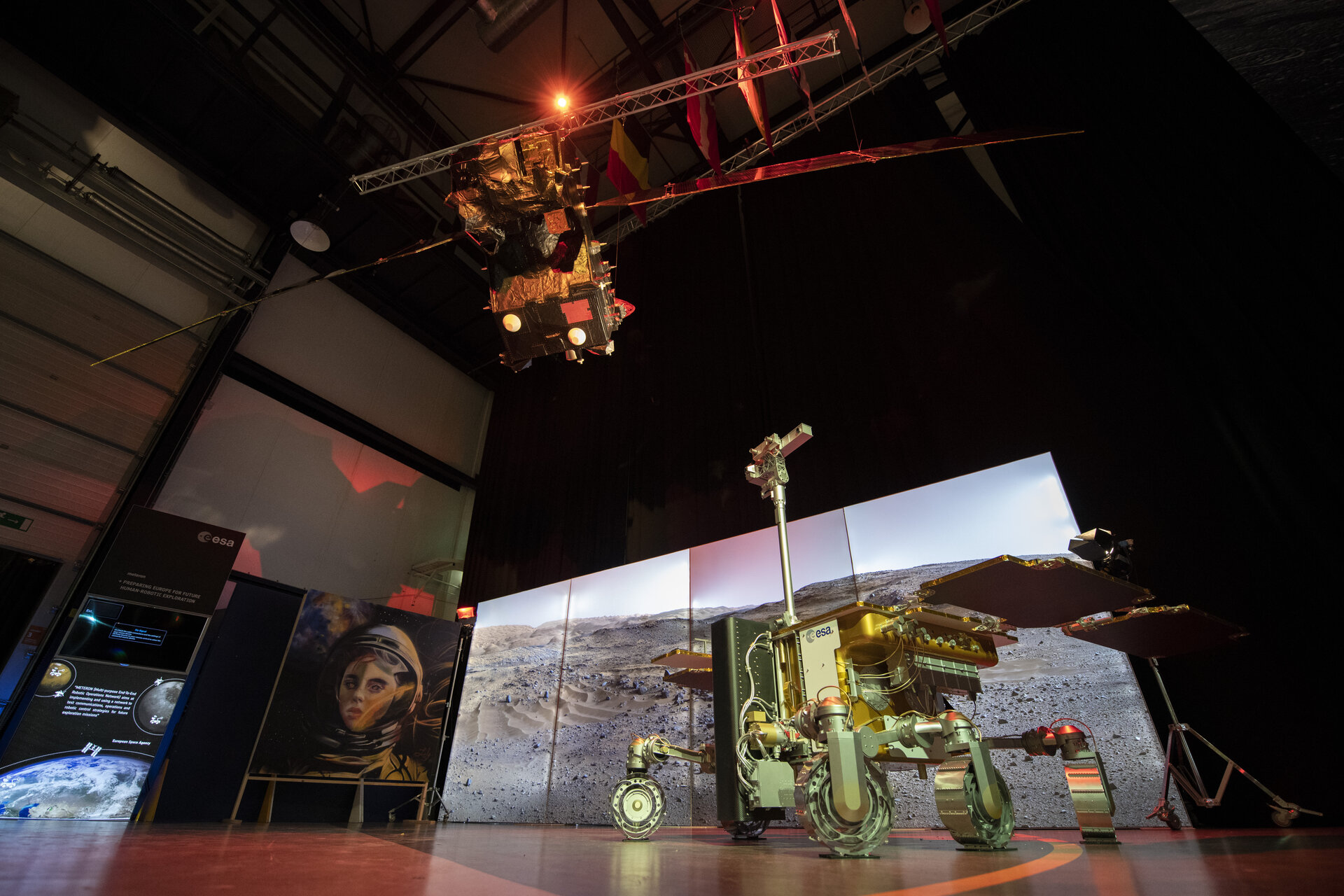 This half-scale model of ESA’s ExoMars Trace Gas Orbiter and the full-scale model of the ExoMars rover below it will be on show during ESA’s Sunday 6 October Open Day at its ESTEC technical centre in Noordwijk, the Netherlands.

Launched in 2016, the Trace Gas Orbiter is today in Mars orbit, seeking out anomalous methane gas in the scant martian atmosphere. The ExoMars rover, named Rosalind Franklin, is due to be launched next year.

The theme of this year’s ESA Open Day is ‘ESA to the Moon’, but ESTEC’s Erasmus Centre will also feature an exhibit called Destination: Mars, highlighting current and future missions to the Red Planet, including plans for an international Mars Sample Return mission.