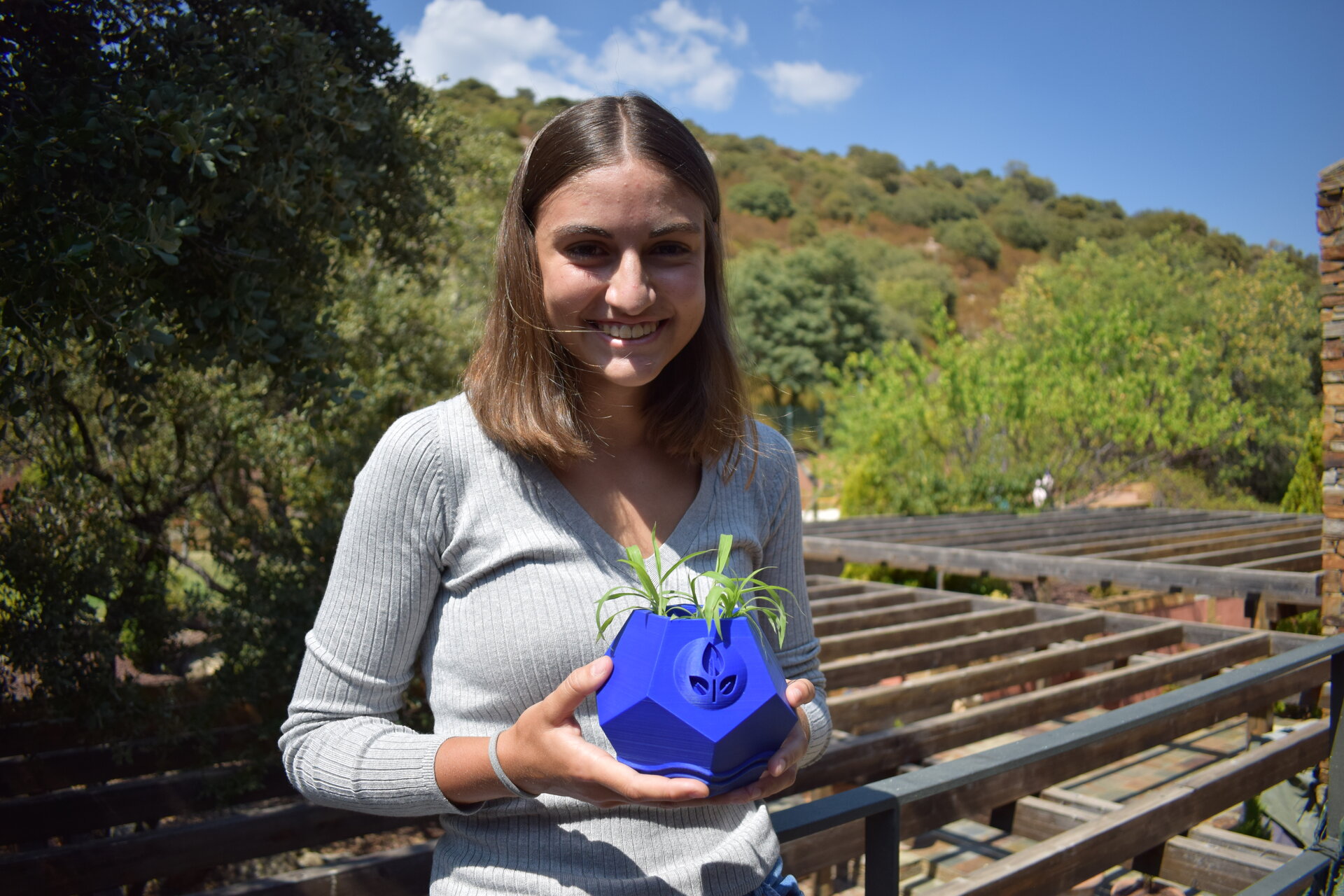 Judith de Santiago, winner of the under 18 category of ESA’s lunar 3D printing competition, with the printed version of her design: a dodecahedron (or 12-sided) plant pot.

While studying lunar base concepts ESA ran a competition, asking: what would you 3D print on the Moon, to make it feel like home?

Judith, a student from Madrid, Spain, proposed a pot for plants that would be cherished on a Moon base, incorporating symbols of Earth: “The blue curves of the bottom represent the waves of the sea, and the badge with a small plant located at the centre, inspired by Disney’s movie WALL·E, represents the Earth in general.”

Judith ensured her design was realistic by designing it in a 3D printing format.

“I first got interested in 3D printing two years ago when my high school got a new 3D printer,” Judith explains. “We were talking about future printers and what they have in mind to do with them such us using them for medical situations or maybe to build houses or even more!

“I remember my first 3D prototype: that day I was learning how to draw in a new app and I told my father to choose a random item. That's how I did a coke can, then I sent it to my tech teacher to print it for me and the result was amazing.

“Since then I've been learning how to use the different apps to create from basic figures to replace some broken pieces. Finally, I got a small 3D printer for my birthday so I could keep practicing.”

As a prize, Judith received this prototype version of her design BeeVeryCreative in Portugal, part of the URBAN consortium of companies overseeing ESA’s ‘Conceiving a Lunar Base Using 3D Printing Technologies’ project: “It is exactly as I imagined it to be – I was very excited to see it.”

The competition received more than a hundred entries from adults and children across the world with other ideas including a mobile lampshade to generate Earth-like colours, an hourglass filled with lunar dust, a glass model of Earth including realistic night lighting, proposals for statues and game boards – not to mention a few suggestions to print a 3D printer.

The adult category was won by visual artist Helen Schell from the UK, proposing a ‘magic Moon garden’, printed from recycled coloured plastics.