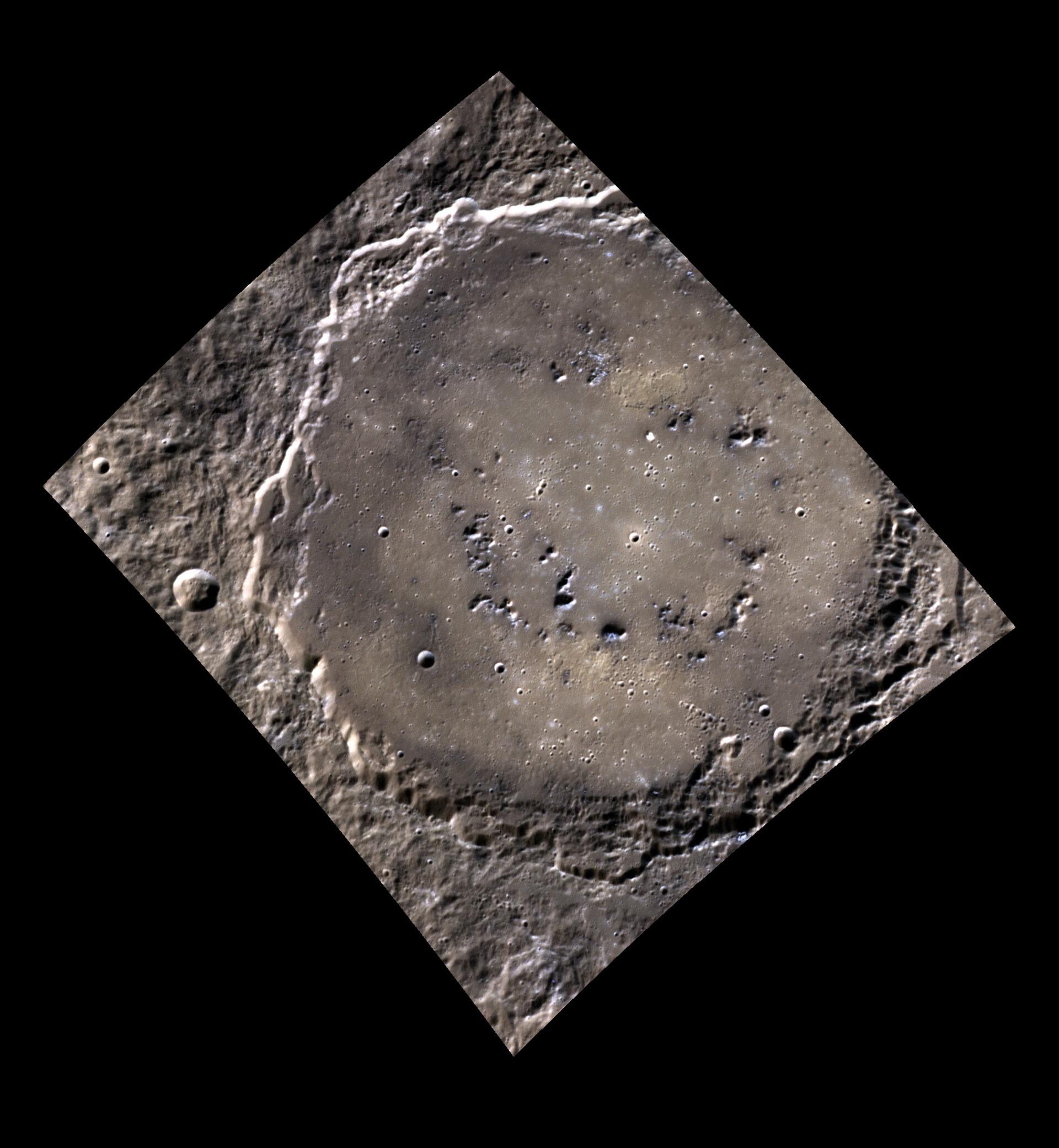 By studying the rocks inside impact craters like this one, ESA research fellow Joana S. Oliveira has found that the location of Mercury’s magnetic field has changed over time in surprising ways.

Just like Earth, Mercury has a liquid metallic core, the motions within generating the magnetic field. On Earth, our magnetic north and south poles drift between about 10 and 60 km per year, with our planet’s magnetic field orientation flipping more than 100 times in the course of its 4.5 billion years.

Joana used data from NASA’s MESSENGER mission, which orbited Mercury from 2011-2015, to try to better understand the magnetic history of the innermost planet. The results of the study will help inform investigations to be conducted by the joint ESA/JAXA BepiColombo mission that is on route to the planet, arriving in 2025.

Scientists use rocks to study how planets’ magnetic fields evolve. Volcanic rocks created from cooling lava, or rocks that have become molten in large impact events are particularly useful tools. As the rocks cool, any magnetic materials contained with them aligns with the current field, preserving the direction and position of the planet’s magnetic field like a snapshot in time.

Joana and her colleagues used spacecraft observations from five craters with magnetic irregularities. One of the craters, named Rustaveli and found in the northern hemisphere, is pictured here. The craters were suspected to have formed during a time with a different core magnetic field orientation than that of today. The researchers modeled Mercury’s ancient magnetic field based on the crater data to estimate the potential locations for the poles in the past.

They found them to be far from the current position, and could have changed throughout time. They expected the poles to be clustering at two points closer to Mercury’s rotational axis at the geographic north and south of the planet. However, the poles were randomly distributed and were all found in the southern hemisphere. The ancient poles do not align with Mercury’s current magnetic north pole or geographic south, indicating the planet’s dipolar magnetic field has moved. The results also suggest the planet may have shifted along its axis, in an event called a true polar wander, where the geographic locations of the north and south poles change.

While it is not unusual for a planet’s field to change, the new results reinforce the idea that Mercury’s magnetic evolution was very unlike Earth’s. The dual scientific orbiters of the BepiColombo mission will gather unique magnetic field data and potentially narrow the study’s conclusions, while also helping us to place our own planet’s magnetic evolution in context.

The new research is published in the AGU Journal of Geophysical Research.

Read a review of the article on the AGU blog.

Find out more about ESA’s research fellowships (the next application deadline is 1 October).