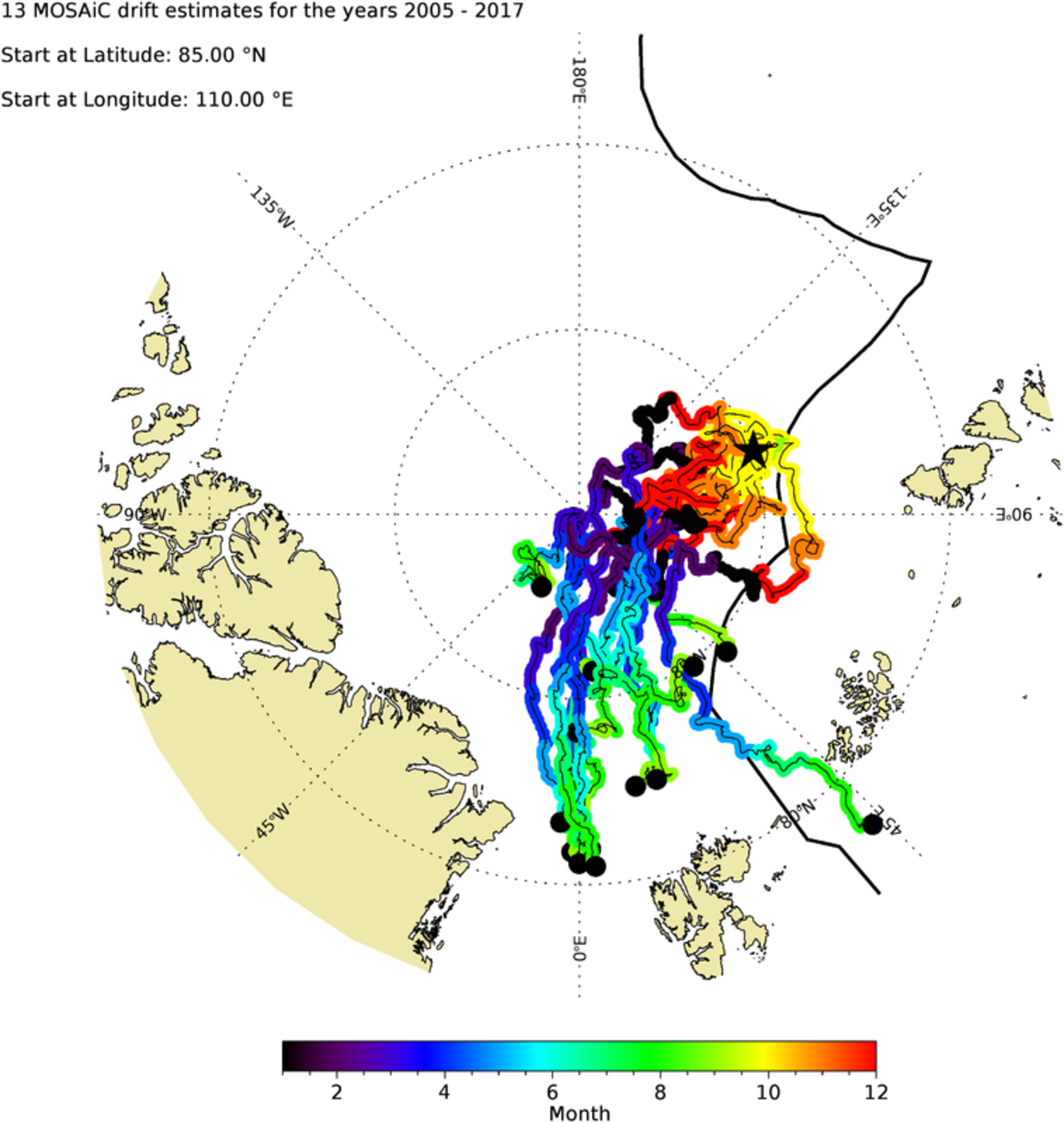 In October 2019 the research icebreaker Polarstern will drop anchor at an ice floe in the northern Laptev Sea, which will mark the beginning of the MOSAiC experiment. The ship’s potential drift route can be roughly estimated in advance by reconstructing the course that the ice followed from the starting point in past years. This involves the use of satellite data, which depicts the ice drift in the Arctic on a daily basis. The image shows sample drift trajectories for 2005–17 and a potential starting point near 85°N/130°E. The starting date for the drift analysis is always 1 October of the respective year.