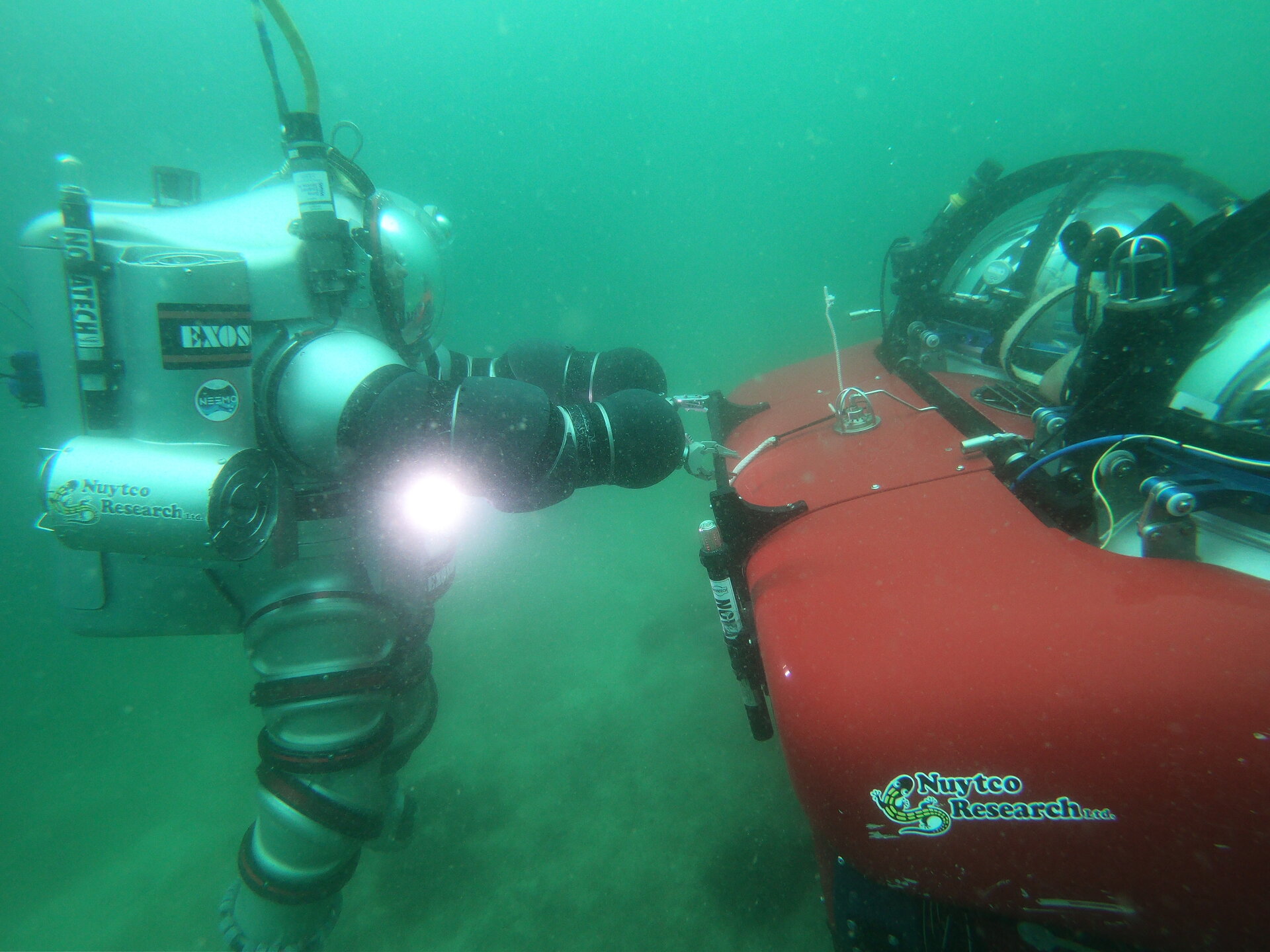 That is not the ESA Kids mascot Paxi's ship on the right. Nor is that a vintage diving suit on the left. It is lunar exploration with an aquatic twist.

Astronauts recently took to diving with underwater suits and submersibles in the latest NASA Extreme Environment Mission Operations, or NEEMO, off the coast of California, USA to access concepts for undersea training that will aid our next steps on the Moon.

From 21 to 28 August, ESA astronaut Thomas Pesquet joined NASA astronaut Drew Feustel and Japanese astronaut Norishige Kanai as a submersible pilot for a new version of NEEMO focusing on technology, called NEEMO NXT, hosted by the University of California.

Unlike usual NEEMO missions underwater, in which the ‘aquanauts’ spend two weeks living at the Aquarius base off the coast of Florida, the astronauts resurfaced each day.

Mission objectives were to test new technology and techniques. The commercial deep-diving ExoSuit was tested for its dexterity for analogue missions, while the mini submarine simulated the role of a pressurised rover for geological traverses.

The mission also judged whether the new location off the coast of California is suitable as a stand-in for environments astronauts may encounter on the Moon.

The underwater world offers similar geological features to the Moon and putting ideas to the test under high workload, real-world stress, and the unexpected problems that come with field work is one of the only ways to iron out any kinks in new exploration approaches and techniques.

The aquanauts were supported by an extensive team of support divers and ground-based personnel to monitor tasks and guide the astronauts.

Training programmes on Earth allow space agencies to head to extreme environments to put their ideas into practice, simulating aspects of space. ESA organises regular missions in caves in Italy and on the Canary Islands, with the next Caves programme taking six ‘cavenauts’ underground later this month.