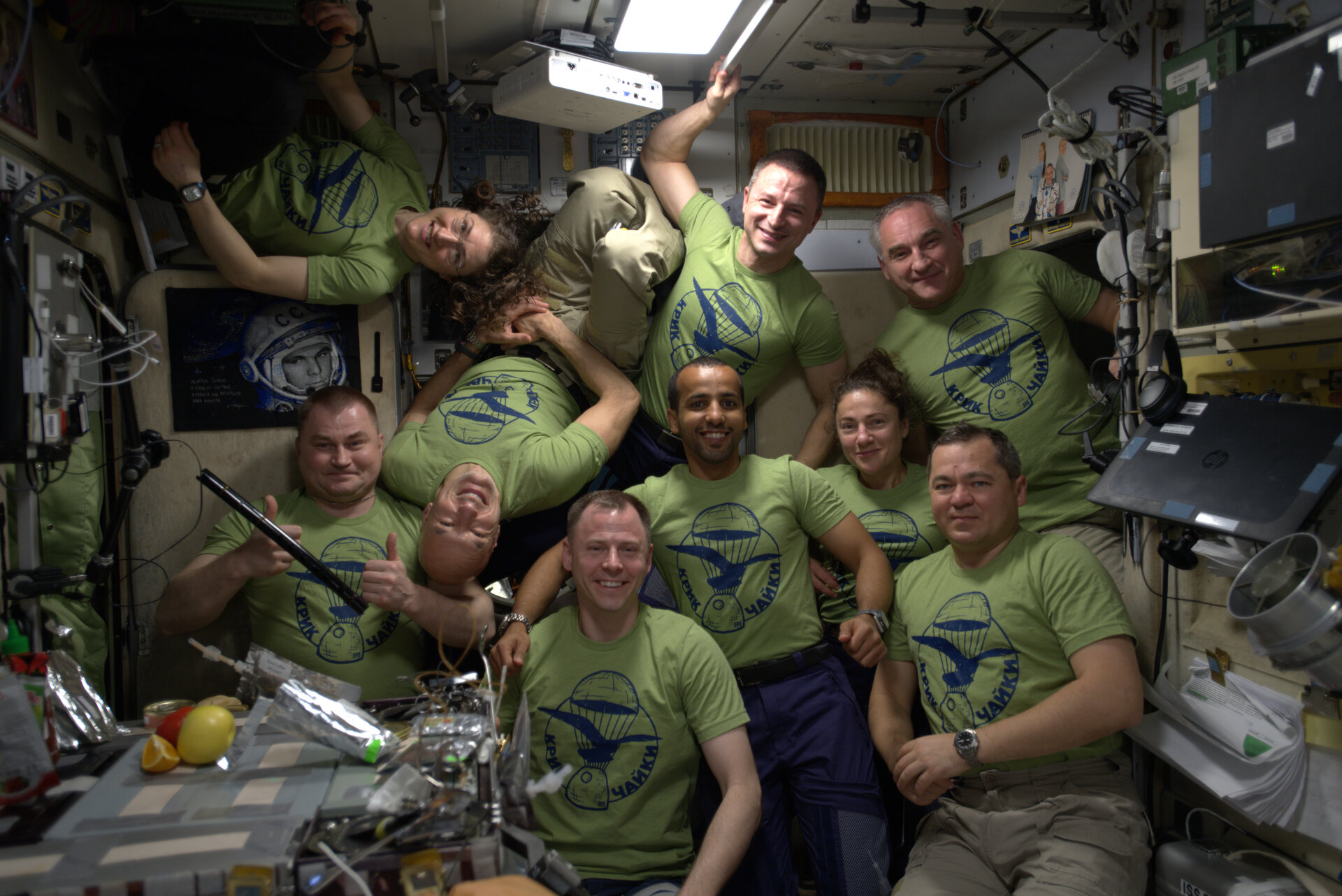 A flock of astronauts

When Earth is so far away, it helps to have friends nearby.

The usual six-astronaut crew of the International Space Station welcomed three more and a cargo vehicle last week, making for a full house on the orbital outpost.

With nine people now on board, the Space Station is even busier and nosier than usual, including at mealtimes.

ESA astronaut Luca Parmitano tweeted this image of the team gathered for a celebratory dinner in the Russian Zvezda module, the food preparation area of the Space Station. He captioned it:

“Celebrating three birthdays in one week (me, and Nick Hague and Alexei Ovchinin), wearing the t-shirts of our ‘space band’: ‘Kryk Chayky’- ‘The cry of the seagull.’”

The seagulls, like shared mealtimes, are one way the crew cope with the oddities of life in space. From isolation and disturbed day-night rhythms to the hums and buzzes of the Space Station, living in space can be stressful. Astronauts try to maintain a routine that includes social time to unwind and build comradery.

This is especially important in a multicultural environment. A total of 239 people from 19 countries have visited the space home, and as of Luca’s current mission Beyond, there are 4 nationalities on board.

Luca is preparing to take over command of the Space Station, when current commander cosmonaut Alexei Ovchinin, NASA astronaut Nick Hague and UAE astronaut Hazza Al Mansouri return to Earth in the early hours of 3 October.

In the meantime, it is not all fun and band practice for the crew. They are hard at work on science experiments and, perhaps more importantly this week, station maintenance. Read more about the experiments and chores in the biweekly roundup.

Watch this space for the release of Kryk Chayky’s first station album, due out in the coming light year.