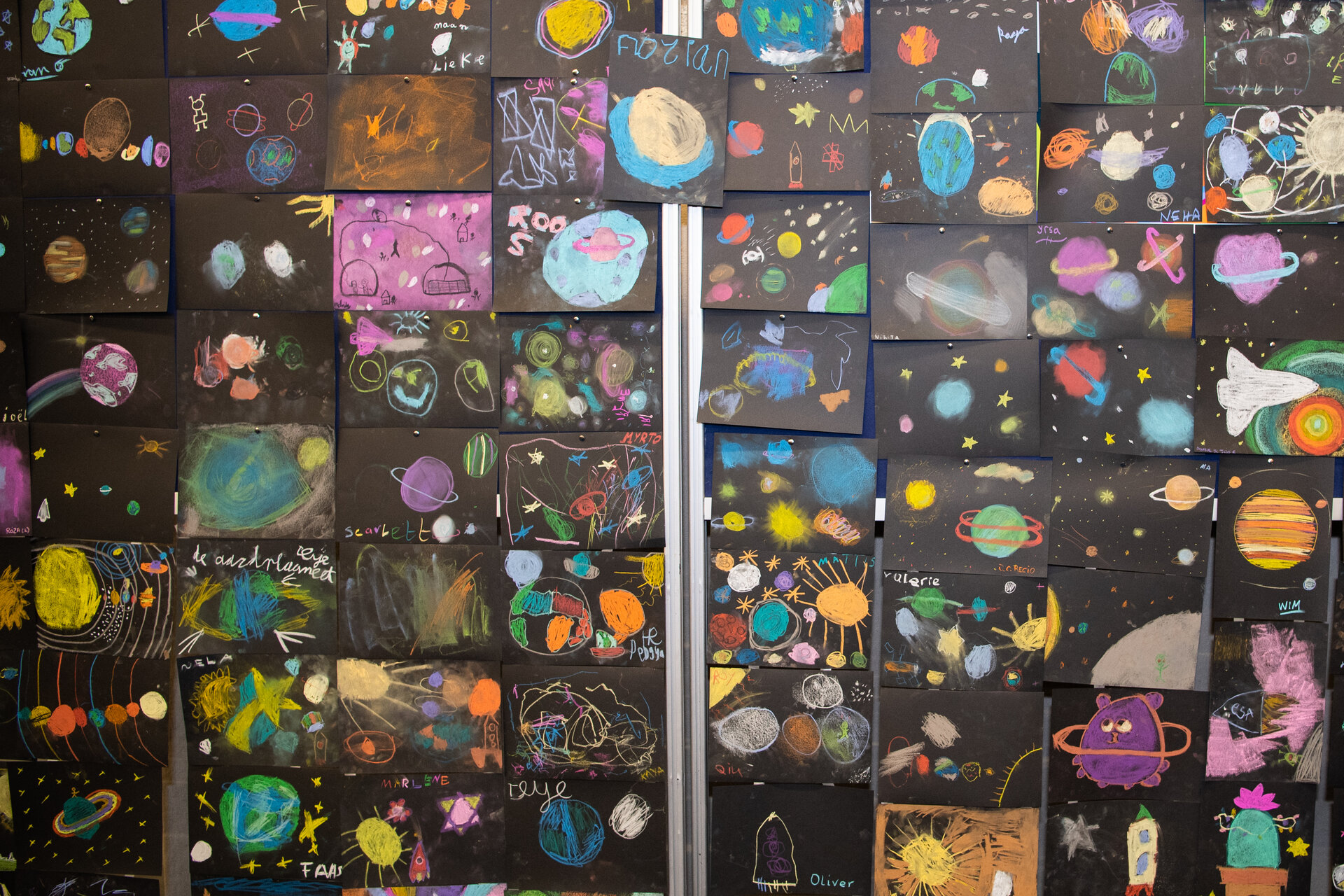 What do planets around other stars look like? Are they rocky, like our own planet Earth, or gassy, like Jupiter and Saturn? Do they have moons? Are they suitable to host life? These are some of the most fascinating questions in modern astrophysics.

Since the first discoveries of planets orbiting stars other than our Sun in the 1990s, scientists have discovered over 4000 exoplanets, revealing a variety of alien worlds much unlike any of the planets in our Solar System. While the study of exoplanets is one of the fastest growing areas in astronomy, there is still much we don’t know about planetary systems beyond our own.

On 6 October, at ESA’s Open Day in the Netherlands, children visiting the agency’s largest establishment with their families had a chance to unleash their fantasy and creativity, sharing with ESA scientists how they imagine some of these planets might look like. The result of this public engagement activity, led by ESA research fellow Alice Zocchi, is the ‘Exoplanet Zoo’ – a collection of more than 200 drawings, a fraction of them shown in this picture.

The artwork portrays a wide variety of stars and planets, some inspired by the looks of Earth, Mars and other Solar System worlds, along with many curious, original views. One day, observations from future facilities on ground and in space could perhaps report that some of these visionary drawings do have an actual counterpart somewhere in the Universe.

To investigate exoplanets, ESA is preparing to launch its first mission dedicated to this subject: Cheops, the CHaracterising ExOplanet Satellite. Due to lift off in mid-December, Cheops will perform detailed observations of bright stars known to host planets, particularly in the Earth-to-Neptune size range, enabling a first step towards characterising the nature of these distant, exotic worlds.

Cheops will also help provide targets for other missions, including the NASA/ESA/CSA James Webb Space Telescope, which will be used to search for the signatures of water and methane, important elements in our quest for signs of habitability. On a longer timeframe, ESA is planning two more missions dedicated to the study of exoplanets – Plato, the PLAnetary Transits and Oscillations of stars mission, and Ariel, the Atmospheric Remote-sensing Infrared Exoplanet Large-survey mission – keeping European science at the forefront of exoplanet research.