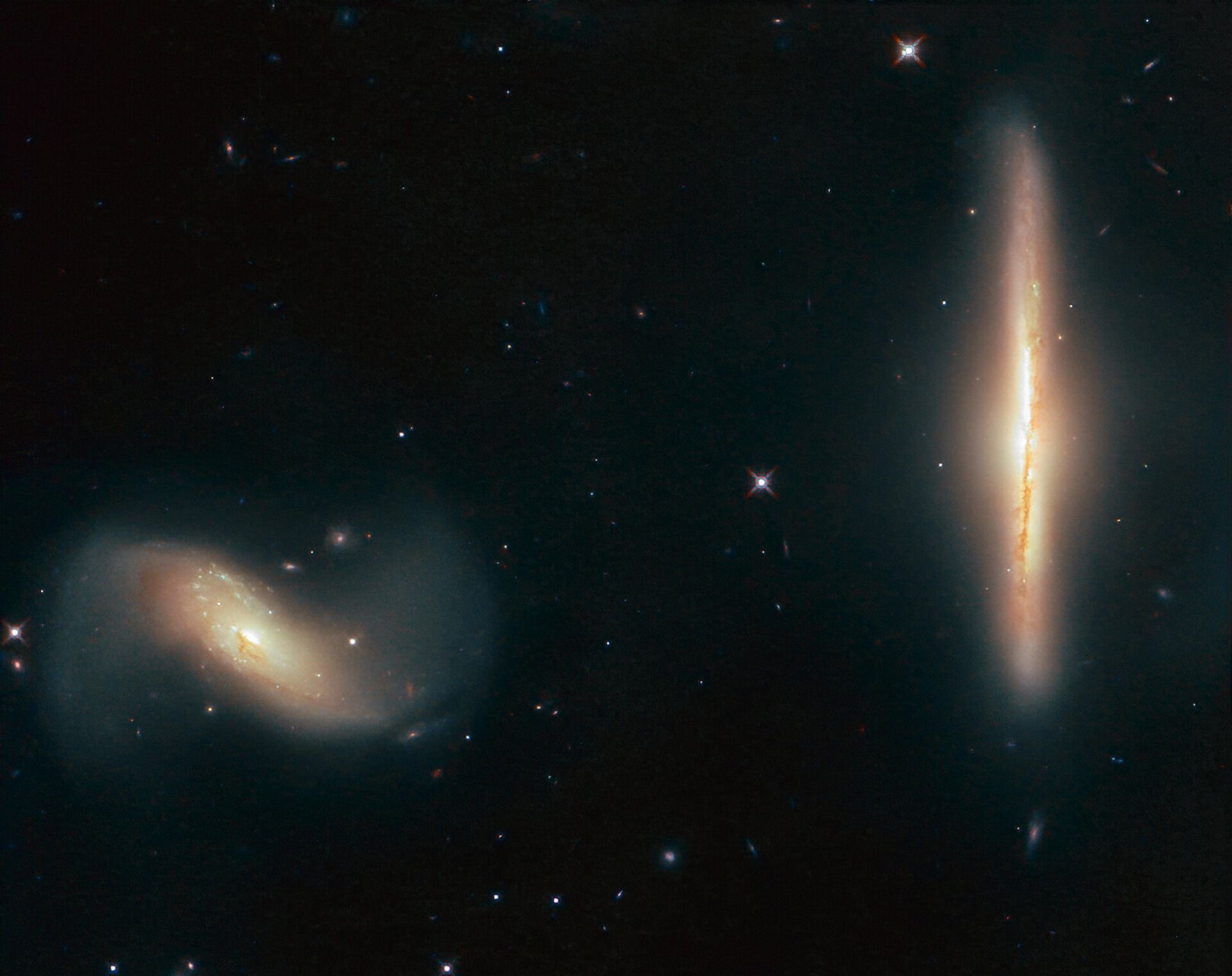 Some galaxies are closer friends than others. While many live their own separate, solitary lives, others stray a little too close to a near neighbour and take their relationship to the next level.

The galaxy in this Picture of the Week, named NGC 6286, has done just that! Together with NGC 6285, the duo is named Arp 293 and they are interacting, their mutual gravitational attraction pulling wisps of gas and streams of dust from them, distorting their shapes, and gently smudging and blurring their appearances on the sky — to Earth-based observers, at least.

The NASA/ESA Hubble Space Telescope has viewed a number of interacting pairs. These can have distinctive, beautiful, and downright odd shapes, ranging from sheet music to a spaceship entering a sci-fi-esque wormhole, a bouquet of celestial blooms, and a penguin fiercely guarding its precious egg.

Arp 293 is located in the constellation of Draco (The Dragon), and lies over 250 million light-years from Earth.