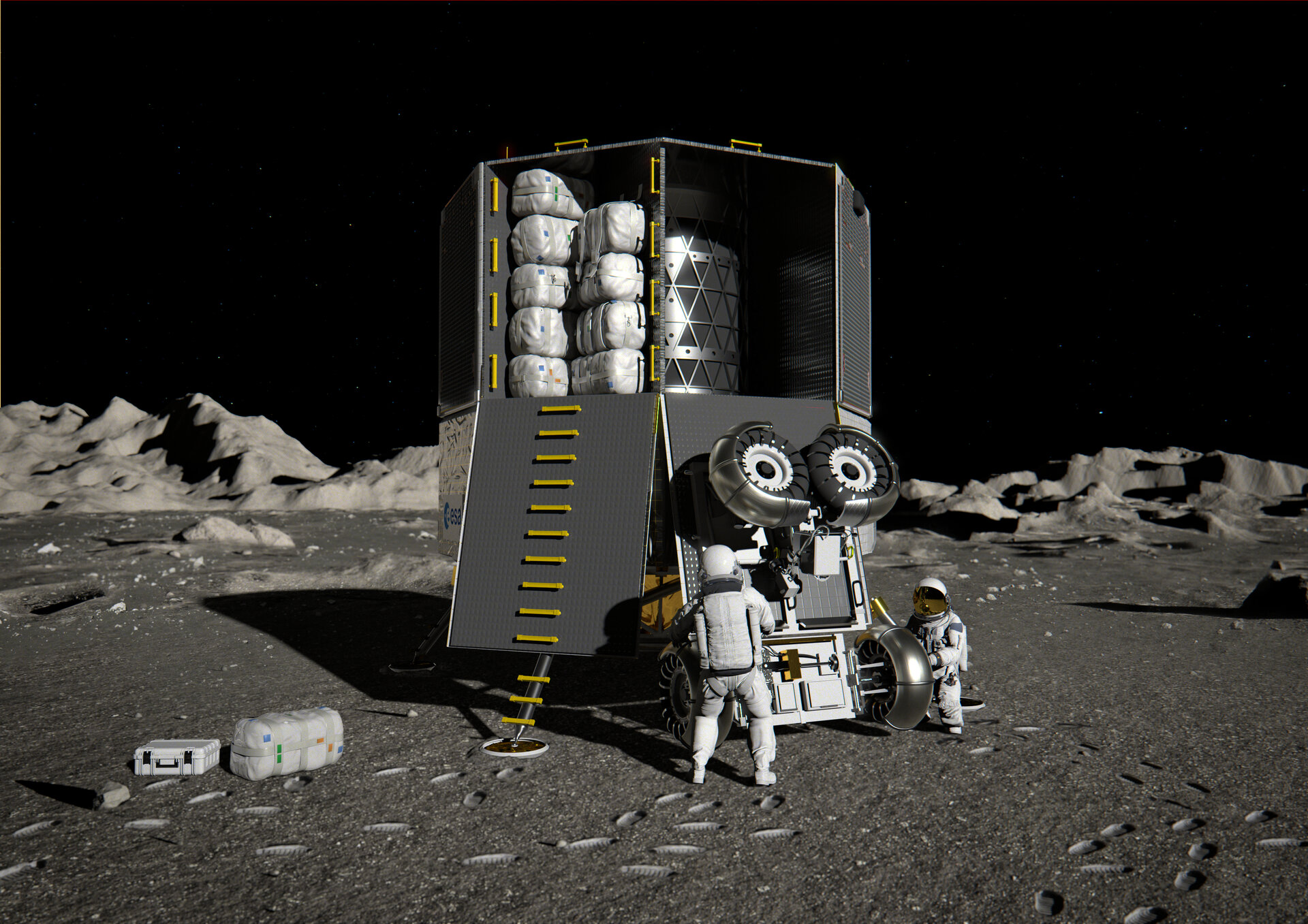 The Heracles European Large Logistic Lander enables a series of proposed ESA missions to the Moon that could be configured for different operations such as cargo delivery, returning samples from the Moon or prospecting resources found on the Moon.

This artist's impression shows the cargo configuration of the lander, delivering supplies and even rovers or robots to the Moon’s surface for astronauts as part of NASA’s Artemis programme.

The Heracles European Large Logistic Lander will bring a sample return package to a previously unexplored region near the lunar South Pole as an interesting area for researchers.

Other goals of the missions include testing new hardware, demonstrating technology and gaining experience in operations while strengthening international partnerships in exploration. Its development will provide an Ariane 64-based lunar cargo lander available for potential future commercialisation by European industry.

The sample return mission based on the Heracles European Large Logistic Lander enables an international programme to use the Gateway to the fullest and enable scientists on Earth to select and return samples of their choice using artificial intelligence technology that is more capable than on previous missions.