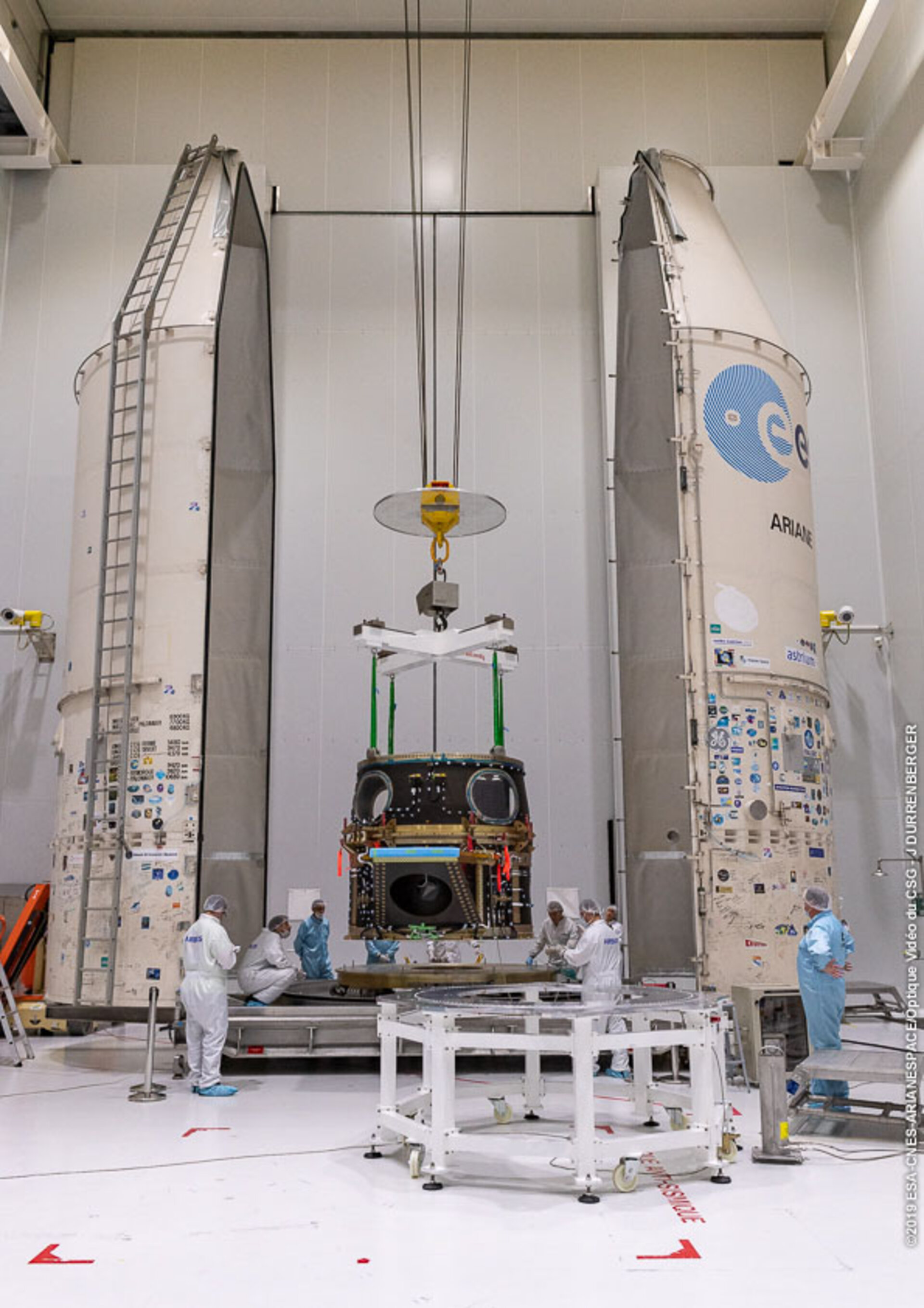 ESA’s Characterising Exoplanet Satellite, Cheops, encapsulated under the ASAP-S adapter of the Soyuz launcher, after having been moved to the platform of the transport module on 29 November. The two shells of the module were later closed and sealed before transport  to the final integration building at Europe’s Spaceport in Kourou, French Guiana.