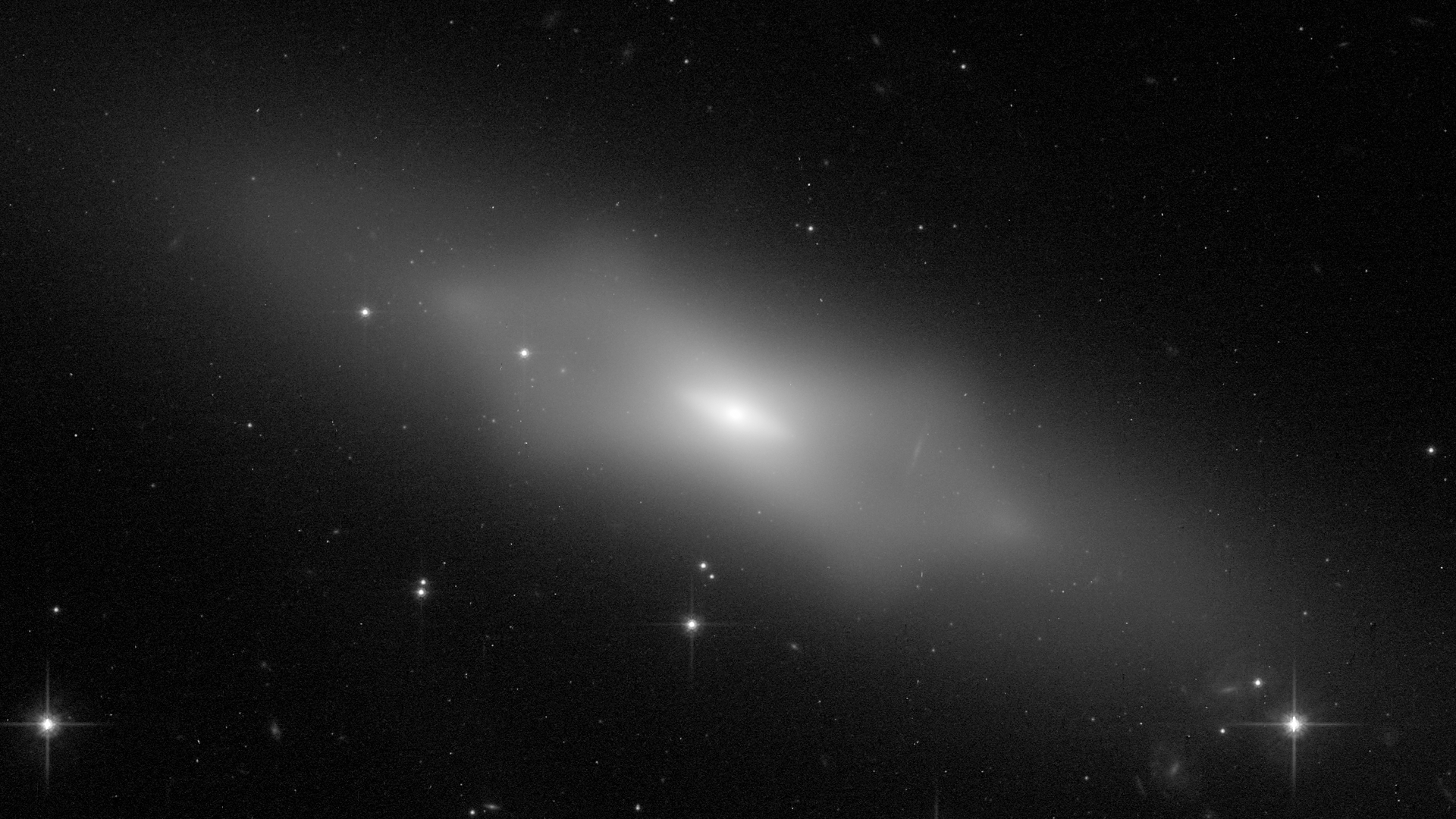 This image from the NASA/ESA Hubble Space Telescope shows NGC 1175, a galaxy with an intriguing and distinctive shape.

Galaxies come in a range of shapes and sizes. Spiral galaxies are characterised by a bright core and vast, pinwheeling arms of gas, dust and stars – NGC 1175 is such a galaxy, and also hosts something known as a ‘bar’ of material that slices through its centre. Bars affect how material circulates throughout a galaxy, and look uniquely intriguing from afar.

And there’s more. When viewed edge-on, galaxies like this one have an even more peculiar morphology: their inner regions appear to be thicker in some directions than others, causing them to adopt a shape that is boxy and resembles an unshelled peanut or giant ‘X’.

NGC 1175 was observed as part of a Hubble proposal named ‘Gems of the Galaxy Zoos’, for which a number of citizen scientists voted on the galaxies they wanted Hubble to observe when the telescope had gaps of time between scheduled projects. Voting took place on the Zooniverse platform. This image comprises infrared data gathered by Hubble’s Advanced Camera for Surveys on 18 July 2019.

Despite studies implying that our very own cosmic home, the Milky Way, has an ‘X’-shaped core, it remains unclear how and when these boxy bulges formed. A recent study led by ESA research fellow Sandor Kruk used high-resolution Hubble data to explore galaxies more distant than NGC 1175. They found that these boxy bulges began forming some seven billion years ago, when the Universe was around half its current age. Their formation is related to that of galactic bars, which are thought to have formed about two billion years before the intriguingly shaped bulges began to emerge. The stars within these bars orbit the galactic centre in complex, dynamic ways, with an array of vertical motions that contribute to the galaxies’ observed central boxy morphology.

Hubble has spied a number of boxy/peanut-shaped galaxies, including the beautiful NGC 4710. Further research into these intriguing galaxies will be made possible by ESA’s upcoming Euclid mission, which will be able to survey how often these bulges crop up across a much larger number of galaxies, and by the James Webb Space Telescope (JWST), Hubble’s successor, which will be able to observe incredibly distant galaxies like these in order to better understand their history and formation. JWST is a joint project of NASA, ESA and the Canadian Space Agency.