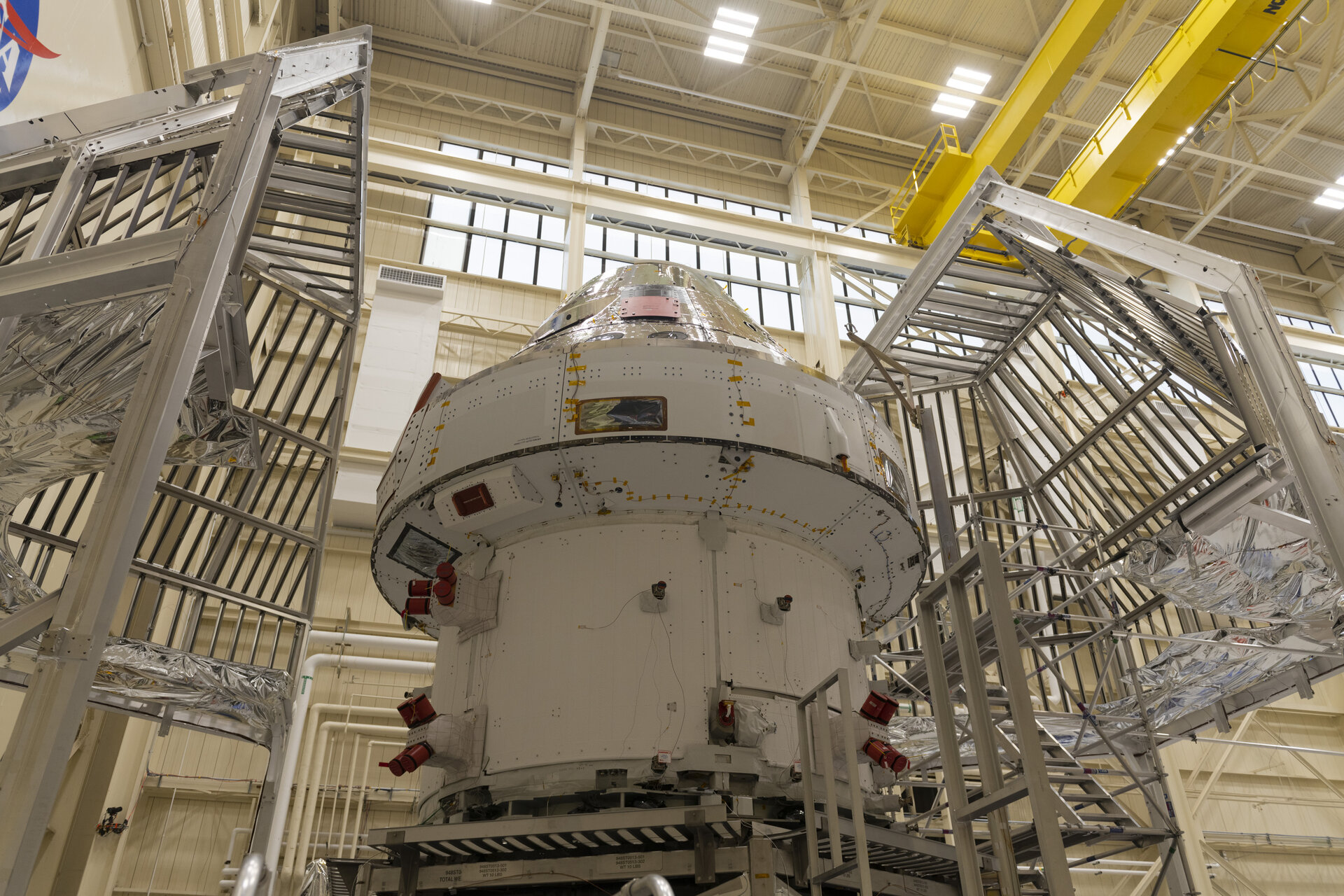 The Orion spacecraft with European Service Module at NASA’s Plum Brook Station. The first Orion will fly farther from Earth on the Artemis I mission than any human-rated vehicle has ever flown before – but first it will undergo testing to ensure the spacecraft withstands the extremes of spaceflight.

Here at NASA’s Plum Brook Station in Ohio, USA, Orion is being put into a thermal cage in preparation of getting its first feel of space in the world’s largest thermal vacuum chamber.

Orion will be subjected to temperatures at Plum Brook ranging from –115°C to 75°C in vacuum for over two months non-stop – the same temperatures it will experience in direct sunlight or in the shadow of Earth or the Moon while flying in space.

In the picture, Orion is being placed in a cage, called the Thermal Enclosure Structure (TES), that will radiate infrared heat during the tests inside the vacuum chamber.

The tests that will be run over the next few months will show that the spacecraft works as planned and adheres to the strictest safety regulations for human spaceflight. The European Service Module has 33 thrusters, 11 km of electrical wiring, four propellant and two pressurisation tanks that all work together to supply propulsion and everything needed to keep astronauts alive far from Earth – there is no room for error.