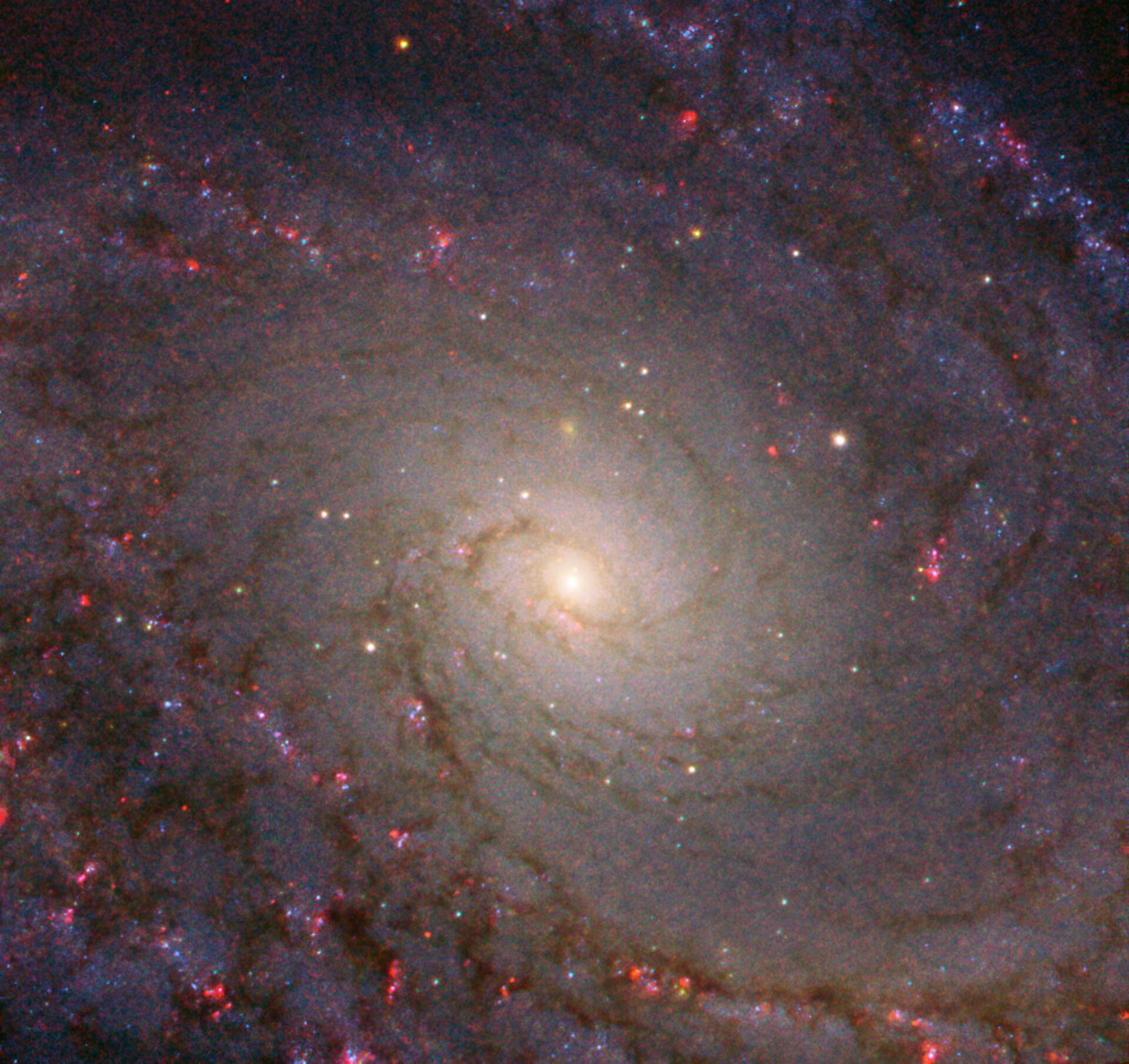 This eye-catching galaxy is known as NGC 5364.

Unmistakably a spiral, NGC 5364 is also something known as a grand design spiral galaxy — a descriptive name deserved by only one-tenth of spirals. While all spirals have a structure that is broadly similar, there is quite a bit of variation amongst individual galaxies; some have patchy, oddly-shaped arms, some have bars of stars cutting through their core, some are colossal and radiant, and others are dim and diminutive. Grand designs like NGC 5364 are in many ways the archetype of a spiral galaxy. They are characterised by their prominent, well-defined arms, which circle outwards from a clear core.

Despite being classified in this way, NGC 5364 is far from perfect. Its arms are asymmetrical compared to other grand design spirals — this is thought to be due to interactions with a nearby neighbour. This neighbour and NGC 5364 are tugging on one another, warping and moving their stars and gas around and causing this misshapen appearance.

This image was captured by the NASA/ESA Hubble Space Telescope’s Advanced Camera for Surveys.