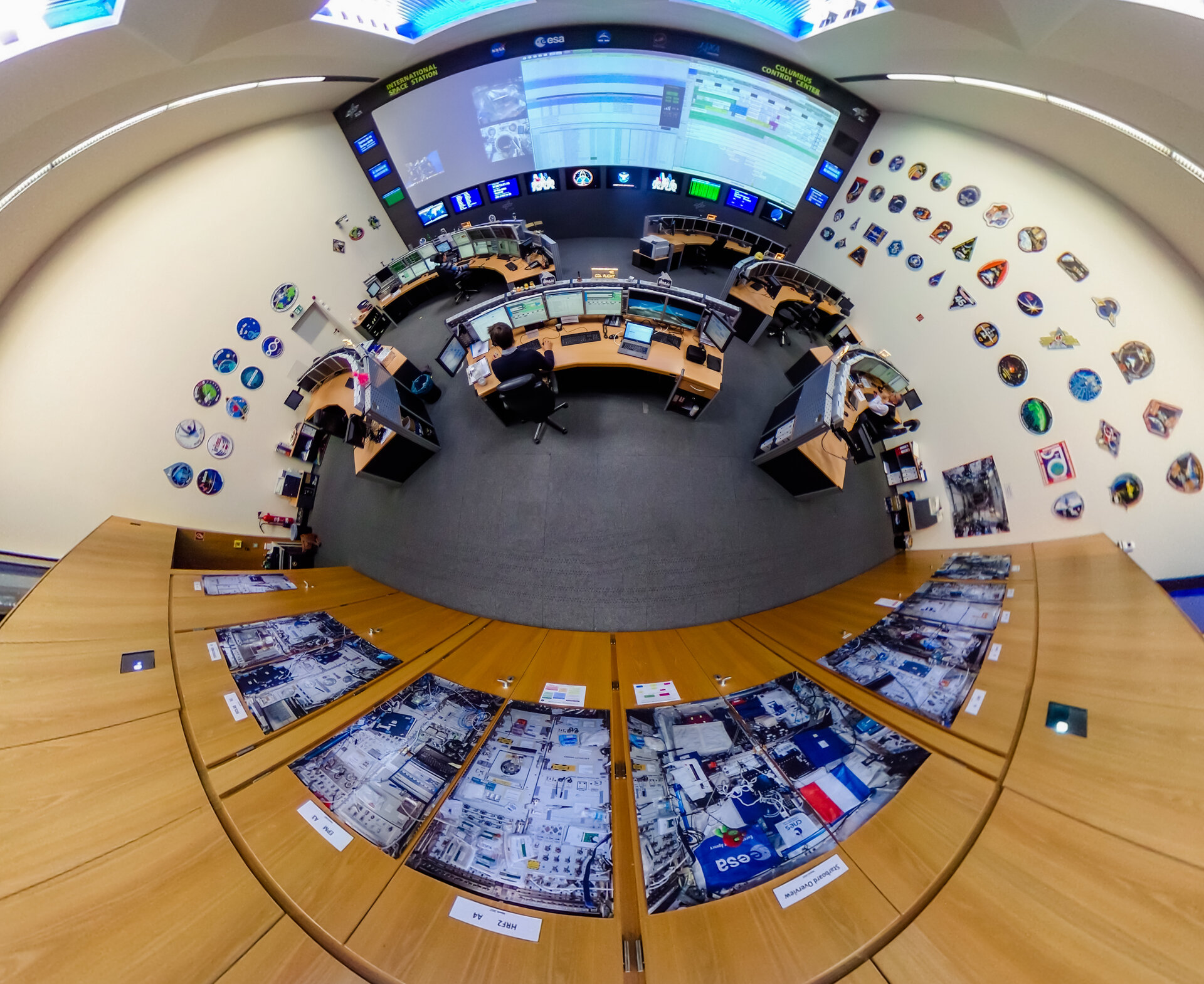 Despite the Corona crisis, flight controllers and ground controllers are still working in shifts in control centres around the world, 24 hours a day, to keep the International Space Station aloft. This image shows operators at the Columbus Control Centre in Oberpfaffenhofen near Munich, Germany. With rules in place to limit the spread of the Corona virus, critical staff continue their work to ensure the European laboratory circling our planet at 28 800 km/h runs smoothly, the three astronauts living in Earth orbit are safe, and science continues in orbit.

Even though this is a normal day in a control room, the operations engineers maintain more than three metres distance at all times to stay healthy. The layout of the Columbus Control Centre helps, as the consoles are spaced far apart or are in different rooms. In the foreground is the Columbus Flight Director of the integrated operations team with the German Aerospace Centre DLR, in front of him is a member of the STRATOS team, a Columbus Systems, Data Management and Communications Engineer.

Other control centres around Europe were also in action this week. A Eurocom at the European Astronaut Centre near Cologne, Germany, was online to talk to the astronauts and filter information from the other centres. At Altec Space in Turin, Italy, the PASO and COSMO teams supported on-board activities while the Belgian User Operations Centre in Brussels kept the space storm hunter ASIM outside Columbus and the Fluid Science Laboratory inside Columbus running smoothly. In Toulouse, France, CADMOS was on console for the Canadian Vascular Echo experiment that uses European hardware and in Madrid, Spain, the E-USOC operations centre operated ESA’s Transparent Alloys Experiment inside the Microgravity Science Glovebox.

Meanwhile DLR’s ground segment engineers work behind the scenes to ensure all networks and computers are problem-free.

The Columbus Control Centre is at a DLR site in Oberpfaffenhofen. Its integrated team is the main centre of European International Space Station operations, working with centres around the world in USA, Russia, Canada and Japan that set the daily schedule for astronauts in orbit and keep all systems of the weightless research facility running 400 km above our heads.