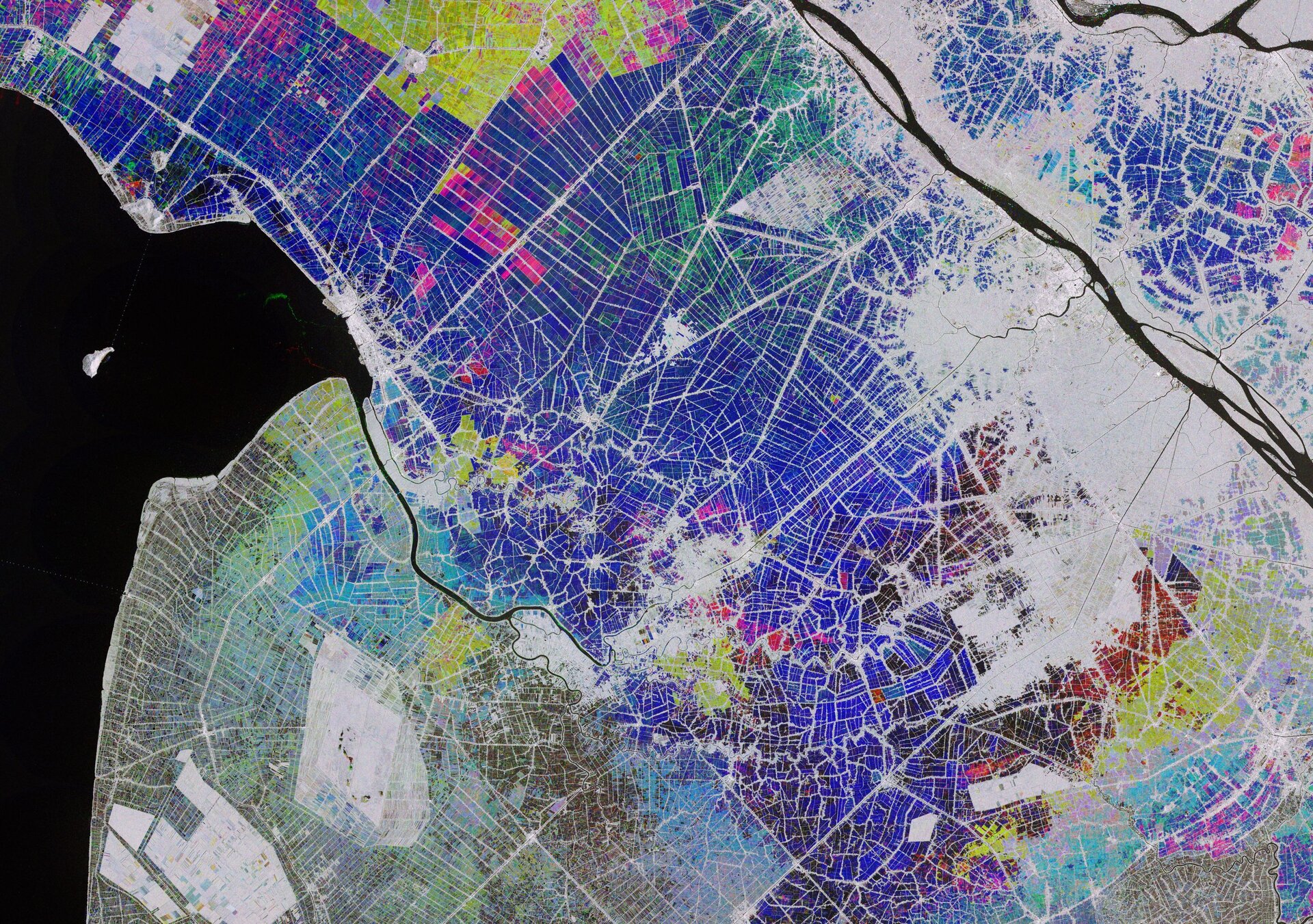 The Copernicus Sentinel-1 mission takes us over part of the Mekong Delta – a major rice-producing region in southwest Vietnam.

In Vietnam, rice has been a strategic crop for national food security. Vietnam is the fifth largest producer of rice in the world, the majority of which is grown in the Mekong Delta – a vast flood plain and one of Asia’s most fertile agricultural zones.

Such an enormous amount of rice is produced in the Mekong Delta that it is often referred to as Vietnam's 'rice bowl'. The rice grown here produces enough to make Vietnam the world's third biggest rice exporter – after India and Thailand.

This multi-temporal image combines three radar acquisitions from the Copernicus Sentinel-1 mission taken around one month apart to show changes in crop and land conditions over time. The bright colours in the image come from changes on the ground that have occurred between acquisitions.

Here, the first image, from 28 October 2019, picks out changes in pink and red, the second from 21 November shows changes in green, and the third image, from 27 December, shows changes in blue. As seen in the image, the majority of growth in the rice fields is visible in December. The grey areas represent either built-up areas or patches of land that saw no changes during this time.

Bodies of water reflect the radar signal away from the satellite, making water appear dark. This can be seen in the Bassac River, also known as the Hau river, in the right of the image. Ships in the river can be seen as bright, multi-coloured dots.

The combination of radar images from the Copernicus Sentinel-1 mission can help monitor and map the evolution of rice cultivation. Radar sensors are particularly useful owing to their ability to detect waterlogged ground and penetrate the humid cloud coverage typical of Asian rice-cultivating regions.