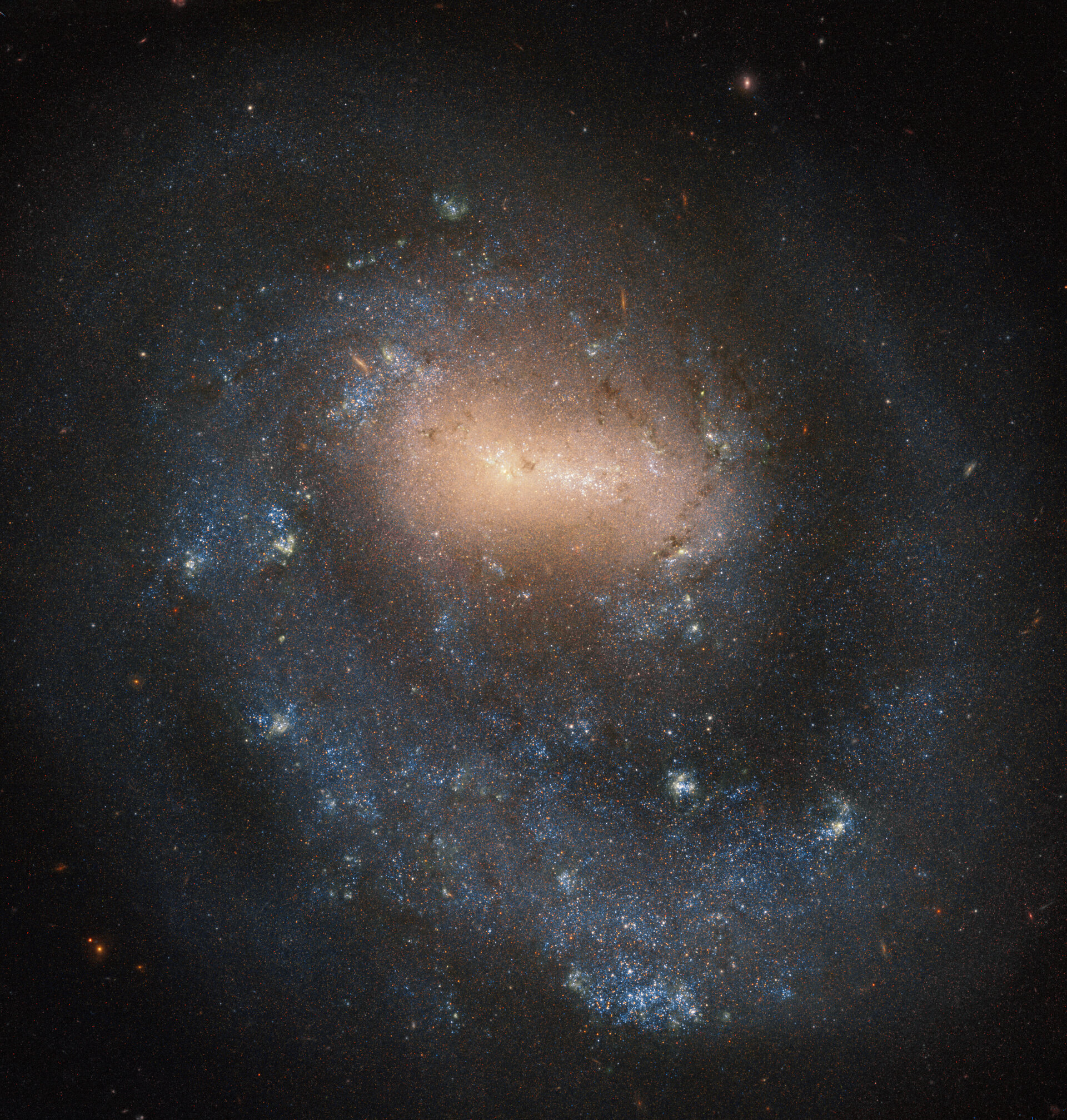 NGC 4618 was discovered on 9 April 1787 by the German-British astronomer, Wilhelm Herschel, who also discovered Uranus in 1781. Only a year before discovering NGC 4618, Herschel theorised that the “foggy” objects astronomers were seeing in the night sky were likely to be large star clusters located much further away then the individual stars he could easily discern.

Since Herschel proposed his theory, astronomers have come to understand that what he was seeing was a galaxy. NGC 4618, classified as a barred spiral galaxy, has the special distinction amongst other spiral galaxies of only having one arm rotating around the centre of the galaxy.

Located about 21 million light-years from our galaxy in the constellation Canes Venatici, NGC 4618 has a diameter of about one third that of the Milky Way. Together with its neighbour, NGC 4625, it forms an interacting galaxy pair, which means that the two galaxies are close enough to  influence each other gravitationally. These interactions may result in the two (or more) galaxies merging together to form a new formation, such as a ring galaxy.