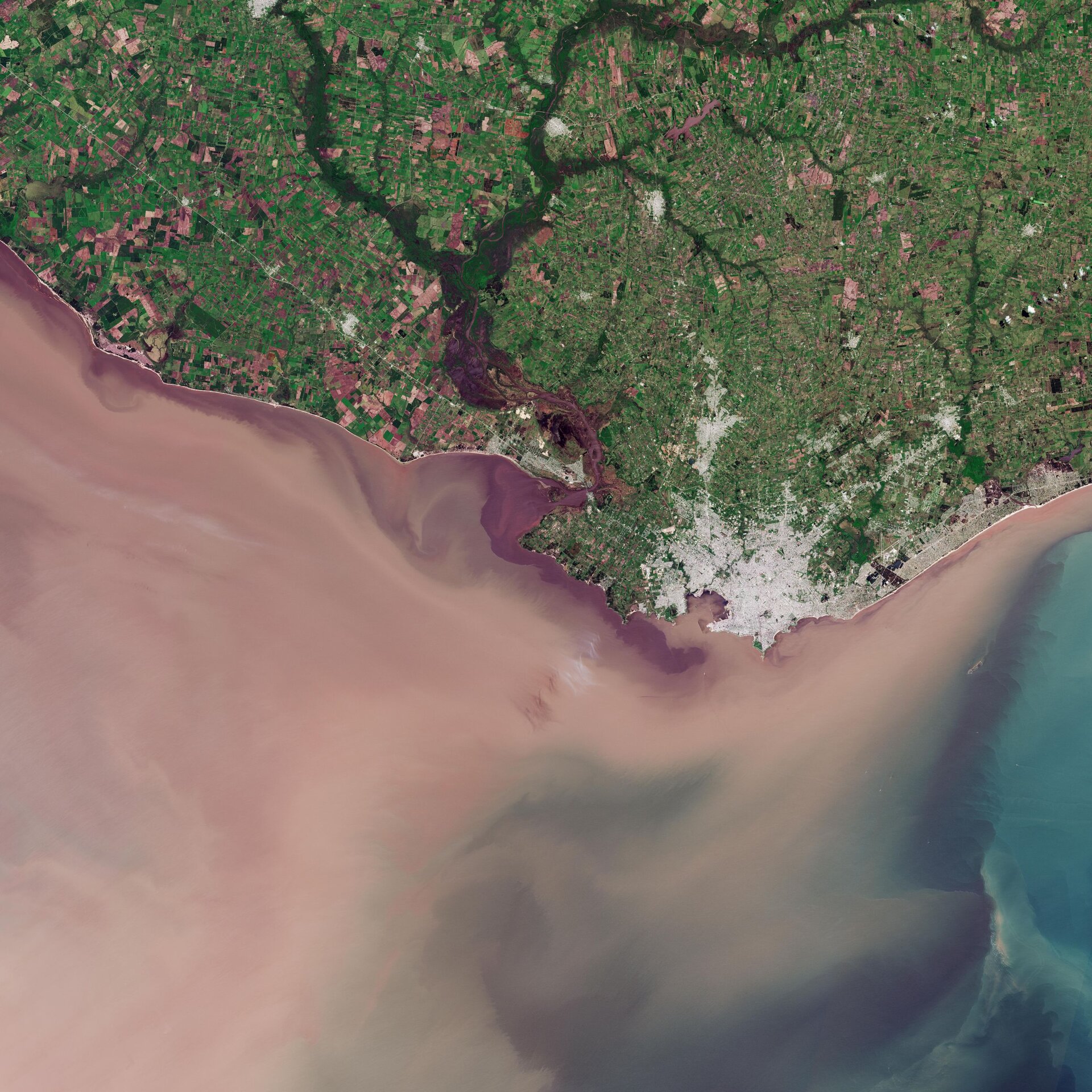 The Copernicus Sentinel-2 mission takes us over Montevideo – the capital and largest city of Uruguay.

With an area of around 175 000 sq km, Uruguay is geographically the second smallest nation in South America. Around half of the country’s total population lives in the Montevideo metropolitan area – visible as a grey, gridded expanse in this week’s image.

Montevideo is the southernmost capital city in the Americas and is known for its beaches – visible east of the city. The Rambla of Montevideo, the city’s famous promenade, stretches for 27 km along the coast – making it one of the longest esplanades in the world.

Montevideo lies on the northern shore of the River Plate, known as Río de la Plata in Spanish, an estuary formed by the confluence of the Paraná and Uruguay rivers. The Santa Lucia River, visible west of Montevideo, forms the natural border between Montevideo and the San José Department. The Santa Lucía River flows for around 230 km before forming a small delta and emptying into the River Plate. It is here that the river’s silt-laden waters, visible in dark brown, mix with the murky coloured waters of the River Plate.

Water from these two rivers then flows eastwards and mixes with the clearer, turquoise-coloured waters of the South Atlantic Ocean – visible in the far-right of the image.

This image was captured on 18 October 2019 by the Copernicus Sentinel-2 mission – a two-satellite mission to supply the coverage and data delivery needed for Europe’s Copernicus programme. The mission’s frequent revisits over the same area and high spatial resolution allow changes in land cover and water bodies to be closely monitored.