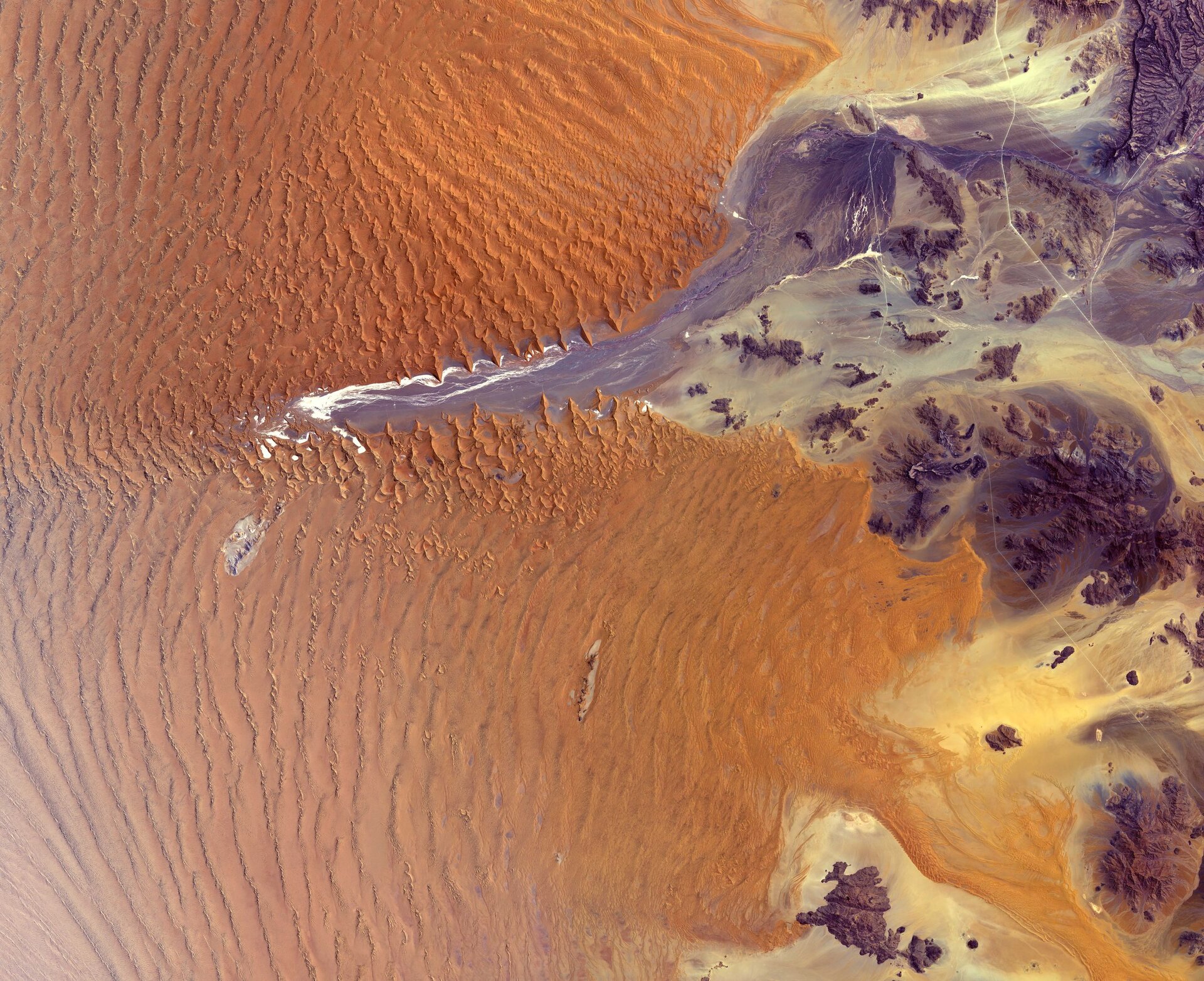 The Copernicus Sentinel-2 mission takes us over part of the Namib Desert in western Namibia. At 55 million years old, Namib is considered the oldest desert on Earth.

The park’s main attraction is Sossusvlei – a large salt and clay pan visible in the centre of the image. The bright white floors of the pan contrasts with the rust-red dunes that surround it.

Sossusvlei acts as an endorheic basin for the Tsauchab River – an ephemeral river flowing from the east. Owing to the dry conditions in the Namib Desert, the river rarely flows this far and the pan usually remains dry most years. In the past, water from the Tsauchab has reached the Atlantic coast a further 60 km away.

The dunes in this area are some of the highest in the world. The tallest, nicknamed ‘big daddy,’ stands at around 325 m. The dunes facing the river valley are called star dunes and are formed from winds blowing in multiple directions, creating long ‘arms’ that point into the valley from both sides.

These dunes contrast with the saffron-coloured dunes visible in the Namib Sand Sea, just south of Soussusvlei. The sand sea consists of two dune seas, one on top of another. The foundation of the ancient sand sea has existed for at least 21 million years, while the younger sand on top has existed for around 5 million years. The dunes here are formed by the transportation of materials from thousands of kilometres away, carried by river, ocean current and wind.

The Namib Sand Sea is the only coastal desert in the world to contain large dune fields influenced by fog – the primary source of water for the Namib Sand Sea. Haze is visible in the bottom left of the image, the last leftovers of fog coming from the Atlantic Ocean.

Copernicus Sentinel-2 is a two-satellite mission to supply the coverage and data delivery needed for Europe’s Copernicus programme.