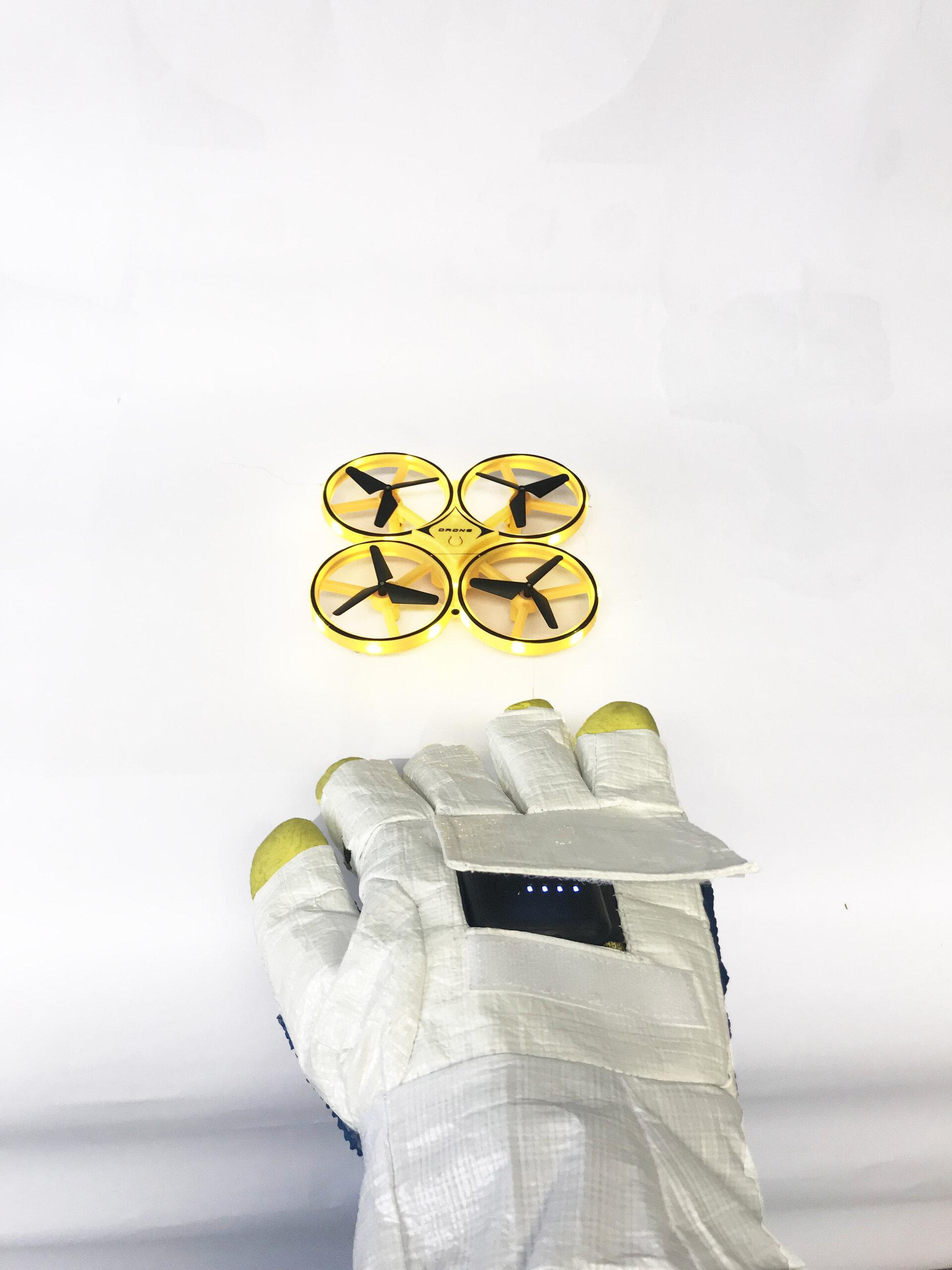 Spacewalks are a risky business and wearing a spacesuit that protects against the vacuum outside our atmosphere is cumbersome. This glove is a mockup concept for astronauts that adds extra functions to the five fingers.

As humankind explores the Universe we will work hand in hand with robots that scout ahead, prepare landing sites and go to places too dangerous or impracticable for humans.

The gloves in this photo are an independent project from French company Comex and designer Agatha Medioni based on materials from the ESA-funded activity Pextex to develop novel space suit materials for the Moon.

The gloves have three extra functions in addition to protecting an astronaut’s hands from vacuum. They can be used to control a martian drone or lunar rover with gestures alone. They have an integrated laser light that can measure distances or target objects. Lastly the materials have a display to show the status of supplies such as oxygen levels. Current spacesuits have this display on the torso and astronauts use a mirror on their wrist to be able to see it.

Future missions will aim to establish a permanent presence on the Moon and new spacesuits would be used for longer and more frequently than those from the Apollo era.

The Pextex project aims to identify and test advanced textiles for spacesuit in Europe. The garments are near airtight and waterproof, can withstand temperature differences of +120°C to –170°C while keeping the astronaut safe though insulation from heat and radiation as well as being strong enough to resist the abrasive lunar dust – all while allowing the human inside maximum movement to get their work done.

Bonus features of a future European spacesuit material might include self-repair, energy harvesting, integrated sensors, robot control and displays. The materials for the Pextex project will be tested with the partner organisations in France (Comex), Germany (DITF) and Austria (Austrian Space Forum, OeWF) and will run for two years.

If you want to propose interesting materials for this study, contact the project coordinators at Comex or ESA.